Home Features How to Identify Selfish Ambition in Your Leadership 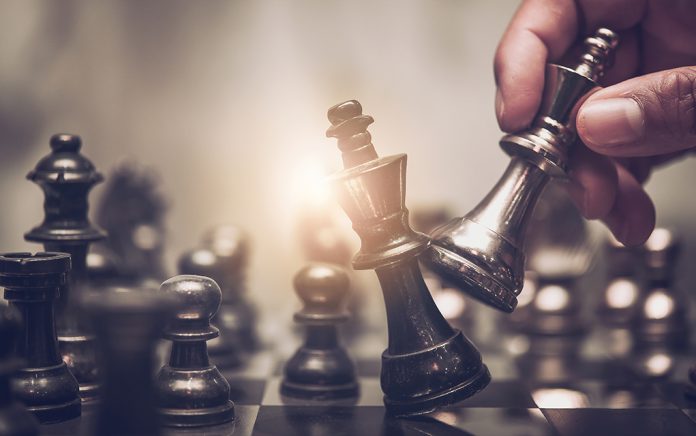 Watch out for these 10 signs.

Let’s ask an awkward, difficult, and at times piercing question:

What motivates your ambition?

That’s an important question to ask. Why? Because if you don’t ask it, I promise everyone else around you will.

Sometimes my motivation is selfish.

I recently interviewed Gordon MacDonald on my leadership podcast (If you missed it, it was one of the best episodes we’ve done to date, listen here).

Gordon observed that most leaders in their 30s are driven by ambition.

Gordon is a little more accurate than I want to admit.

I know I’ve struggled with this over the years. I spent a lot of my 30s in leadership wanting to be that guy who spoke at conferences and was well respected as a leader in ministry.

It’s hard to talk about that kind of thing out loud, and of course, few of us would admit to it publicly, but still, that was very real.

It doesn’t matter what court you play on, the game’s the same: Most of us long to be better known and recognized in whatever field we’re in.

Great leaders aren’t driven by personal ambition, they’re driven by the mission. They know that ambition is a terrible substitute for mission.

What’s the mission? Whatever your organization has set out to do. That’s the most important thing.

It’s been a long process, but I’ve come to enjoy watching the slow death of selfish ambition in my life. It’s not complete—the surrender is regular and in some seasons, daily—but it’s in progress.

So how do you know what’s driving your mission?

Here are 10 signs I’ve learned to identify in my own leadership that will tell you you’re driven by selfish ambition.

1. You’re Way Too Tied to Results.

Look, I will take progress over a lack of progress any day. There’s nothing wrong with that.

But when you’re driven by selfish ambition, your self-esteem rises and falls with the latest results. Have a good quarter and you can do no wrong.

Have a bad one and you want to quit completely.

As a young leader, failure terrified me.

We humans have a deep need for self-preservation, and if selfishness is driving you, you’ll do almost anything to avoid failure.

And yet failure is a necessary ingredient in success. Failure is usually not the end of the road, it’s often the beginning of a new road. But if your personal ambition blinds your vision, that’s really hard to see.

I had an interesting conversation last month as I onboarded a new staff member. We were going over my social media numbers and email list and she asked me point-blank: “Have you ever bought any followers or email addresses?”

From Outreach Magazine  Increase Your Reach at the Outreach Summit

The question surprised me because I rarely think about that kind of thing. It was a relief to be able to answer with a clear and quick “No, actually, I haven’t.”

But buying lists of people to follow you, using cheap growth hacks to quick attract people or money—all of that can be a sign of selfish ambition.

And looking back on a younger me, growth was way too much of a focus.

The ironic thing is once I focused more on quality even than quantity, more people showed up than ever before.

This one’s ugly, but it’s true.

Personal ambition will cause you to use people to get you where you want to go.

Selfish leaders are easy to spot from a distance because usually there are bodies everywhere. People were useful; until they weren’t.

Obviously, not everyone who joins your team will stay on the team long term, but if you have an abnormally high turnover rate and you find yourself constantly complaining about how little you get out of people, pay attention.

As others have said, great leadership isn’t getting work done through people. Ultimately, it’s growing people through work.

5. You Love to Take Credit.

If you find yourself taking all the credit, it’s probably a sign your ego (or insecurity) is a big factor in your ambition.

Selfless leaders celebrate their team, are quick to give credit to others and accept full responsibility for anything that goes wrong.

If you drill down a little deeper, you may discover jealousy and insecurity are driving your desire to hog the credit.

The best way to beat envy is to celebrate the gifts you see in others, and leverage the gifts God has given you. Publicly praising others not only builds strong teams, it breaks the power of envy.

6. You Have a Hard Time Admitting Fault.

And speaking of things going wrong, when you blow it, be the first to own it.

Two of the most powerful words a leader can utter are “I apologize.”

If you’re trying to build a personal kingdom, it’s hard to say no. FOMO (fear of missing out) can drive you so badly you lose the mission in the process.

I still struggle with saying no (podcast listeners will know I often ask my podcast guests how they have mastered the art of saying no), but I’m getting better at it.

From Outreach Magazine  How Can Missionaries Avoid the Trap of Colonialism?

When I really drill down, I see that what I’m most worried about is what I might be missing out on. And you know what? That’s not the most important thing.

The mission matters most. Use that as the filter for what to say yes to, and things change.

8. You Feel Entitled to Success.

Selfish leaders feel entitled to success, whether they’re actually successful or not.

Gratitude makes a great replacement for entitlement. If you spend a lot of time being grateful for anything that comes your way, entitlement fades.

Besides, almost any successful person with a modicum of humility will tell you there is so much grace fused into the success.

Ironically, the larger my platform has grown (it’s way beyond anything I ever imagined, even though there are other platforms much bigger), the less entitled I feel.

Here’s another thing I’m learning. Leaders who feel entitled to more rarely get entrusted with more.

9. Winning Is More Important Than Loving.

I have really struggled with loving well in my leadership. In my early days, I thought that success made up for anything and everything else.

I was completely wrong.

Love is the most important thing, period. Not only does love sit at the heart of my faith (the absence of love signals the absence of God), but it also turns out to be the best way to motivate a team, lead an organization and live.

Loving people brings out the best in people.

If you’re looking to build a team, remember this: People gravitate to where they’re valued most. If you want great people, value them.

But, you ask, what do you do with difficult or toxic people? Here are some ideas.

Not every selfish leader is driven by ego. Many (I would argue, most) are driven by insecurity.

An insecure leader is always an ineffective leader.

My personal battle with insecurity has taken years, but a few things have helped immensely.

For starters, try celebrating other people’s success. Envy and jealousy drive an insecure leader’s emotions whenever there’s a win on the team, and that’s never good for anyone.

Second, push other more talented people into the spotlight. Invite the better speaker to speak on your stage. Invite the smarter leader into the meeting and let her speak.

For you to win, someone else does not have to lose. Life is not a zero-sum game.