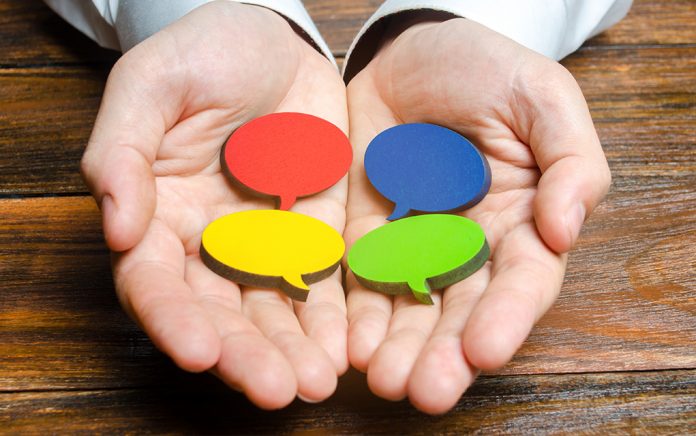 Here are some key foundations for accepting critique graciously and gracefully.

If you’re in any leadership position—whether a CEO over hundreds of employees or a parent raising children—you’re well-acquainted with criticism.

Unfortunately, the frequency of criticism doesn’t remove its sting. Most of us would like to lead well, so when we miss the mark, it can be discouraging.

But just because criticism can hurt doesn’t mean it’s not good for us. Scripture paints a positive picture of anyone who welcomes correction as wise (Prov. 9:8, 15:31) and those who reject it as foolish. Furthermore, we’re instructed to use all Scripture “for reproof” and “for correction” for our good and God’s glory.

CORRECTION IS CRUCIAL TO EVERY LEADER’S GREATNESS

Since God alone is all-wise, every leader has blind spots. A leader’s greatness is often dependent on how much they allow others to speak hard words to them when they are in error. We’ve all read news headlines covering fallen leaders of highly profitable organizations, thousand-membership churches, and model families. One question I can’t help but ask is, “Did he or she invite correction, or were they surrounded by yes-people (Prov. 27:6)?”

Such outcomes illustrate that success shouldn’t be measured solely by company revenue, church membership numbers or well-behaved children. But a leader’s success must be defined holistically, with one’s disposition towards God’s purposes and plans at the center of what is considered greatness.

From Outreach Magazine  What Will It Take to Reach Gen Z?

Isn’t it fascinating that Jesus used children and servants to illustrate what is required to achieve true greatness? Why? Consider the disposition a child or servant was expected to have in Jewish culture. No one was more likely to be corrected or criticized than a child or servants.

Furthermore, we can safely assume that godly children and servants welcomed correction and criticism because they valued the contribution it made towards their overall growth and success. Therefore, every leader who desires to be great should adopt a disposition towards correction that aims to grow in wisdom and service.

If a leader rarely receives criticism, one shouldn’t assume it’s because he or she is doing an excellent job. It’s easy to overtly or inadvertently make peers and employees feel uncomfortable offering criticism or concerns. Whether it’s a defensive tone or dismissive remark, it doesn’t take a lot to appear unapproachable.

To become a leader known for welcoming criticism, you must invite those under your leadership to approach you when they have concerns. One of the best ways, I think, to accomplish this is by regularly asking for it corporately and privately. Public invitations are helpful, but private requests with engaged follow-up assure everyone that the invitation is genuine.

ALL CORRECTION IS NOT EQUAL

Once you extend the invitation, you should set realistic expectations for the quality of criticism you will receive, especially if you were perceived as unapproachable in the past. Just as you haven’t had practice receiving it, those around you likely haven’t had practice offering it.

Therefore, criticism will range from constructive to destructive and everything in between. Regardless, great leaders will respond graciously, slowly and thoughtfully, irrespective of the value offered. This type of thoughtful response reaffirms to your critic your commitment to receiving correction and models how to respond when given.

From Outreach Magazine  Research: Only 1 in 3 18–35-Year-Olds Feels Cared For

Modeling how to give and receive criticism also sets a standard of excellence and cultivates a culture of greatness. Companies, churches and families that embrace a proper view of criticism and exercise healthy practices have an automated resource that nurtures excellence, growth and collaboration.

YOUR IMPERFECTION DOESN’T DEFINE YOU

Despite its helpfulness, when misdirected, ill-timed or unfair criticism has the power to do great harm if our eyes aren’t fixed on Jesus. But the good news is your performance, or the negative opinions of others don’t determine your value or worth. If you are in Christ, his righteousness alone covers and frees you from the curse of criticism. Therefore, when someone offers praise or correction, as you embrace the truth and beauty of the gospel, you will be able to respond with grace rooted in peace that surpasses understanding.

Great leaders can’t be righteous and always right. Whether a leader decides to welcome correction ultimately determines where their allegiance lies and whether they will ever be considered truly great.