Home Features Why We Must Embrace Healthy Conflict

The pain of small conflict now will protect you from catastrophic conflict down the road.

I hate conflict. Maybe you do too.

Your heart rate rises, you get goose bumps, and you oftentimes want to say something you would later regret.

For those of you who don’t mind conflict, odds are, you work with many people who don’t like conflict. This article will give you a better idea of how their brains work, and how you can work with them in the future.

To give you some context on where I am coming from, here are my top five strengths on Strengthsfinder:

I am not wired for conflict.

So, why am I writing an article about how it fuels growth?

Because it does. I have been wrong about it for years, and I see many pastors and leaders who struggle with it in the same way I do.

My train of thought makes sense to me: I don’t want to risk damaging a relationship for the sake of improvement.

That motivation feels right to relational leaders, but it is often the wrong move. And everyone in your church probably sees it.

If you want your church members, volunteers and staff to grow, both in numbers and in maturity/discipleship, you need to embrace little moments of conflict.

But Dillon, conflict in the church is bad, right?

Wrong. Not all conflict in the church is bad.

I totally agree that:

Nobody wins in an unhealthy church split.

Nobody wins a screaming match in the office.

Nobody wins when a church makes a decision to close its doors.

These are all disasters that are packed with division and conflict, but they can be avoided.

How do we avoid them?

I’ve had to learn that minor moments of healthy conflict help you avoid massive moments of division that lead to disaster.

It’s like a flu shot. You get a little bit of the disease (hard/uncomfortable conversations) that your body can handle so that you don’t end up getting the full-on flu (division and disaster) later.

The same thing happens in marriage. If you never talk about the things your spouse does that bother you, one day you end up blowing up at them, and you both leave that conversation hurt and angry.

Your blowup could have been avoided if you would have had a minor, difficult conversation about their habit earlier.

We have to talk about small issues before they become big issues.

Your church is the same way. Minor moments of healthy conflict help you avoid massive moments of division.

Here are four concepts with regard to healthy conflict that will help your church grow:

Here is the problem with avoiding conflict as a Christian: Part of speaking the truth is inherently confrontational.

It’s critical to know what you are for as an organization, but if you are fighting for something, that implies you are also fighting against something.

Your people need to know what they are fighting against. If you don’t define their enemy, they will.

There are a few things the church and its leaders need to be openly in conflict with at all times: Christians not acting like Jesus, anti-Christian teachings, and at the very base of it all, the gospel not being shared with more people.

We see just how quick we need to be to address these things in the writings of the apostles John, Paul, and especially in the life of Jesus.

They were careful how they approached it, but they embraced conflict and stood up against the worldly tendencies seeping into the church.

We need to do the same.

As church leaders, we have to be ready to have:

Hard conversations with our members about the sin in their lives.

Hard conversations with those outside the church who say things like, “We all follow the same God, right?”

Hard conversations about the importance of reaching more people with the gospel.

People don’t grow until the pain associated with not growing is greater than the effort it will take to grow.

Read that again. (This is based on one of my favorite of Carey Nieuwhof’s quotes.)

When I first started working for Carey, I had a ton of growth I needed to undergo in a short amount of time.

He knew that I would likely need to experience pain to grow, and he had to find a way to lead me into that.

As my boss and coach, he used strategic bits of manufactured pain and conflict so that I would become the leader I needed to be. I go into detail about what exactly he said here.

Because Carey cared about my development, he allowed me to undergo some short-term pain so I could experience growth that would benefit me the rest of my life.

As a leader, if you love your people and want to see them grow, you should do the same.

3. CONFLICT LETS YOU HAVE THE AWKWARD CONVERSATIONS YOU’VE BEEN AVOIDING.

Imagine you have a volunteer who needs some coaching. Maybe they shake guests’ hands for just a little too long, or they don’t actually address first-time guests when they are greeting, or maybe they carry an odor that is a bit discomforting to anyone they serve coffee to.

You want to say something to them, but they are working for free so you don’t want to offend them and have them leave the church or stop volunteering, so you just don’t risk it.

This is a massive mistake.

What if you had a close friend with a similar issue?

Should you embrace the moment of conflict and tell them what they are doing wrong? Of course.

You would be a terrible friend if you didn’t tell them.

You are doing the same thing when you don’t call out your volunteers.

If you love your volunteers and the people they are serving, you will hold them accountable to doing their best. The only way to do that is to have hard conversations when necessary.

Obviously, be careful how you go about it, but if you are willing to have these conversations early, your volunteers will thank you and will stick around.

If you don’t do this, mediocrity takes over your organization, high capacity volunteers will stop volunteering, and first-time guests won’t come back.

4. CONFLICT CAN REMOVE THE TENSION FROM YOUR TEAM.

If you don’t address building tension in your organization, eventually it will address you, and it won’t be pretty.

No matter how healthy your organization is, staff members get hurt, and tensions grow.

It happens to you, too. One person questions your authority or gossips about you, and you are silently angry and bitter for the rest of the day.

Many leaders, including myself, push through the pain and act like it isn’t affecting them. But it is.

We tell ourselves that staying quiet is the strong thing to do.

But just pushing through and not dealing with pain from coworkers doesn’t result in a stronger leader or organization.

So what should we do?

When someone hurts you, go to them ASAP. Have a hard conversation. Don’t run from the hurt. Jesus didn’t, Paul didn’t, and neither should we.

When you set the tone for your team of embracing healthy conflict and requiring them to do the same, you create a culture where your team chooses the small pain in the moment rather than the catastrophic pain down the road.

Your decision to embrace conflict will change the entire trajectory of your staff and organization.

If you don’t already practice this, this is a change you need to make. 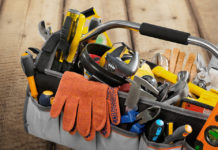 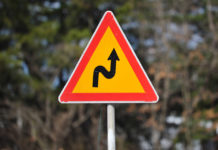 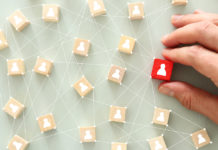