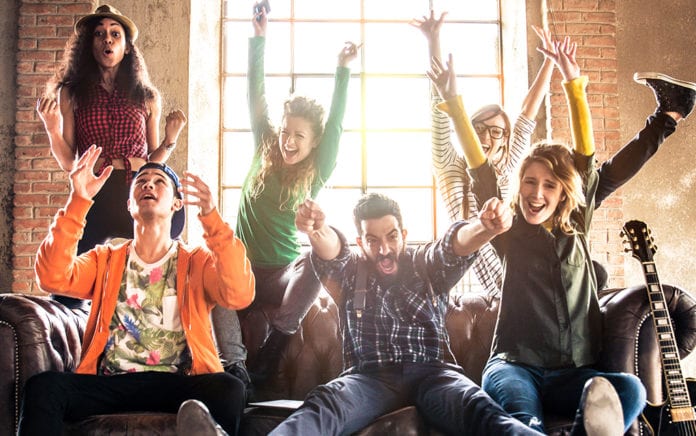 Reaching young people is important, but not to the detriment of reaching established generations.

Obviously we want to reach everybody with the gospel, but the truth is, a significant number of pastors and Christian leaders are overly obsessed with reaching young people—especially when it comes to hiring a team. I totally understand—after all, I was the executive producer of the Hillsong movie—and I’ve done my share of consulting with major churches and ministry organizations helping rebrand them for a younger target audience. But in our relentless pursuit of younger people, I think we’re forgetting the audience that could make a remarkable difference right now.

Plus, if our major metric is focused on reaching young people, some churches like Hillsong, Life Church, or Elevation do it well, but I worry that other churches who are also doing great work consider themselves failures because they’re not reaching that narrow audience.

From that perspective, here’s why I think we need to dial down “ageism” in the church, and learn to welcome—even pursue—older people:

The older generation are still the kings when it comes to giving. A 2018 Federal Study found that millennials compared to previous generations have “lower earnings, fewer assets and less wealth.” The older audience has plenty of disposable income and understand the principles of giving—so don’t be afraid to tap into that.

Understand they’re not just “older,” they’re experienced. They’ve been there and done that. Challenges that seem so large to younger people are often nothing to the older crowd. They’ve already been through it and know how to solve the problem—and if they don’t have the answer, the challenge doesn’t scare them.

Office politics and competition mean much less to older employees. People who have had long careers are generally more easygoing and easy to get along with than younger people. They’ve seen it all so they’re not going to fight for the window office, or to be in charge of anything. Plus, their skills at managing positive relationships are much more advanced.

From Outreach Magazine  Shame Off You

Older employees aren’t as expensive as you think. Older employees are often receiving multiple streams of income and don’t really need the big salaries they once commanded. In fact, many are more than willing to take a pay cut in order to find a great job where they can still contribute.

One thing worth mentioning is that the baby-boom generation actually knows more about changing the world than anyone on the planet. Remember that the world has bent to their will since they were born. Because of their size, they shifted the thinking on everything from lifestyles to entertainment, politics, religion and more.

And don’t forget that older people today aren’t really old. Even people in their 70s today were part of the rock and roll generation, which means they’re not as stuffy and closed-minded as you may think. They grew up with The Rolling Stones, Led Zeppelin and Dylan. So trust me—nothing you’re doing will freak them out.

With that in mind, here’s what I’d recommend you start doing today:

Be intentional about including older candidates in your job searches. There’s an incredible amount of skill, talent and experience out there, and by excluding that group, you’re only hurting yourself and your organization.

Think in terms of “teams” and encourage old and young to work together. You can still keep younger people in charge of teams or departments, but make sure there’s an older employee nearby to offer advice and counsel.

We’ve always been big on internships, but think more about using older employees to mentor a younger team member. I still remember things I learned from Matt Connolly, the first television director I ever worked for. He took me under his wing and had an indelible impact on my career.

We want to value the spark and original ideas younger people bring to the table, butdon’t let that obscure the fact that more senior members of the team have a lifetime of experience and will help determine which ideas might work and which might not.

And finally, take the time to learn who the “older” generation really is. Here’s an AARP demographic report that will give you more than enough information on the older generation.

I understand that there are plenty of older employees, volunteers and church members who are stuck in their ways, grumpy or just outright cranks. But I can also show you just as many younger people who are insecure, arrogant and know-it-alls. Every age group has it’s strengths and weaknesses, so we need to look for the all-stars across the board.

When we do that, everyone will benefit, and we’ll make the biggest difference in the culture.