Home Features Will You Walk in Faith or Try to Do It Your Own... 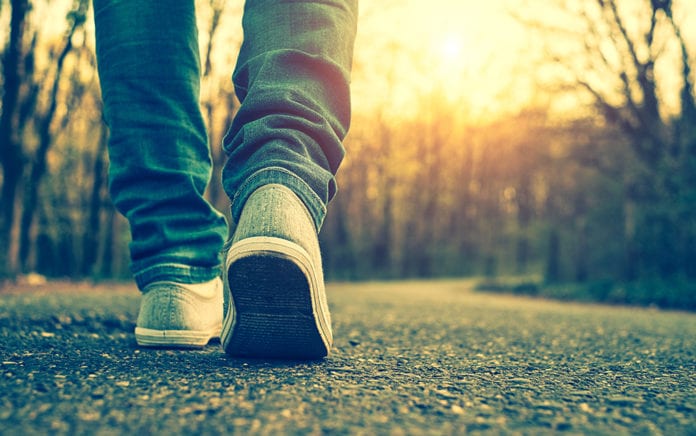 Moses’ disobedience, striking instead of speaking to the rock, kept him out of the Promised Land. What will you choose?

Here at The Summit Church we have an audacious goal of planting 1,000 churches by 2050. (By God’s grace we have already planted 298 churches.) One of the most bittersweet realities of planting churches, however, is sending out our best leaders. So we decided to ask some of our Summit Network church planting pastors to give back a little, sharing the wisdom they’ve learned along the way. First up: Chuck Reed. –Chris Pappalardo, Editor J.D. Greear Ministries

Many years ago, I had the privilege of coaching a basketball team through our city’s housing authority. We played many of the housing authorities throughout the state, and the year prior to my leadership the team went undefeated and won the “chip.” Notice I said, “the year prior.” During my tenure as coach, we lost every game and one would be my worst loss ever as a coach. We started out quickly and confidently, taking an early 6–2 lead. The opposing team took a timeout, but I wasn’t worried. All seemed headed in the right direction for us. After all, we were the reigning champs.

What I learned then is what I am learning again now in the thick of year one of church planting: Starting from scratch is not easy, but it is worth it. In addition to being a husband and father, being a church planter is, truly, the hardest job I have ever loved. I have learned, early and often, what Paul meant when he wrote, “In my weakness, God’s strength is made perfect” (2 Cor. 12:9).

The biggest “love lesson” that the Holy Spirit has taught me this year is what we at Rebuild Fellowship call the “Rock of Stages.”

In Exodus 17, Moses was instructed by God to provide water for the grumbling Israelite community by striking a rock with his staff. He did, and the waters of provision flowed. Rock No. 1.

Later on, in Numbers 20, the same grumbling Israelite community was overcome by a deep level of thirst again. This time, God instructed Moses to speak to the rock in order to provide water for the community. Rock No. 2.

But here’s the problem: At Rock No. 2, Moses pulled out his staff and took a swing. God had said, Speak, but Moses thought, I’d rather strike. Lest you think this is a small thing, God thought Moses’ disobedience was so significant that he couldn’t enter the Promised Land because of it.

That’s a big deal. That’s Moses, the reigning champ, getting run out of the stadium 96–17.

You see, God has been hammering me with this question: Which Moses are you? Are you the Moses at the first rock or the second? If I am operating out of faith and obedience to God, as Moses did at Rock No. 1, my soul is in a posture of rejoicing in the Lord. Bring on the ministry frustrations. Bring on the fatigue. God is leading the way, and I can trust him.

But if I am operating out of frustration, disobedience can enter in, and I will be like Moses at Rock No. 2. I’ll start seeing the wonderful body of believers God has entrusted to me as nothing more than a grumbling, thirsty hoard. I’ll forget that these are my “army of trusters,” one of God’s greatest blessings in my life. And instead of trusting that God is leading the way, I’ll start charting the course myself.

From this posture my soul is downcast and I need to repent, putting Psalm 51 into action quickly.

It doesn’t matter if you’re in year one of ministry or year 51. Ministry can be a grind. It can feel like a desert. I find that every day God puts before me two rocks and asks me to choose: Will you trust me and let me show you the next step, or will you try to achieve victory on your own?