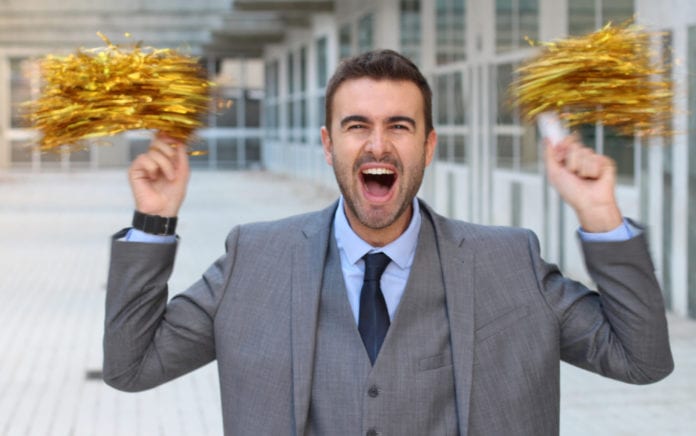 You can boost your staff, volunteers and congregation by being intentional about cheering them on.

Several years ago I attended a Rick Warren conference when Mark Beeson, pastor of Granger Community Church spoke. I’d never heard him speak before yet 10 years later I still remember two qualities about his talk. First, he knew how to tell a funny story. Second, he believed that one of his primary roles each Sunday was to be a cheerleader for the people.

That image struck me at the time as a bit odd. But the more seasoned pastor I’ve become, I’ve realized the wisdom in his words.

In high school and college when I’d attend a football game, if the game wasn’t going well, we spectators would boo, sigh or even leave if the score got too lopsided. Not a cheerleader, though. Even if their team is getting stomped, they still cheer. Can you imagine cheerleaders walking off the field when their team gets behind? Actually, when things look bleakest, they intensify their cheers.

Mark explained that he’d never let a Sunday pass without specifically thanking several volunteers for their service. I’ve taken that to heart and have found that when I look a volunteer in the eye and say, “Thanks for serving today,” I see their countenance brighten. I will often roam the church building corridors before the service and thank as many volunteers as I can.

We probably will never know the kind of week many of our volunteers have faced. In spite of a bad week, they show up and faithfully serve. When we take notice and tell them we appreciate them, I believe we deposit hope into their hearts.

So, if you are a pastor, put on not only your leading hat or your teaching hat this Sunday. Put on your cheerleader hat as well.

From Outreach Magazine  The Pursuit of a Different Kind of Happiness

How have you encouraged your staff and volunteers?