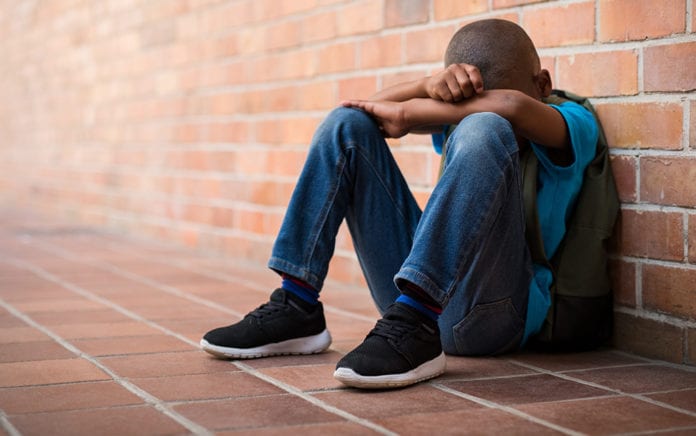 The Executive Committee dismissed the allegations too quickly.

The Southern Baptist Convention often does the wrong thing before it does the right thing.

The Houston Chronicle’s Abuse of Faith series pointed out what many already knew—the SBC has an abuse problem. SBC President J.D. Greear sought to at least take some steps to address it. The bylaws workgroup of the Executive Committee of the SBC heard his call and decided to address it—at lightning speed.

And, according to a growing number of Southern Baptists, without due diligence.

Actually, they declared (without actually doing much inquiry) that “no further inquiry is warranted” in most of the cases.

Now Southern Baptists have been accused of not taking sexual abuse seriously, and when the members of the Executive Committee responded, it seemed they did not take such allegations seriously as well.

I should add that in three cases, they did say the situations required more diligence. One of those was Sovereign Grace Church in Louisville. Of course Sovereign Grace needs to do such an investigation. That has been obvious for years.

But others need more investigation as well.

And these interventions are not supposed to happen at lightning speed.

The hasty response issued by the bylaws workgroup of the Executive Committee to a group of churches named by the Houston Chronicle has been roundly criticized by pastors, abuse survivors and survivor advocates. Executive committee members are now tweeting their own statements.

These statements have been picked apart for a multitude of reasons, but two are particularly problematic.

First, the response was issued just one day after requested information was provided by Greear to the committee.

The Executive Committee staff has been through an inquiry before. It was 2014 when they first took the action of disfellowshiping a church on behalf of the convention. The Executive Committee officers became concerned about a pastor’s views on homosexuality as they learned about them on social media. They asked the EC staff to research and then initiated the process through the bylaws workgroup, ultimately bringing the recommendation before the full committee.

The initial post on social media was in February. The EC’s process was completed in September. And just last year, the Executive Committee again disfellowshiped a church on behalf of the Southern Baptist Convention, this time over allegations of racism. This action followed two years of attempted intervention by the local association and state convention.

Assessing these situations typically takes months or, in some cases, years. Now, suddenly, a Baptist committee is able to consider six churches in just over 24 hours and declare them all open and shut cases?

You can see why some may not feel that due diligence was done.

As Greear explained in a statement, in most situations in which a church’s handling of an abuse case has been challenged, we believe prudence demands dialogue not only with the churches themselves, but also victims, victim advocates, and other authorities directly involved in the documented reports to ensure that the churches have acted, and are acting, in ways consistent with the Southern Baptist Convention’s stated commitments to preventing abuse. Maybe, we could say, “Let’s take some time and look at these situations.”

That would not be too much to ask. Some of the churches named by Greear have already spoken up, some surprised they were named. So let them speak. Let the Executive Committee listen, but also listen to those bringing accusations or concerns.

The full Executive Committee needs to walk back this too-quick response.

Second, the response cites criteria for disfellowship that do not serve churches or survivors well.

The established criteria make conviction the threshold for inquiry. As such, hiring R. Kelly at this moment would not violate the criteria.

This is problematic for many reasons—most of all because credible accusations are often brought forward against sexual predators, but charges are not always filed. In fact, even when formal charges are filed, arrests are made in only 29 percent of child sexual abuse cases. Failure to report is often due to statute of limitations, because the victim was above “the age of consent” (it’s not illegal but it’s still abuse), or for a variety of other reasons.

This arbitrarily high standard for inquiry has also been met with widespread condemnation.

One of the most prominent of these voices, Rachael Denhollander, had this to say on Twitter:

“I am deeply grieved at the SBC EC response to J.D. Greear. The EC has demonstrated the exact problems that lead to the abuse of so many—whitewashing the crimes and cover up, choosing largely irrelevant criteria, and investigating issues they have no training to investigate.”

Simply put, the standard of inquiry established by the EC is more likely to embolden abusers, silence victims, and perpetuate the problem for years to come.

The full Executive Committee needs to walk this standard back.

So why is this important for the SBC?

Because to many survivors and victim advocates, the appearance is that bylaws workgroup of the Executive Committee took the well-worn, but easy path. To many, they simply declared Saturday night that they really don’t want to make progress in this area, or as Denhollander put it, they are more interested in “whitewashing the crimes and cover up.”

Some may say, “Well, Greear did not allow for due process.” But that’s exactly what should have happened. The bylaws workgroup should have responded with due process, not a fast response that is now being widely (and rightly) criticized.

I will not judge where their hearts are in this, because I do not know. But I can say that even if they did not intend it, they effectively communicated that they did not take the time to reach out to learn more.

That’s not just a public relations disaster (and Southern Baptists specialize in those), it is just wrong. It is tone deaf and hurtful to survivors.

This is not the right path and it is not the moral path. Keith Whitfield, dean of graduate studies at Southeastern Seminary, said it best when he spoke of the larger problem of abuse in the SBC in a recent article:

“Southern Baptists are proud of our ‘Conservative Resurgence’ of 1979, when we reaffirmed that we believed the words of Scripture were the Words of God and should be the authoritative basis for truth. But now Southern Baptists require a ‘Moral Resurgence‘ to drive us to apply the teachings of the inerrant Word of God regarding who we are as human beings.”

Leaders lead. And the SBC now has a leader in President J.D. Greear who is calling churches to a higher standard when it comes to sexual abuse. This is a needed change in the SBC, and one that will likely foster some discontent among some.

But inaction is not an option.

Our churches are called to a greater purpose and to greater action when it comes to addressing sexual abuse. Last December, Dr. Tammy Schultz, my fellow faculty member at Wheaton College, wrote on The Exchange:

“Churches where the rivers of solace, comfort, justice, accountability, and truth-telling flow freely.

“Churches that are dedicated to repairing the institutional cultures that enabled violations to initially occur.

“Churches who will promptly report suspicions and allegations of abuse to proper authorities.

“Churches who will not shrink back and will face the crushing pain of sexual violations both in and outside the church.

“Churches, where survivors can be whole individuals, not having to hide parts of themselves and their experiences for fear of invalidation and exacerbation of shame.

“Churches who can bear the sad stories of survivors and celebrate their steps towards healing, absent of demands and impatience to move on quickly.

“Churches, the sheepfold, the family of God, who will embrace our mandate by God to care for the violated.”

With the report issued on Saturday night by some members of the Executive Committee of the SBC, some have questioned whether or not the committee wants Southern Baptist churches to strive to become the churches described above.

I know I do. I know J.D. Greear does. And I know scores of other Southern Baptists do.

Since Southern Baptists often do the wrong thing before they do the right thing, I’m hopeful that the Executive Committee will see that “further inquiry” is good for everyone involved—the SBC, the churches named, and (most importantly) the survivors.

I trust the full Executive Committee will walk this hasty action back and help survivors to see that they are worth more than a quick dismissal.

It’s never too late to do the right thing.