Home Features Why You Should Plan Your Succession Now 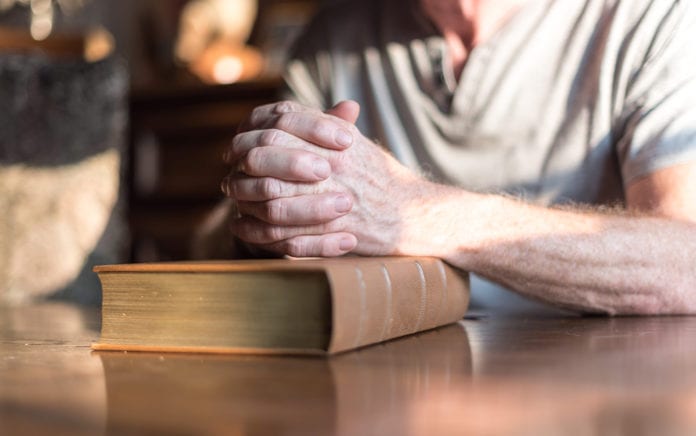 Here are some methods, benefits and reasons I started planning my succession the week I became a pastor.

I was at the last church I served for six years, and I started planning my succession the week I arrived. It’s an idea I recommend to others as well.

I don’t say this to promote short pastorates, or to discourage the putting down of roots. But in serving two church plants and two church revitalizations, I’ve learned that intentional endings are as important as our intentional beginnings. In fact, in the last church my wife and I served,

God seemed to make it clear we were there for one primary goal: “To position the church so it could exist another 100 years.” (I should add “if the Lord wills and He doesn’t permit people to mess it up”.)

We never knew how long we might be there. The first few years were difficult and we thought at times God may have had us there to make hard changes and then He would move us elsewhere. Things turned for good—very good—after three years into our time and God still had us there. We even thought we might be at the church for a long-term pastorate. We sold our townhouse and bought a house. We were settling in nicely when this new opportunity presented itself. So, as is usually the case in God-callings, we didn’t see this transition coming.

But what we did know is this—from the moment God made that clear that our role was to position the church so it could exist another 100 years, we knew the way we ended our time at the church was just as important as the way we had begun. Finishing well mattered greatly to our ministry.

In fact, as one who has written and spoken frequently about church leadership, I have always felt a certain responsibility to transition well. The way we end is just as important, if not more, than how we begin.

So, here’s what I did. I’m not saying it’s the right way or the best way – and I’m certainly not saying it will work for every church, but so far it seems to have worked in this situation.

I thought about it early. I didn’t wait to see how long I would be at the church. I didn’t know, but I was pretty sure I wouldn’t be there another 100 years. (That would have been a miracle.) So someday I knew the church would be seeking another pastor. That’s why I could in good conscience say our succession plan was six year—the entire time I was pastor.

To be specific here, our process had the deacon chairperson playing a key role in beginning the search process. It was the only remaining governance responsibility of the deacons. (This is obviously where the process might differ in other governing structures.)

From Outreach Magazine  How NOT to Avoid Conversations About Religion

Knowing, however, that this position had that role, I intentionally spoke into who would serve as chair of our deacon body. I didn’t name the person. I didn’t have that authority, nor would I have used it, but I did use my influence to sway who the person was. I knew we needed someone open to change, respected in the church and not self-serving. (I realize some will think this was a power play on my part – and they are welcome to their opinion. For me it was simply an intentional effort of attempting to finish well – when the time came.)

I kept a list. I intentionally kept a short list of names of people I thought would be a good fit for the church should I ever depart. It was a confidential list. Only a couple people and my wife knew I was thinking this intentionally. I even brought a couple of them in to talk about joining our staff to be a potential candidate. That never worked out, but I still had my list of names.

I negotiated a longer exit than normal. You won’t always be able to do this, depending on where you are leaving and where you are going. It will also depend on why you are leaving. Thankfully our church was healthy and acceptable to me staying longer and Leadership Network’s Board was understanding of my desire to finish well. (I suspect they would want the same from me if God ever calls me elsewhere.) Having a longer transition time allows ample time for people to say goodbye and time for you to help steer the church towards a good process of replacing you.

I worked the plan already in place. When the time came and I knew I was joining Leadership Network I began to implement the plan I had already had established in my mind. One of the first calls I made was to the deacon chair. He is all that I described above.

I introduced him to the idea of using an existing group of church members as the search group. In our context that was a church appointed team of people assigned to another task. They were trusted and vetted by the church already. (It would take too long to explain what this team did. They were a special advisory group to me as pastor, but it could have been any team already approved or respected by the church.

The deacon chair liked the idea. We had to get the search team approved by the rest of the deacons and the church. I cast vision in each of these settings (I always tell pastors this type vision-casting should be one of your strongest messages.) In a few weeks, we had a fully approved search committee ready to go to work before I left the church.

From Outreach Magazine  Try This: Give a Sick Child the Chance to Give to Others

I shared my list. I met with the new search committee, who I already had a good relationship with because of our previous work together, and shared the names on my list. As I recall there were 8 names. I felt best about a couple of them. We discussed all of them. I suggested they work the list and if no names were found to hire a search firm. I excused myself and never met with them again, but did entertain questions from them and certainly I was praying for their work.

They quickly got to work, listened to tons of messages and did online searches. They landed on one of the names and began to engage with him. A month or so after I left they were fully certain this was something God was doing in the church. They had found their next pastor.

I cheered (and keep cheering) my successor from the distance. Less than four months after I preached my last sermon my successor preached his first sermon as senior pastor. I have continued to be his biggest fan and available as needed for any questions he might have.

Ray Green is a far better pastor than I will ever be. He’s a visionary leader, a gifted teacher, and an incredible friend. He married up as I did. He has a beautiful family. Best of all he loves Jesus well and wants to make Him known.

(Only because I know some will wonder how things have gone. They ended the year strong, meeting budget and having the highest Christmas attendance in the history of the church.)

Moral of my story is simple this. If you want to see the church succeed long-term you have to be intentional in finishing well.

By the way, in my new role with Leadership Network, I have been overwhelmed by the stories of impact we have had on churches. In our history, we have primarily focused on the largest and fast growing churches; believing that as they innovate and grow it will impact all Churches.

Certainly we have seen this to be true. In the area of multi-site churches, for example, when Leadership Network began addressing this issue around 1998 there were few churches involved. Our estimates today are more than 5,000 churches who have additional campuses. Of course, that’s not all the work of Leadership Network. It is mostly the work of innovative churches, but story after story reminds me just how vital Leadership Network’s role was in helping this become a reality.

Helping the churches we helped accelerate and grow also remain healthy and transition well is something I feel passionate about us doing as a ministry. Stay tuned for more on this.