Home Features Knowing When to Say ‘No’ to a Leadership Opportunity 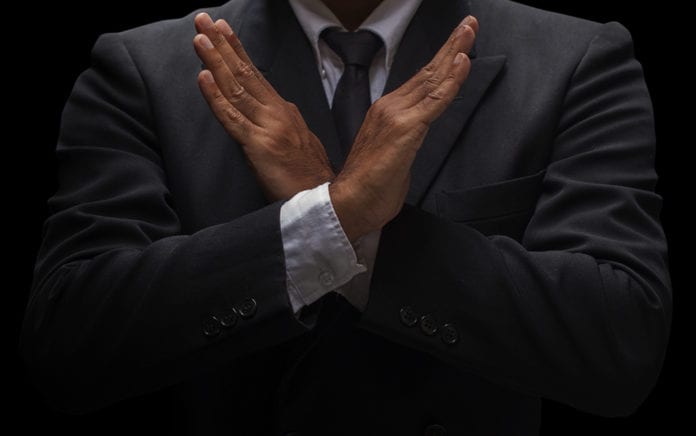 As people who lead in the name of Jesus, we are not to enter every open door or seize every new opportunity. Why? Doing so prematurely, i.e., outside of God’s timetable, damages both ourselves and his long-term kingdom mission in the world.

We see this in biblical examples such as Jesus’ limits on the authority of the Twelve as he discipled them as well and the seven sons of Sceva’s premature attempt to drive out evil spirits for Jesus without a life with Jesus.

The ancient church talked about saying no to leadership opportunities a lot more than we do today. For example, here’s a passage about Theodore of Pherme (a 4th century desert teacher) who said no to pastoral leadership in his day:

“Time after time, the old men brought him back to Scetis saying, ‘Do not abandon your role as a deacon.’ Abba Theodore said to them, ‘Let me pray to God so he may tell me for sure whether I ought to function publicly as a deacon.’ This is how he prayed to God: ‘If it is your will that I should stand in this place, make me sure of it.’ A pillar of fire appeared to him, stretching from earth to heaven, and a voice said, ‘If you can become like this pillar of fire, go and be a deacon.’ So he decided against it.”

This story should make us uncomfortable as exercising a role of leadership for Jesus is weighty. To what extent is my life like fire, uniting heaven and earth?

Saying no to leadership opportunities, and with it increased impact and influence, is not a topic talked about very often today. For that we need to look at the work of the Holy Spirit in the history of the church.

Bernard of Clairvaux was an active leader who established hundreds of monasteries in Europe by the time of his death in 1153 AD. He had little patience for an activism that was not nourished by a deep interior life with Jesus. In fact, he called it the sin of sloth because it was a busyness that refused to bear the effort demanded by a life of solitude and prayer. When one of his spiritual sons, Eugene III, became Pope, he wrote him a series of letters, warning him against being engaged in activity before the time was ripe.

Gregory of Nazianzus, a bishop and pastor, was born around 330 AD. One of the most fascinating aspects of his life was how often he literally fled from active leadership to be a contemplative in prayer at a monastery. His entire life was a succession of deep engagement with leadership and then withdrawal to be with God in prayer. He understood a pastor needs to take the time to know God, i.e. not be busy, if he or she is to minister the things of God.

This article originally appeared on EmotionallyHealthy.org.