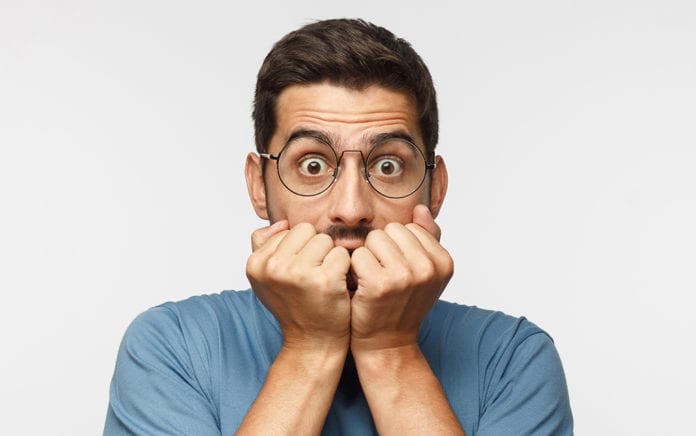 Here is a remedy for the three recurring fears that keep us from leading effectively.

I’m a leader. It’s likely that you are too, whether you’re in an officially recognized leadership position or not.

Leadership is influence, and it’s pretty much guaranteed you’re influencing people—employees, kids, a spouse, a church or small group, etc.

I agree with the maxim, whoever may have said it first, that everything rises and falls on leadership. It’s vital. So why do we hold back from leading at full throttle?

Personally, I face three particular, recurring fears. They sometimes bother me in my dreams and often keep me from leading at my full potential.

I have a hunch you probably struggle with these as well, so I want to point them out and offer a remedy.

1. We Fear Failure in Leadership.

We’re afraid that we’ll put ourselves out there and share an idea, ask people to follow us, and try to lead the way and it just won’t work.

People won’t follow. The dream will die. We’ll mess it all up somehow.

And while that’s possible, the real problem is that we’ve come to define failure as final instead of as a teaching moment.

Failure is pretty much inevitable in leadership. Yes, you’re going to fail. But what then?

Half the battle is making course corrections and leading in a new and right direction again.

2. We Fear Criticism in Leadership.

Am I the only one who struggles with this? I didn’t think so.

I can hear the imaginary voices in the back of my mind every time I take the initiative to step up and lead.

Who do you think you are?
How can we possibly afford that?
What if people don’t like that decision?

And again, this fear is based in reality. No one who leads always has full agreement from the team, or total buy in, or complete unity at any given time (even if the vote is unanimous).

From Outreach Magazine  Why Unity Means Deference to Others

• Accept what is true and constructive and make adjustments.
• Ignore what is false or unfounded.
• Move on and refuse to hold any critic in unforgiveness.

Criticism can be an ally if we allow it. It can supercharge our passion when we receive it humbly and lead the way in spite of it.

3. We Fear Success in Leadership.

The fear of failure seems obvious. The fear of success sneaks up on us because it doesn’t seem to make any sense.

Fear success? Why in the world would I do that? That’s why I’m leading in the first place, right?

The problem with success is that it expands our capacity and our influence. Success raises the expectations others have for us and ultimately creates more work.

One of the most dangerous situations to be in is to experience success before your personal character is ready to handle it.

Success brings pressure and opportunity. And sometimes we think we want success until we have it.

But success is ultimately a good thing. It actually ought to scare us just enough to keep us focused and ready for it when it comes.

These are the fears that try to stop me in my tracks and paralyze me. But deep down I remember that the future belongs to those who take action based on their convictions.

So when you know where to lead next, go for it. Size up your fears, let them humble you and then punch them in the face and lead forward.

From Outreach Magazine  Scot McKnight: The Life-Giving Breath of the Spirit

This article originally appeared on BrandonACox.com.