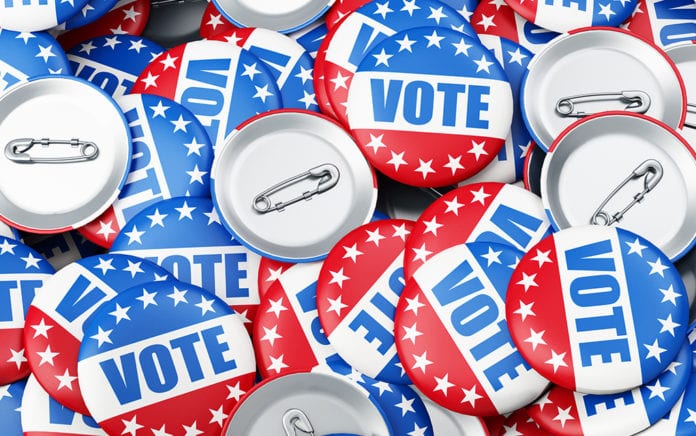 We live in a contentious political time period. Here are ways that we can respond in ways that honor God.

Jesus chose to honor first before bringing justice to the world and we should do the same. As wrong as it was for him to be shamed by those in charge, discredited by authorities and falsely accused, Jesus chose not retaliate but to honor those in charge and leave the justice up to God through the cross.

But I’m fully aware that it’s not always easy. So, how do we honor those God has put over us when we don’t agree with them? Here some suggestions:

1. Stop Labeling Each Other, and Start Learning From Each Other.

What if we labeled each other as human beings? What if we saw each other as creations of God? Those labels give us a starting point to engage with others that isn’t political but personal to God. They give us permission to accept each other despite our political positions so we can listen to each other rather than scream at each other.

Pursue the right perspective of one another before you push back against each other. Presenting your perspective of who you are is the best starting point to engage others where they are at.

When you disagree with leadership, you have a choice to make. Young David, an up-and-coming leader became successful and did the right thing with those around him, even those in authority over him. King Saul, a political and spiritual leader that David reported to, chose to be irrational and dysfunctional to the point of wanting to kill David.

How would you honor a man who relentlessly seeks to kill you? David had an understanding of Saul’s authority. God puts kings in charge, and he knew that God had made Saul king (1 Sam. 9:15–16). Every response of David toward Saul’s rants and raves revealed to others how much David loved God by how much he honored Saul. David spared Saul’s life in the cave (1 Sam. 24:4–22) and again on the field of war while Saul was sleeping (1 Sam. 26:1–12). Finally, this irrational ruler was defeated in battle and fell upon his own sword. David not only grieved his death, prayed and fasted but also wrote a song about his fallen leader (2 Sam. 1:17–27). Instead of recounting all of Saul’s weaknesses, the song he wrote actually recounted his honor. Whenever possible, show respect for those in charge no matter how crazy they sound (and maybe even write a song about them).

It’s hard when we don’t get our own way. My kids have taught me that. They throw a tantrum, hit, throw and scream. That’s what immaturity fosters. Maturity provokes civility, conversation and peaceful discourse. When we choose to riot, rebel and resist, it communicates a message to others that is immature. God wants us to be mature as Christians; not just mature, but Christlike.

“For God called you to do good, even if it means suffering, just as Christ suffered for you. He is your example, and you must follow in his steps. He never sinned, nor ever deceived anyone.

“He did not retaliate when he was insulted, nor threaten revenge when he suffered. He left his case in the hands of God, who always judges fairly.” —1 Peter 2:21–23

It’s tempting to unleash a tweestorm and be a bully behind your keyboard; but it would be far more valuable to donate your time, financial contributions or professional skill set to organize your community (life group, small group, Facebook group, book club, etc.), and find where you can be a resource of information and a steward of conversations. Many people feel like they can’t get involved because they don’t know where to start. Just find a door of opportunity and start the conversation.

From Outreach Magazine  7 Signs Your Volunteer Team is Thriving

4. Instead of Creating Walls, Create Opportunities.

Jesus chose to go into difficult places, not avoid them. He was seen with the marginalized, the broken and the hurting. He was a friend of drunks, sexual deviants, outcasts, etc. He was more pro-woman than any political figure in history considering the context of the first century. He was more “politically right” with his beliefs about Scripture, loving the religious, supporting the Roman military and leading with charity. He also was more “liberal” with the way he chose to love: Jesus fed the hungry, reached out cross-culturally, identified with the poor, loved the religious and fought for the outsider, etc.

He chose to live by breaking down walls. When we break down walls and come together with those who are different than we are, we show the world that we are his disciples and that Jesus is who he said he is (John 17).

The in-between is that space between the extremes of faith and politics. Here’s what I mean. Take Matthew and Simon. These are two of Jesus’ disciples. Jesus recruited Simon the Zealot (essentially an anti-government, religious radical) to be on his team and Matthew (a government employee who pledged allegiance to the Roman authorities). Jesus showed us all that two people on polar opposite sides of the political spectrum can live and love in community together.

From Outreach Magazine  Why Church Leaders Must Take a Day Off

6. Pump the Breaks on Conditional Honoring.

We are quick to dismiss others who don’t agree with our political views, parenting views, etc. We seem to have drifted into a conversational norm of “I will respect you if you respect me, but if we disagree then, ‘Screw you.’” People are going to disagree with you. Simply writing them off and calling them a name or putting a label on them doesn’t make us better as a community. Just because you don’t agree with them doesn’t mean they aren’t human. God wants us to honor all people (1 Pet.2:17). Honor is not emotional response, but is meant to be a humble response. Even Jesus—who was being dishonored by everyone around him; who was deserving of honor but received none—chose the high road and we should too:

“Don’t be selfish; don’t try to impress others. Be humble, thinking of others as better than yourselves. Don’t look out only for your own interests, but take an interest in others, too. You must have the same attitude that Christ Jesus had. Though he was God, he did not think of equality with God as something to cling to. Instead, he gave up his divine privileges; he took the humble position of a slave and was born as a human being, he humbled himself in obedience to God and died a criminal’s death on a cross. Therefore, God elevated him to the place of highest honor and gave him the name above all other names.” —Philippians 2: 3–9

Imagine being forced to live under political leadership you didn’t vote for and completely despised. Some of us would say, “Lived it for 8 years,” and some of us would say, “Living it right now.” In Daniel, four young and ambitious leaders found themselves living under and working under an administration that was different than what they believed in. The administration was enforcing rules that were against their convictions. Rather than rebelling, these young people took a different approach. They honored their leadership with regard to the expectations, the rules and the regulations they didn’t agree with:

“ [Daniel] asked the chief of staff for permission not to eat these unacceptable foods. Now God had given the chief of staff both respect and affection for Daniel. … Whenever the king consulted them in any matter requiring wisdom and balanced judgment, he found them ten times more capable.” —Daniel 1:8–9, 20

The result of responding the right way gave them more political and relational clout than they ever could have imagined. Instead of just protesting and screaming at the sky, what if we chose to have rational discourse with those in charge over us? We may have the right to protest, but is it the right thing to do right now in your disagreement?