Home Features How to Honor the Singles in Your Church 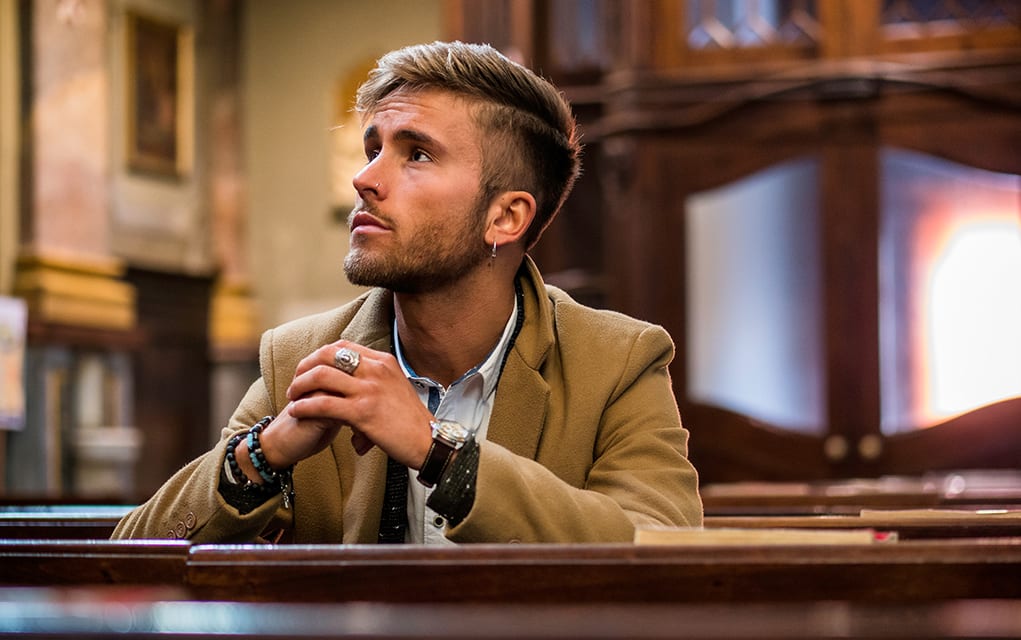 For the majority of the history of the church, singles were held in honor rather than treated as incomplete.

Let me just get this out there at the outset: For many, being single in the church can sometimes feel very awkward. I have heard a number of singles tell me stories that have made me cringe—stories of how the leadership and the marrieds in the church spoke or acted in ways that were silly at best and dishonoring at worst. Let’s all face it: Singles make up half of our churches, so we best learn to treat all people—married or single—equally.

In fact, the singles in our churches are quite significant, and are, in fact, integral to our mission.

CHANGING PATTERNS OF MARRIAGE AND SINGLENESS

More and more, Americans are staying single by choice. A Pew Research Center study released in 2017 found that 42 percent of American adults are living without a spouse or a partner. That number is up 3 percent since ten years ago in 2007, when it was 39 percent. The biggest change was adults under 35. Today, 61 percent of adults under 35 are single. That’s five points up compared to where it was a decade ago, at 56 percent. Singles make up a significant portion of our population.

Singles are not an accessory or an appendage in the life of the church.

Knowing that will shape how you engage them. Many married people tend to think of single people as incomplete married people—married people often assume singles will find somebody else, the two will be made one and then they’ll be complete. The reality is that’s a very different view than the church has held historically and biblically.

SOME EXAMPLES FROM CHURCH HISTORY

If you go back over the centuries of the history of the church, it’s actually consistently single people who were thought of and looked to as some of the most influential Christian leaders. Many of the church fathers and men and women throughout history who’ve made a significant difference have been single.

For example, Florence Nightingale was one of the most influential women of her time. She is considered one of the pioneers of public health and the founder of modern nursing for her remarkable accomplishments as a nurse.

In her early life, Nightingale turned down the proposal of a wealthy, suitable suitor against her parents’ wishes. She lived her an entire life as a single woman and made astonishing accomplishments that saved many lives and notably changed the world. Nightingale was no accessory or appendage. She was not incomplete. She, a single woman, devoted her entire life to serving others in a Christ-like manner.

Or take Paul the Apostle. He was single, and in 1 Corinthians, he clearly laid out why he believed it was better for people to be single so that they could focus on the things of God. Many different practices stemmed from this passage. It is only recently that people have begun to swing the other way and value married people above singles in ministry.

I had a call not long ago from a pastor friend of mine who is single. He continues to find doors closed for ministries he’d be interested in because they want a married person. A millennium ago, they would have said they wanted a single person. While it’s good to value the roles married people can play in ministry, we should not do so at the expense of valuing singles’ vital contributions.

From Outreach Magazine  The Discipleship Lifestyle

If it’s only recently that singles have become a less appreciated section of the church, one simple question presents itself: Why do so many married people think of their single counterparts as unfinished?

So what do we do? Below I share three ways we can integrate singles fully into the life of our churches.

1. Be Careful With Your Language.

One of the problems we have is our language. For example, when we talk about our churches, we often ask things like, “Are you a family-centered church?”

You might even mean “families” to include singles, but almost no one is going to hear that.

Similarly, it is incorrect to describe our churches as having “singles and families.” This makes it seem like the single people are on the outside. When I’m talking about issues of race and ethnicity, I usually include several different examples of races and ethnicities. I might say “Thank God for people of African American and Anglo and Latino and Asian backgrounds, and many others.”

In the same vein of thinking, I might say, “We thank God for single people and married people and blended families.” Include some other people in your list. This shows that you value all of them equally.

People notice things as simple as this. People hear when you point out who they are. Keep in mind that singles are probably at least a significant minority of people in your church, if not a majority of it. We always want to make sure those who have historically felt invisible instead feel loved, seen and heard. Using language that affirms and includes all people can help shape the culture of your church and the perception of what you’re doing.

2. Include Singles Among Your Leadership.

If you are not facilitating and fostering single leaders in the life of your church, you’re sidelining a large portion of your church. Furthermore, you’re buying into more of a Western cultural value of the nuclear family than holding to biblical values. Look to the Bible, look at Paul’s words. Look at Jesus. Remember, Jesus was a single man. If Jesus wouldn’t have a place in your church, you’ve got a major problem.

From Outreach Magazine  Confessions of a Reluctant Evangelical

Paul’s words are very clear. He points out that we have greater freedom to minister if we are single because we are not distracted. Those who are married, including myself, have other priorities that make our capacity for ministry limited. So it becomes a good strategy as well to look for places and pathways to involve singles in our leadership. Single people are often looked on with some suspicion as we wonder why they aren’t married yet. The end result is that we’re sometimes suspicious to put them in leadership.

It’s time to stop looking upon single people with suspicion and instead thank God for them. When we don’t put people in places of leadership simply because they are single, we have a leadership problem.

We must be cautious of swinging too far the other way as well, however. I’ve heard some singles say that sometimes when people find out they’re single, they want to put everything on them because they have the time to do those things. We need to strike a balance. Paul’s words are that there’s more freedom to do ministry.

Simultaneously, we want to recognize and honor that single people have lives, friendships, relationships and more that matter too.

Leadership opportunities are a great way to integrate singles into a more visible and affirming presence in the life of our church, but we must be careful to treat them with love and not burn them out.

3. Listen to Your Singles.

Things like language and leadership can be helpful, but we need to make sure we are listening to our singles as well. A lot of singles really want a singles ministry, and a lot of singles don’t. We need to listen to the single people in our churches and ask them, “How do you want to be better incorporated into the life of the church?” If you incorporate singles into your leadership team, make sure you listen to what they suggest.

A WORD OF CAUTION

Don’t fall into the trap that some do of befriending only or mainly people who are like you. For example, I’m married, so there’s a natural tendency for me to hang around married couples. Many couples generally only have friends who are couples.

Instead, I would exhort you to ask yourself, “Have I built relationships with single men and women in my church in a way that helps me understand who they are and how I can pastor them well?” I think there’s a sense for singles that we are excluding them in the life of the church in ways that are ultimately unhelpful.

Let’s work on our language, put people in leadership and listen to how they best like to be understood and then pastored. Our churches will be better and stronger for it.