Home Features How NOT to Grow Your Church 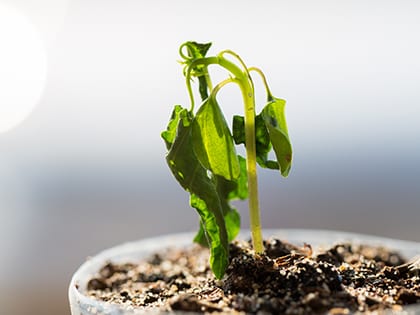 Avoid these five tendencies of stagnant churches and you’ll be in a better position to grow your church in healthy ways.

Second, cast a small vision. Or at least an insular one. There is a vast, lost world, but keep that from anyone’s thinking. Make the vision about something much, much smaller. As in … them! Cast a vision for deeper community and fellowship, small groups and men’s/women’s ministries—but be sure to stop there. Don’t go beyond the community of the already convinced.

Third, don’t talk about evangelism. If anything, put down churches that emphasize evangelism as if they are the shallow, undiscipling churches. Yes, you have to say you care about lost people, but keep it in a muted, vanilla way that never captures anyone’s attention. And for goodness sake, don’t make ANYTHING about evangelism seem as if it’s actually urgent, to be prioritized or that heaven and hell are on the line. Then people might get exercised and want to actually do something.

Fourth, don’t let leaders lead. Do not let the people with the responsibility have any of the authority. Make sure you put decision-making in the hands of those who are removed from the day-in, day-out pursuit of that ministry. Think committees. That way the decisions are made by the least qualified or informed. The one thing to avoid is to let someone who might be closest to a ministry, most informed about a ministry, most passionate about a ministry, make a decision that might actually accelerate the effectiveness of that ministry. Put handcuffs on them as much as possible.

Finally, don’t make the church’s “front door” be open for anyone but the already convinced, meaning Christians who are church hopping and shopping. Focus on helping them make the best consumer decision. Give them everything they want. Which means don’t even think about the person who is unchurched. Who is unconvinced. Who doesn’t even have the memory of the gospel, much less is conversant and familiar with the evangelical subculture. Don’t be sensitive to their questions, concerns or issues. If they come, consider them an anomaly that is not in your wheelhouse, much less mission.

So there you have it: How to not grow your church.