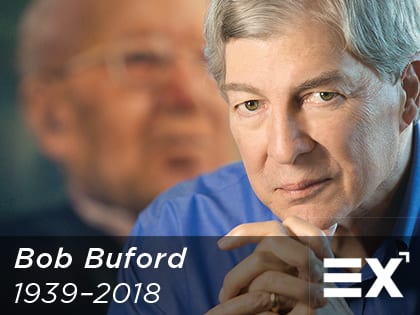 Are you a hero or hero maker?

It would seem that church planting would require a hero—a leader who’s going to take the leap to make things happen. But at Exponential, we’ve discovered that the catalytic church planting that’s going to start or be part of a Level 5 multiplying kingdom movement requires “hero makers.”

Hero makers recognize the important role they play in identifying, encouraging, launching and multiplying disciples who multiply disciples. At Exponential, we are passionate about seeing the percentage of U.S. churches that ever reproduce increase from less than 4 percent to greater than 10 percent. We want to see multiplication become a normative measure of success on a church’s scorecard.

With 96 percent of churches pursuing success through addition or accumulation, what does that say about the scorecard of success for this generation of church leaders? What if we don’t actually have a “church” problem but a “leadership” problem? If the adage is true that “the speed of the leader sets the speed of the team,” we need a transformation in the hearts and scorecards of our leaders. We need to shift our lust for addition to a conviction for multiplication.

Are we heroes seeking to measure our legacy by what we accumulate and leave behind? Or are we hero makers investing in others who will catapult forward our impact through future generations of leaders? Accumulating or releasing? That’s a key difference between heroes and hero makers.

This year, Exponential’s theme is “HeroMaker: Daring to Lead a Multiplying Church.” As we’ve worked through what it means to be a hero maker, we’ve identified five specific characteristics of this kind of leader: multiplication thinker, permission giver, disciple multiplier, gift activator and kingdom builder.

We’ve realized that when leaders cultivate and embrace all five of these characteristics, they undergo an internal shift. They move from being the hero of their own story who’s focused on building their own empire to becoming a hero maker in God’s unfolding story—bent on growing and advancing his kingdom. This is the kind of leader the world needs to move the church forward—and ultimately to see millions of eternities changed.

It’s difficult for me to talk about being a hero maker without thinking of one of the most unsung hero makers of our generation—Bob Buford. Bob was a kingdom-minded entrepreneur and philanthropist behind numerous ministries that have strengthened thousands of church leaders and the church at large. He leaves behind a living legacy that includes the impact of Halftime Institute, Leadership Network and Exponential, among numerous others.

I have no doubt that on April 18, 2018 at Bob’s passing, Jesus embraced him with the words we all hope to hear: “Well done good and faithful servant.” The mosaic of stories in eternity with a connection to this quiet movement maker is simply profound. In fact, Bob kept a “Book of Days” (actually 10-plus volumes) with notes, letters, cards and articles that people sent him saying, “Thank you, Bob, for …” His primary legacy comes through the people he invested in who would, in turn, propel his values forward to others and multiply this DNA.

Like a true hero maker, Bob never wanted or sought the limelight. Instead, he championed others to succeed for the sake of the kingdom. He lived out the words he became known for, such as, “I’m the catapult; you’re the plane,” “You can do it; how can we help?” and, “My fruit grows on other people’s trees.” He simply wanted to do for others what his mentor (and the father of modern management) Peter Drucker did for him.

And like Drucker modeled, Bob focused on coming alongside others and giving them permission and encouragement to be and do all that God made them for.

From Outreach Magazine  Cleaning Up Your Church Website: A 6-Part Checklist

As a hero maker, Bob cared deeply about the future of American Christianity and wanted to leverage every one unit of input effort (dollars, effort or intellectual capital) into 100 units of output results. He was burdened by what he called “100X Kingdom impact.” Those units could be church plants, shoes on kids or marketplace leaders moving from success to significance.

Bob’s approach was to mobilize an army of hero makers. Now his legacy will be measured not by what he accumulated and built, but by whom he invested in and catapulted forward.

FROM CONCEPT TO ACTION TO RESULTS

Over the past decade, I was blessed to walk closely with this giant. We all have those people whose impact and influence on our lives and leadership are too huge to articulate. For me, that was Bob. In 1998 when I began wrestling with an early “half-time” midlife struggle, Bob’s book Halftime had just released. I devoured it and was significantly impacted by it. But little did I know that several years later, I’d end up serving with and being personally mentored by him.

At the Buford Foundation, I served as part of his small, personal, strategic team we affectionately called “Bob Inc.” My basement is filled with stacks of notes and point papers from our time together. These pages are literally filled with nuggets of wisdom and truth that have transformed my leadership and the ministries I lead.

During our conversations, Bob would frequently interject with, “I remember when Peter Drucker …” Those were always my favorite moments in these conversations. Bob would lean forward in his chair with a twinkle in his eye and an energy in his words. He would share those learnings as if Peter himself were speaking through him. In fact, Peter was speaking through him. Hero makers are the conduit for mobilizing the past and present into the future via other people.

The nuggets of wisdom Peter spoke into Bob’s life were a huge blessing to Bob, and he enjoyed sharing them with others to impact the future. Bob would say, “I want to do for others what Peter Drucker did for me. I want to give others permission, encouragement and applause to be who God made them to be—and accountability for results.”

I had the blessing and privilege of a front-row seat to Bob’s life, his thinking and his learning. As leaders, we can learn a lot from how he approached the stewardship of his investment in making hero makers of others. His personal values were central to his natural posture as a hero maker. Bob didn’t have to strategize to be a hero maker. It grew out of his unique set of hero-making values. He didn’t just say these values; he lived them out.

1. Build on the islands of health and strength.
2. Work only with the receptive and only on what’s trying to happen.
3. Go big or go home. Focus. Don’t do dribs and drabs.
4. Giving is not a result—changed lives are the result.
5. The fruit of my work grows up on other people’s trees.
6. The entrepreneurial-style leader is where the leverage begins.
7. Bet on a great leader with a big idea.
8. The essential ingredient for success is a steady stream of innovation.
9. “It’s your job to release and direct energy, not to supply it.”
10. Structure follows strategy, and strategy begins with clear, desired outcomes.

From Outreach Magazine  The Dilemma of Social Media and the Church

I’m convinced that one key distinctive to Bob’s success in hero making is found in the clarity he had about his own personal values and the relentless zeal, patience and persistence he demonstrated as he consistently lived them out.

Exponential will be 13 years old this year. Over the years at our conferences, we’ve seen thousands of leaders take eternity-altering steps to plant a church and even start networks of multiplying churches. As we talk about hero making that leads to multiplication, it’s only right that the footprint of a hero maker would be part of Exponential’s DNA. In part, the HeroMaker theme comes from Bob’s example. His fruit truly grows on our trees.

About five years ago, Bob told me, “I know you work for me on the team, but I want to flip that around and have a front-row seat to what you’re doing and what’s happening through Exponential.” That’s what a hero maker does—they are constantly changing their vantage point, learning from others to think multiplication, and in the process encouraging them by taking an interest in their work. Bob did that for me and for thousands of other leaders.

Of course, the real test of a hero maker comes down to their fruit. Are the values they’re teaching taking root?

It’s hard to put into words the impact that Bob Buford made on Exponential. He was such an encourager to us and his fingerprints and values are all over our ministry. Several times he asked me, “What is the secret to Exponential’s success?” Without hesitation, I would tell him, “Your values, Bob. Your values are embedded in Exponential.” I’d go on to say, “The most important legacy you are leaving through us is passing on your powerful mechanisms and operating values. We’ve fully embraced your ‘you can do it; how can we help?’ value.”

As Exponential starts new ministries like Multipliers, we are also embracing Bob’s values. The values of hero makers are inherently multiplying. They are easily passed on and embraced by other people and ministries.

In your case, it might just be a few words spoken by a hero maker in your life that puts you on a new and better trajectory. Or, better yet, it might be you passing on those same words and the investment of time into others that that ends up catalyzing their impact and activating a new direction for their future.

I’m thankful Bob is now with Jesus having all kinds of great dialogue. I wonder how his hero-maker values are playing out in eternity? I know for sure that he’s hearing thousands of stories of transformation and impact that resulted from his hero-making investments here on earth. Thank you, Bob, for finishing well and leaving a living legacy through the heroes you’ve made.

Please be in prayer for Bob Buford’s wife, Linda, and his long-time assistant B.J. Engle. They were rocks in his life and blessings to all of us who have benefited from Bob’s ministry.