Home Features Focus on One House 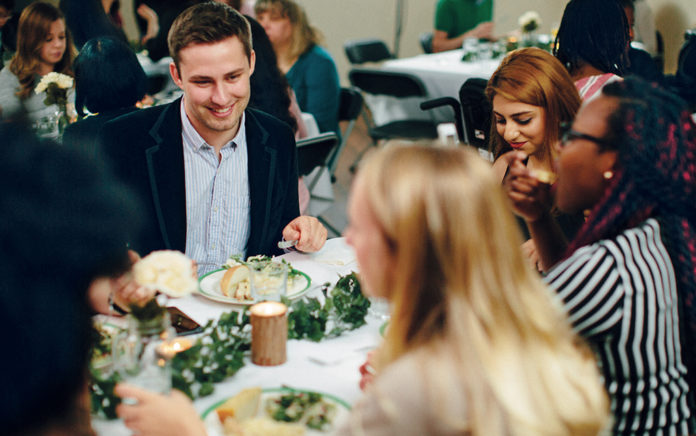 As David Koop prayed over Vancouver, British Columbia, he sensed God saying, I’m jealous. People come to Vancouver for shopping, tourism, business and government. Why do I not have more influence in the heart of this great city?

The year was 1994. As David and his wife Cheryl brought their young family to the downtown peninsula to start Coastal Church, well-meaning friends cautioned that they’d become a lightning rod for Satan. Research conducted just a few years earlier had showed that Vancouver’s downtown was home to only nine churches, even though the city was well on its way to becoming the densest part of the province.

“We knew that as the city goes, so does the culture,” David recalls, “and as cities go, so goes the nation. God’s message to us was, Don’t forget the core of the city where the influence on the culture is incalculable.”

Who could have imagined that 25 years later, their church would have 10 services across five downtown campuses?

After trying many different methods of evangelism, the Koops eventually grasped that what many downtowners really craved was meaningful relationships.

“God helped us to see the leprosy of loneliness,” David says. “God pricked our hearts as we learned that 61% of the downtown residents live alone versus 38% in the rest of metro Vancouver. That’s a lot of people eating meals by themselves.”

High-rises are gated communities, so the only way to connect with residents was through relationships. “Small groups quickly became Coastal Church’s backbone,” David says. “We’ve discovered such a hunger for community.”

He started the church’s first small group in a hotel. “People are skittish about allowing people into their home,” he explains. “If you live in a city, you’ve been conned more than once, and so trust is slow to come.” Today 70% of the congregation is in small groups.

“We’ve made small groups part of Coastal’s DNA,” David says. “It’s all but a requirement for Christian growth.”

From Outreach Magazine  12 Characteristics of People Who Are Spiritually Mature

David has had no end of mentors. He studied for his doctorate under urban missiologist Ray Bakke, who exposed him to successful models of urban outreach, from Martin Luther to the present. David learned about small groups from two churches in Singapore, and caught the vision of Eden teams from urban missionaries in Manchester, United Kingdom.

“We’ve found best practices in other cities and contextualized them for here,” he says.

His most important discovery was the Alpha program, which originated at Holy Trinity Brompton, an Anglican church in London. Within two years of Coastal’s launch, it began offering Alpha. Today, it has become the church’s chief means of presenting the gospel

“Alpha works here because it’s British, it has a strong small group component, it provides a meal, and it answers the questions people are asking,” David explains. “It especially resonates with our neighborhood, which has a lot of highly educated people. They get to give their view, and to talk about it.”

In every week’s worship service, leaders talk about being in a small group or being in Alpha for new believers as a next step for growth. “Our church is primarily about first-generation believers,” David says. That means the church always has a healthy number of people in Alpha.

Reaching a city is a moving target, changing as the culture changes. Coastal Church is continually experimenting to find new breakthroughs. One recent idea is its worship service on Fridays at noon. The church’s multisite approach is for the teaching pastor of the week to record a message in advance.

“We speak about 20 minutes, and then the campus pastor does the last 10 minutes,” David explains. At the staff’s urging, he moved those recordings from Saturdays to Fridays, which allowed more time for edits and adjustments. It also enabled more office workers to attend—both church staff and others in the community.

The crowd continued to grow with people who work on the weekends and with people whose families would rather them not attend weekend church. A few seekers and Muslim converts come as well. Attendance is currently 100 to 150 people.

THE PATTERN OF LUKE 10

If there’s a background program for the way Coastal Church works, it’s what Jesus taught about how the gospel spreads from the house outward.

“Luke 10:5 is one key: Focus on the house,” David says. “Most models take the opposite approach. We preach, pray for people, eat together and then maybe go to their house. Our evangelism has been to go to their homes, get to know them, eat with them, pray with them, and then, based on relationship, invite them to something like Alpha.”

A CHURCH WITH THE CITY

Because only 3% of the city’s residents regularly attend church, David views downtown Vancouver residents as an unreached people group. At the same time he is all about helping Vancouver and making it an even better place. One of the church’s catchphrases is “Coastal Church helps make our city a better place”—and indeed that happens through the numerous ways church volunteers contribute to city initiatives, from serving the marginalized to joining initiatives designed to address quality-of-life issues.

As Vancouver resident and Leadership Network staffer Brent Dolfo observes, “Coastal Church’s heartbeat is to be a church with the city even more than for the city.”

With an outlook like that, Coastal Church is making a clear difference for good. “We must reach the core of the cities where culture is coming from,” David says, “and we have to authentically model how we love our city.”