Home Features Why We May Need a New Missions Metaphor 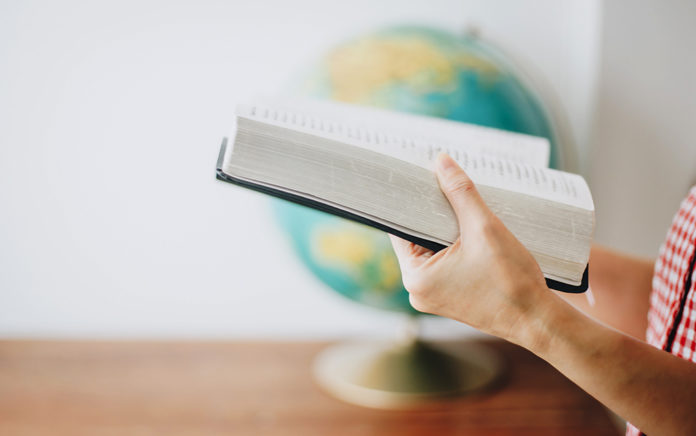 It’s time to change the way we think about foreign missions.

I love that Francis Chan and his family are pivoting toward Asia. He’s right, there is a lot of need here. And yes, Americans are theologically obese. Y’all don’t need another celebrity preacher there. So don’t waste your talents Francis. Come on over.

But Chan’s announcement took me a bit by surprise, because I know him to be a deep thinker and yet it was framed in such a colonial old-school missionary manner.

Frankly, this outdated posture needs to be reconsidered. So, perhaps there is some learning in here for us all.

Francis starts his blog post with a story about going from hut to hut in a Burmese slum, sharing the gospel through a translator. Chan says he felt more and more alive the more people he shared with.

I’m not surprised. There is something about being immersed in situations of poverty that puts all of life in perspective for those of us with privilege (I know this from living more than a decade in Southeast Asian slums myself). And Burmese people are super friendly and hospitable.

But hold on just a sec. Take a step back and let’s look at this story from another angle. Francis is at the center of the narrative, naturally, since it’s about his sense of calling. But there are a few other characters that we might not want to overlook in this story, Lest we get the real story wrong.

You see, I actually know one of the guys who was translating for him on that visit, and, How can I put this? …

The Burmese brother who was translating for Francis Chan would have been immeasurably better-suited to sharing the gospel contextually in that situation than an American new arrival who didn’t speak the language or understand the cultural landscape. (We also can’t give Francis a pass because he is ethnically Chinese. He is still steeped in an American worldview and an individualistic understanding of the gospel).

In fact, this local translator likely had already had multiple opportunities to speak with these people in their own heart language and share the gospel with them on previous occasions.

Folks, he had a ministry in that community already.

Imagine the scenario. An American arrives in your slum community accompanied by a local minister you already know and have a relationship with. The local minister asks if they can enter your home and have a chat. Culturally, you of course offer hospitality, as is normal throughout this region, especially toward those who are wealthier and more powerful than you.

Not to mention, the visitor is clearly foreign, which in the past has meant that relief supplies could be forthcoming. As a person living in poverty, you know this power dynamic very well, and it calls for you to be welcoming and agreeable.

So they come into your home and the American tells his personal story of life in the United States and what God means to him. He talks about “God” and “love” and “sin.”

Honestly, I don’t know what gospel message Francis Chan was sharing that day, but if you are a Buddhist, like 90% of people in Myanmar, you understand that God is everything and nothing. The sun is god. The moon is god. There are many “gods.” So just which god are we talking about here?

From Outreach Magazine  Can the Multisite Church Survive the Pandemic?

Even worse, under Buddhism, for a god to “love the world” would be shameful and strange. Love implies attachment. According to Buddha’s Four Noble Truths, attachment to things causes sin. Buddhist religion teaches you to detach, not attach or love, in order to escape reincarnation and enter Nirvana. So whoever this god is that is being described as “loving,” to a Burmese Buddhist, he is full of unholy passion and therefore must be a sinner.

Either way, you’re not going to get your head around these foreign concepts in a single conversation. What many Westerners don’t realize is, this is completely different from sharing Christ in a Judeo-Christian context where concepts like God and love have a shared meaning.

So, you listen politely to a confusing description of a god that is a sinner, and lots of other things that make little sense in your context, and finally the American visitor asks if you would like to be saved in order to experience God’s love.

Clearly you are supposed to say yes. In this region, relationships trump everything. Good relationships with those in power could mean the difference between survival and suffering. This is the reality of ministry in a poor setting. So, you have nothing to lose and everything to gain by saying yes. It’s the smart move.

You are then directed to close your eyes and bow your head and repeat some phrases. Afterward everyone is very excited and happy. You are pleased to be able to invest in this relationship. It holds even more promise than your relationship with the local minister who is poorer and less powerful. Big smiles and photo opportunities. It’s a win-win situation all around.

When Francis Chan spoke at Azusa Pacific University recently about his decision to move to Hong Kong, he used a clever analogy (starting at 1:10 mark):

“I describe it like this: I feel like I’ve been fishing in the same pond my whole life and now there’s like thousands of other fishermen at the same pond, and our lines are getting tangled and everyone’s fighting over stupid things, and one guy tries some new lure and we go, ‘Oh he caught a fish; let’s all try his method!’ And it just feels like, what are we all doing here?

“What if I’ve heard of a lake that’s like a 5-mile hike away, and no one’s fishing in it. And they’re saying, ‘Man, the fish are biting—just throw a hook in there and they’ll go for it!’ Man, I’ll make that 5-mile hike if I love fishing.”

I understand where he is coming from with this story, and I realize it’s probably just preacher’s hyperbole. But to many listeners, it reinforces the perception that there is hardly anyone ministering in “Asia” (a massive continent with wide disparities from community to community in terms of numbers of believers). It may seem like there is no one fishing in this pond.

From Outreach Magazine  5 Questions Every Church Must Ask

I think you see where I’m going with this. There are actually millions of passionate Christians in Asia and many of them are active and well equipped to share the gospel contextually in their own local communities. They are far and away the most effective people to reach their neighbors, because they share a common worldview, culture and language.

At this point in history, Asia probably doesn’t need more outsiders sharing an unintelligible foreign gospel through translators. (Especially outsiders who are going to fly in and out and share the gospel without living it in the midst of those who are invited to respond).

There are competent local ministers who are able to contextualize and share the gospel in a meaningful way that makes sense to their own people.

I want to suggest that we need to rethink this particular story. The metaphor of fishermen all equally equipped to catch fish in every pond is rooted in biblical imagery, but in this context it is lacking for several key reasons:

1. The new pond actually already has lots of local fishermen. We just need eyes to see them.

2. The fishermen in that pond are much better equipped to fish there than an outsider. They have bait that we know not of—a common worldview.

3. Anyone from outside fishing there without understanding the power dynamics is going to change the pond’s ecosystem in an unhelpful way.

So, I’d like to suggest a different analogy. A different story. I’d like to propose that folks like Francis Chan (and of course I include myself here) see ourselves as midwives instead of “fishermen among equals.”

We’re likely not the ones who get to birth things here in these communities, where we are outsiders. We are here to help local people, insiders, give birth to the kingdom of God in their midst. Our role is firmly on the sidelines. We’re called to the periphery. We encourage. We pray. We help out when needed. We support. We strengthen their hand to lead the way (from the beginning).

I’m more than hopeful that Francis Chan will surround himself with folks who will challenge his role at the center of the gospel-sharing, church-planting story that he is telling. He’s a wise and seasoned leader and a good listener.

Our role is to come alongside these insiders.

And help them give birth to the dreams and visions God has already placed in their hearts.

Now that’s a mission I could get behind.