Home Features What Should You Look for in Charities This Christmas? 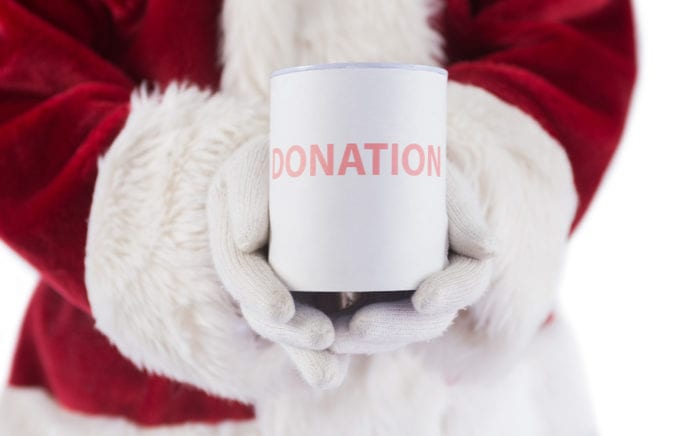 Hint: Percentage spent on overhead might not be the best measure.

After all, being generous once a year is what we’re called to as Christians right? Just kidding.

But, many of us are reluctant to give to a charity where the CEO is living it up on his gold-plated yacht, earning a million bucks or flying around in his private jet.

I get it. We need a simple way to tell if that charity we want to send our hard-earned cash to is legit, or bogus.

So, in recent years we have started measuring how much charities spend on overhead. Admin costs, we reasoned, are probably a necessary evil. But they should be kept to the bare minimum so that most of the money goes directly to the poor.

Cupcakes for staff lunch? No!—cut that out! That’s overhead. Those are cupcakes that should be sent directly to the starving poor.

Our obsession with the Overhead Myth is a mistake because it turns out that overhead is an extremely poor proxy for organizational effectiveness. In fact, the two are barely related.

1. A Small Overhead Is Pointless if Your Model Is Flawed.

A small overhead means nothing if your charitable model is flawed.

Take for example, a local charity that gives cream-filled donuts to poor people.

The charity may be clever enough to rely solely on volunteers, forego an office and have all their junk food donated—thus ensuring that only a teeny-tiny amount is spent on overhead.

But the premise of their activities is still complete rubbish. Their creamy donut-giving activities are probably making lives worse overall, because the last thing homeless people need is more unhealthy food.

If the model of transformation is flawed, even a 1 percent overhead cost is wasted.

If the model is amazing and effective, then 99 percent spent on overhead might actually be a great investment. See the problem? Effectiveness and overhead are not related.

2. A Small Overhead Only Makes Sense if You Are Giving Physical Items.

Partly, we get this wrong because we too often think of non-profit work in terms of redistribution of goods. That’s why we love to give socks, coats and meals to homeless people. It’s tangible. It’s quantifiable. We can measure impact, supposedly.

But this mind-set is actually a problem because usually the most transformational work is to help equip and empower local people to solve their own problems, using the resources available to them.

So, when you ask the flawed question, “How much of my donation goes to the poor?” you are assuming that the best way to bring change is by redistributing your resources directly to someone with less.

I had this infuriating discussion recently with staff from the Cambodian Ministry of Social Affairs—the folks who oversee charitable work in Cambodia. They have been refusing to register Alongsiders International because we are not giving out rice and school uniforms to orphans. (We’re selfish like that.)

“Why not take the money you spend empowering and equipping 1,000 young people to change their own communities, and just help 30 children by providing everything they need—rice, school books, salary for their caregivers, etc.?”

I’m not saying that physical goods should never be redistributed to the poor. I’m saying, that it’s not the only way—nor often the best way—to see lives transformed in the long term.

Measuring overhead only makes sense when referring to physical goods like rice or mosquito nets.

3. Focusing on Overhead Reflects Our Cultural Obsession With Placing Money at the Center of All Our Efforts for Change.

When I started Alongsiders International, it was birthed out of years of working in community development and mission, with a bunch of different organizations. In fact, some of the world’s largest, as well as some of the smallest and most “grassroots.”

And I was looking to come up with a model that would place money (and donors and Westerners), not at the center, but at the periphery.

The reason is, I’m convinced that God primarily uses local people and relationships to bring the deepest and longest lasting change. Not money. Money usually undermines that process. Maybe that’s why Jesus had to borrow a coin to make a point. Money was just not central to his ministry.

The donor-centric model promoted by most non-profits tells a different story. That story is that you are the primary change-maker because of your donation.

What we do when we tell that donor-centric story every Christmas, is we further marginalize the poor. Once again, we are saying that they have nothing to offer and donors have the key ingredient to bring about change.

And it’s a lie. The poor deserve truth (Good News) not lies about their marginal status.

Some of the most transformative and beautiful change that is taking place around the world today is not happening because big bucks are pouring in, but because the marginalized, the poor and the overlooked people of the world are changing their own communities.

I’m proud to be working on the periphery to help see that happen. And I invite you to consider the same approach. Forget about measuring how much organizations spend on overhead. It’s a red herring. And instead …

Invest in transformation, not accounting formulas.

Use your resources (money, time, energy) to invest in people. Invest in ministries that place relationships at the center. Invest in empowerment of the poor.

And your investment will surely bear fruit.