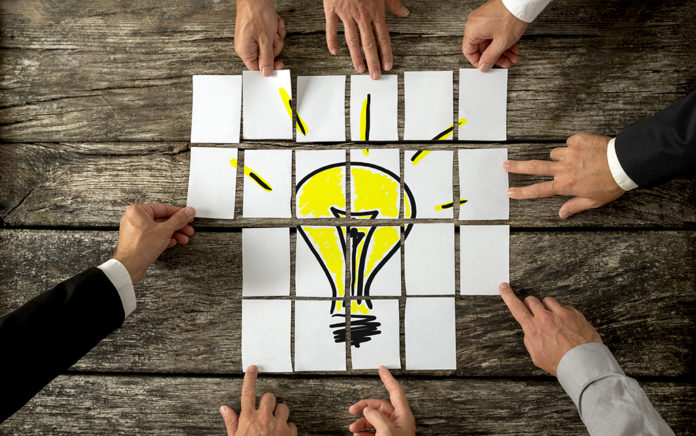 Innovation has always been part of the church’s story of mission.

In The Fellowship of the Ring, Gandalf the Grey says, “All we have to decide is what to do with the time that is given to us.”

The story of Christianity is the story of those disciples of Jesus Christ who were driven to do well with the time given to them. The history of Christianity is marked by seasons of advance and decline. Those seasons of gospel-driven advance focused on reaching people for Christ. Movements spawned innovation driven by a conviction of the authority of Scripture and that burden to reach people for Christ.

I’m currently finishing a book project that looks at what I call the rise of entrepreneurial evangelicalism from 1985 to 2010. In those 30 years, churches around the world changed dramatically. But innovation has always been part of the church’s story of mission.

Robert Putnam and David Campbell, authors of American Grace: How Religion Divides and Unites Us, observe that “so common have been changes in the American religious landscape that the history of religion in the United States could be written as a history of religious innovations.” They name three primary types of innovations in the church:

• A new medium
• A new organization
• A new message

In 1729, a group of young men at Oxford University formed what today would be called a small group. These young Anglicans focused on daily self-examination, Bible study and fasting. They also cared for the poor and initiated a novel ministry to a nearby prison.

Their innovations brought ridicule from others (they typically do). They were called “Bible moths” because they loved to study Scripture, “Methodists” for disciplined practices like fasting, and the “Holy Club” for their desire to pursue holy lives. Members of the group included brothers John and Charles Wesley, and later, in 1732, a young man named George Whitefield.

Whitefield was an early adopter of an innovation that would open a wide door to evangelize the masses: field preaching. Though established church leaders rejected this practice, Whitefield and John Wesley adopted it. Richard Evans writes: “When pulpits were closed to Whitefield, who was an ordained Anglican, because of his ‘enthusiasm,’ he resorted to similar irregular practices, first at Bristol in 1739.” A. Skevington Wood, in his biography of Wesley, observed, “For every age God has a program of evangelism. This was his way of reaching the masses in the 18th century.”

You see the diffusion of innovation at work here. The first person to popularize field preaching was Howell Harris in Wales. Harris was not ordained and thus couldn’t preach in churches in that day; his zeal took him to the fields to preach to whoever might listen. Whitefield struggled with this “profane” approach until he remembered Jesus preached the Sermon on the Mount outside a church building. Whitefield and Wesley were early adopters, and the preaching in the fields became a diffuser of the gospel message.

From Outreach Magazine  Am I My City's Keeper?

A master at organization, John Wesley adopted and adapted the common practice of societies in England for his approach, creating societies, classes and bands. His organizational acumen led to the formation of the Methodist church, even though he personally never left the Anglican Communion. This led to other innovations such as the development of lay preachers to lead the rapidly multiplying groups.

In a sense, a new message was proclaimed, but more accurately, the gospel was renewed, especially the message of justification by faith taught by both the apostle Paul and Martin Luther. In the 1730s, this message was novel to churches steeped more in tradition than the gospel. Soon the ministers of established churches shut them out.

When the message of the gospel becomes so lost in tradition that it no longer communicates to those for whom Christ died, what is needed is not a new message, but a return to the unchanging gospel coupled with novel approaches to communicate that message to those overlooked by the church.

More recently, another age of innovation came to the church, and this is the subject of my book. Church life in the United States shifted from primarily small churches affiliated with particular denominations to a significant slice of believers worshipping in huge, increasingly nondenominational megachurches.

A number of factors drove innovations in this time. Parachurch ministries exploding from the 1940s and 1950s looked for new and effective ways to reach people. Churches like Calvary Chapel Costa Mesa, and its impact through the Jesus People Movement through the 1970s, experienced dramatic growth and influence particularly in the realm of corporate worship through song.

While many pastors and leaders were involved in the changes happening at the end of the 20th century, the two most influential pastors and churches were Rick Warren and his Purpose Driven emphasis, and Bill Hybels with Willow Creek Community Church and its Willow Creek Association. Warren in particular has become practically “America’s Pastor” through his influence in churches across America and the world.

Leadership Network arose in the late 1980s and began convening leaders of large churches. Leadership Network would be critical in the diffusion of innovation that happened in those days, especially with things like the suburban megachurch, staffing the large church (executive pastors as one example), and in the early 2000s was especially vital in the spread of the multisite church that has become a common practice today.

These churches as a group focused especially on reaching the vast baby-boomer population. They practiced a particular kind of outreach I call church evangelism: Get to know your neighbors, co-workers and so on, and invite them to well-designed worship services where they could experience God’s presence and hear the gospel.

From Outreach Magazine  5 New Evangelism Options for Our Day

The innovations fit the times and the boomers. However, with the advent of Generation X (that would be my generation), church leaders began to push back on the often well-packaged innovations of the boomer era. A notable example of this was the emerging church, which rejected many of the approaches of churches just before them. However, for the most part the emerging church emerged and disappeared pretty quickly.

Innovation is not the point; it comes because we desire to spread the gospel to the world in effective ways. Most heresies are born because people are too focused on innovation to the neglect of truth. But for those of us who anchor our lives and ministries in the Word, we should be the most likely to produce helpful innovation.

“We will do everything short of sin to reach people who don’t know Christ,” says Craig Groeschel, whose Life.Church has become one of the most innovative churches today. He adds, “To reach people no one is reaching, we have to do things no one is doing.”

What are some key innovations we are seeing today, especially in light of the global pandemic that has caused such upheaval?

• A de-emphasis on Sunday worship and a stronger focus on small groups and ministry outside the four walls of the church. Sunday gatherings for worship are vital, but they do not define who a church is and what she should be doing.

• An elevation of the church scattered throughout the week living the mission versus church evangelism of the last era focused on inviting people to church.

• A shift from creating events on the church campus to invite people to attend to believers engaging unchurched people on “their turf,” going to events they care about (their children’s ball games, for instance). As a result they will participate in our events (small groups, dinner, church services). Sam Chan talks about this shift in his book How to Talk About Jesus (Without Being THAT Guy): Personal Evangelism in a Skeptical World, a 2021 Outreach Resource of the Year.

• Embracing technology (Zoom, online services, streaming, etc.) to enhance our witness and discipleship. New technology is not our enemy. Just as Wesley embraced the society model of his day and the new technology of the paperback, we can leverage technology for the gospel.

We should neither be driven by innovation nor ignore its possibilities. Our burden for a world in need of Jesus should push us to do whatever it takes within biblical parameters to reach people.