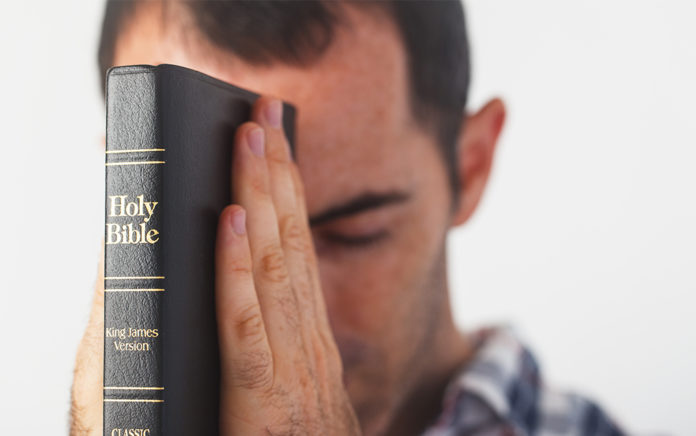 Jake Mills: Many fear death, but for the Christian there is hope.

There’s a famous passage in Philippians that you may have heard before: “To live is Christ, and to die is gain” (1:21). I’ve been thinking about this verse a lot lately with all the COVD-19 craziness.

Just before it, the apostle Paul writes that what has happened to him (imprisonment, beatings, shipwrecks, etc.) has served to advance the gospel and to embolden the church.

Think about that a second.

We would normally pray to get out of prison, and to stop the beatings and shipwrecks, right? But God was using those to advance the gospel and embolden the church to shine his light. So maybe not.

Then he writes that he is rejoicing “with eager expectation and hope” that “Christ will be honored in [his] body” (1:19–20). He’s saying that Christ will be honored no matter what happens to his physical body. He’s saying that his priority is Christ being honored … not his physical body being safe. And then the famous Scripture:

“For to me to live is Christ, and to die is gain.”

What does that mean? You don’t have to guess. He explains: “If I am to live in the flesh, that means fruitful labor for me. Yet which I shall choose I cannot tell. I am hard pressed between the two. My desire is to depart and be with Christ, for that is far better. But to remain in the flesh is more necessary on your account” (1:22–24).

To live would mean that the gospel would go forth in greater ways—through imprisonment, beatings and whatever else could happen. But to die was much better, because that meant being with Christ in heaven. To live was Christ. To die was gain.

THERE ARE ONLY TWO OPTIONS

As humans there are only two options: death or life. You’re either living or you’re dead. Many fear death, but for us as Christ-followers there is hope on either side. If we die, we go to be with Jesus. If we live we do so for Jesus.

There is no secular/sacred divide for us. It’s all for Jesus. Every bit of our existence.

To live is Christ, and to die is gain.

This truth should cause us to live for Christ, no matter the risk. No matter the cost. This perspective is what allowed Paul to say that he rejoices in extreme difficulty, because the gospel is advanced and the church is emboldened.

‘A CHANCE TO DIE’

It makes me think of missionary heroes like Jim and Elisabeth Elliot, who risked it all for the gospel. They moved to a remote part of Ecuador to reach a tribe who hadn’t heard the gospel before. Jim and four other missionaries were killed by the tribe. If the story ended there, we could take a lot from it, but it doesn’t. Elisabeth went back to the tribe two years later and again preached the gospel. Because of her incredible display of forgiveness, the tribe accepted the gospel. Elisabeth Elliot is probably the most celebrated missionary of the last few generations.

Or Hudson Taylor who went to Shanghai in the 1800s when China was totally closed to foreign influence. He learned the culture and language and dressed like the Chinese to reach them. It was difficult. He was seriously ill multiple times. He and his wife lost six children, and in the end his wife Maria died of cholera. Taylor went back to China after that and kept preaching the gospel. He founded a missionary fellowship that ended up sending 800 missionaries and seeing tens of thousands of Chinese people come to faith in Christ. To this day, much of the Chinese underground church can trace their heritage back to Hudson Taylor.

Or Amy Carmichael who spent over 50 years ministering to girls caught up in prostitution in the slums in India starting around the year 1900. She was instrumental in getting temple prostitution banned in India, and braved filth, illness and much more for the gospel. She ended up starting a home for the girls that housed 130 at a time. Though she was badly injured in 1931, became bedridden, and had the chance to go home, she chose to stay, writing, discipling and leading from her bed. She stayed another 20 years and died in India at the age of 83. Her home for girls continues to this day with room for 500 girls!

While in India, Amy received a letter from a young woman wanting to be a missionary that asked the question, “What is missionary life like?” Amy replied, “Missionary life is simply a chance to die.”

LIVE AND DIE FOR CHRIST

To die to yourself and to live for Christ. It’s what the whole Christian life is about. A chance to die. Because …

To live is Christ, and to die is gain.

What would the world look like if we began to live from this truth? To risk it all for the sake of the gospel? To reach out to those in the greatest need, no matter the cost?