Home Features The Apostle Paul’s Secret to Sharing His Faith 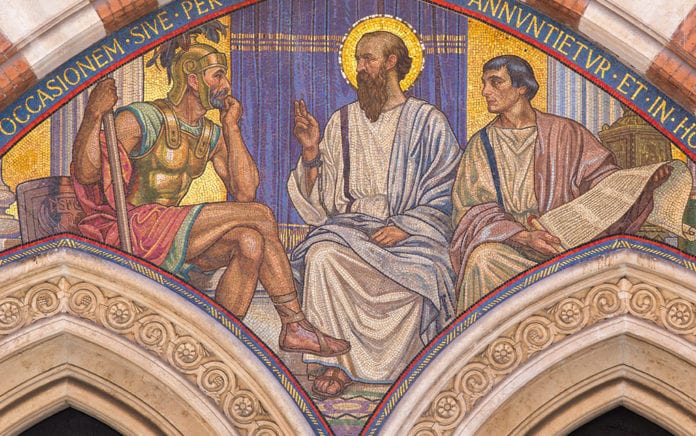 We often overcomplicate evangelism when all we need to do is just do it.

I’ve been reading the New Testament Book of Acts and been particularly fascinated with the missionary journeys of the apostle Paul. There’s an enormous number of insights to glean from those chapters, however, one thing that glaringly stands out is just how often he found opportunities for sharing Christ.

Walking about in the city? He would find a local synagogue and engage local Jewish religious leaders about the Messiah.

Entering local temples or places philosophers hung out? He actually used their own writers and poets to open the door to sharing the Christian message.

Threatened by hostile crowds? He explained what he was doing by sharing the gospel with them.

Thrown into prison? He discovered he had a captive audience, so he let it rip.

Brought before local rulers? He intertwined the gospel message into his legal defense.

The bottom line is that Paul was brilliant at finding ways to engage people with this new message—called “The Way” at the time. And yet today we often do the opposite, and strain to avoid any conversation that involves the message of Jesus.

I had a friend in college who was so passionate about sharing Jesus he would literally do it anywhere—in a shopping mall, at the gas pump, in a doctor’s waiting room, in line at the grocery store. He didn’t have any special training, didn’t hand out gospel tracts, or know any secret witnessing techniques, he just thought Christianity was the greatest thing ever and was convinced that people should know about it.

I’m as guilty as anyone when it comes to feeling awkward and uncomfortable about sharing my faith. But after reading Paul again and again, I’m realizing that it’s not necessarily a calling, technique or skill—it’s just a desire to see people change their lives for the better (and for eternity.)

From Outreach Magazine  How to Know When God Is Speaking

We talk a lot about it, but honestly, not many of us do it. So let’s stop overthinking it, and start sharing it.