Home Features Sharing the Gospel as a ‘Plea Bargain’ 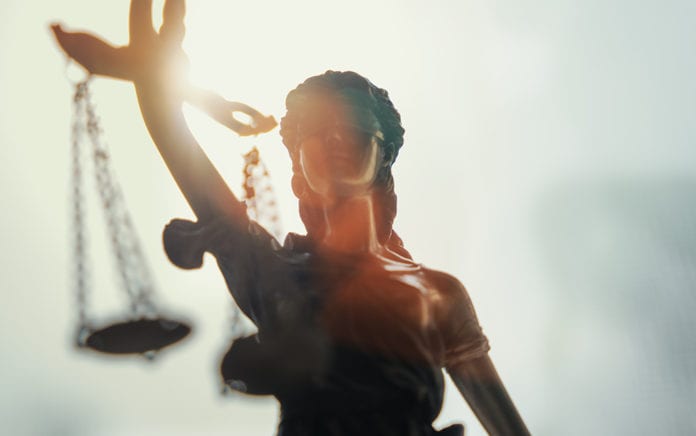 In our culture, the concept of a plea bargain can offer a helpful explanation of the gospel.

Communicating the gospel in a culture that at best is “post-Christian” can be challenging. Add to this the nuanced complexity surrounding the non-gentrified portions of cities, which in my estimation is mostly “pre-Christian,” the task of evangelism may seem daunting. Trying to leverage modern slang can be helpful, but slang becomes dated quickly in our society. One idea that I’ve put into practice is communicating the gospel inside a conceptual framework the evangelistic prospect can grasp.

On one occasion I was able to use the parallel of a plea bargain. I started off the conversation defining the theological term justification as, God’s eternal “not guilty” verdict to sinners who took the plea bargain he’s offered them. The evangelistic prospect I was speaking with understood that a plea bargain in our American legal system is a deal someone takes when they admit guilt of a crime in order to avoid trial and have stronger charges exchanged for a lesser sentence for the crime they may or may have not committed.

Spiritually speaking, we are all born dead sinners (Eph. 2:1-3; Ps. 51:5, 58:3) who are guilty before a completely righteous God. This truth leads us to ask the question, “Is there anyone who can endure the eternal sentence the righteous judge must hand out to all guilty sinners?” The answer to this question is yes, Jesus Christ can.

In John 1:1 we read three truths about Jesus: He is eternally God, essentially God, and equal with God. In addition, Hebrews 7:26 informs us that Jesus is sinless and perfect. When we add these two truths together we see all other human beings are disqualified because we are neither sinless or God. Jesus then stands alone as the only qualified candidate to endure the entire eternal punishment of God’s wrath on behalf of sinners.

From Outreach Magazine  What to Do When You Can't Hear God

1. Admit you are guilty of being a sinner who has sinned.

2. Embrace the finished work of Jesus Christ who took upon Himself the full eternal sentence of sin (1 Peter 2:21–25).

3. Receive the fact the rap sheet which lists your sins has been removed from your account and has been replaced by the perfect life that Jesus lived. The evidence of this being your new reality is the resurrection of Jesus Christ (Romans 4:22–25).

With the doctrine of justification, we know that not only are the sins of the sinner removed from their “rap sheet,” but also the innocent and guilt-free life of Jesus is now covering the sinner who has taken God’s plea bargain! Since they are seen as innocent and since Jesus has received the full sentence for the penalty of their sin, God will never bring them up on charges of their past or future because they have already been paid for in full by Jesus. In short, God doesn’t practice double-jeopardy.

When we share this plea bargain with non-believers we must remember God is the one who saves sinners. John 3:3–8 reminds us that God the Holy Spirit is the one who causes dead sinners to become born from above or “born again.” All we are called to do is share the good news of the gospel and pray the Lord causes the non-believer to embrace Jesus Christ by grace through faith.

From Outreach Magazine  What Is the Individual’s Role in the Mission of God?