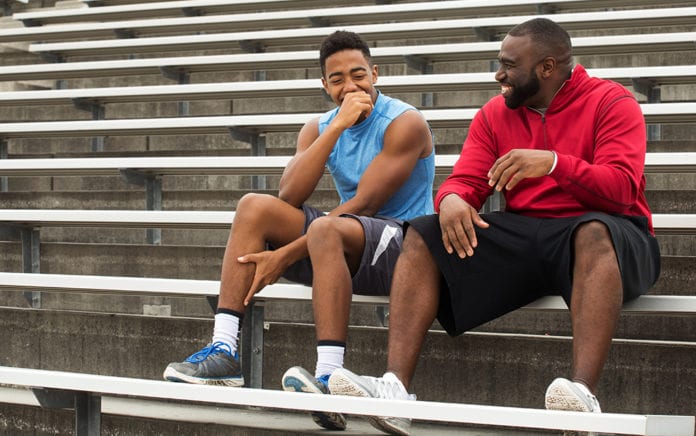 To meaningfully engage the next generation, we must shift our thinking in these key ways.

My friend Danny prides himself on being spiritual but not religious, environmentally caring, generally loving and suspicious of all organized religion, especially evangelical Christianity. My team of campus ministers first met him playing pickup basketball. While he was quick to express he was not interested in a relationship with Jesus, he continued to be intrigued by and drawn into our Christian community.

True to his central belief of tolerance, Danny was always open to spiritual conversations. We sat down one morning so I could share with him the central story of Christianity. Remembering that I had moved from the Bible Belt to a much different culture, I didn’t start by jumping into the life, death and resurrection of Christ. Instead, I attempted a cursory, yet comprehensive, metanarrative approach. Beginning with the creation of Adam and Eve, we then moved toward the fall and redemption.

After 20 minutes of what I felt was the most brilliant and relevant gospel presentation I’d ever shared, he interrupted me: “I think I’m understanding what you’re getting at.” I nodded with great pride at my astuteness and cultural savvy. Then, he continued. “I just have one question: Who the hell is Adam? You keep talking about Adam. Is he one of the campus ministry people I haven’t met yet?”

Danny had never set foot in a church. Yet I made the mistake of assuming he knew about Adam and Eve, at least from a childhood story. I might as well have been talking about John Quincy Adams.

I wish this were an isolated incident. But over and over, my team is ministering to an audience completely unprepared to hear the gospel.

After scores of similar conversations with unprepared audiences, our team has been shifting its approach to evangelism. By no means are we proposing that we shift away from clear biblical teaching on important truths such as our legal guilt before God. We are merely saying that shifting intuitions may require new starting places in evangelistic conversations and discipleship relationships. Here are six shifts we believe are critical to meaningfully engage the next generation.

1. Move from the assumption that your audience is biblically literate. This shift isn’t only for the pastorate and the pulpit, but for all believers seeking meaningful, intentional relationships with those outside the faith. At least on the West Coast, the days have long past when one could start talking about Jesus and assume people knew his identity and claims.

From Outreach Magazine  Why Pastors Leave When They Succeed

The apostle Paul, who was quick to jump into the message of Jesus with Jewish audiences, shifted his approach when speaking to the unprepared Athenians (see Acts 17). Unlike his typical messages laden with Old Testament references and Jewish assumptions, he was patient, contemplative and slow with unprepared audiences.

2. Move to a developmental approach to ministry. Ministering to younger generations demands that we disciple the whole person for all of life. In the past, much discipleship started in the spiritual realm. But upcoming generations need mentoring that helps to press Christianity into practical areas like finances, relationships, faith and work, and countless others.

One realm for development is evangelism. As Paul discipled those in his apostolic band, he sought to develop them as the evangelists of coming generations. Paul, a naturally gifted evangelist, didn’t expect everyone to be as gifted or fruitful as he was; nevertheless, he exhorted his young disciple Timothy to “do the work of an evangelist” (2 Tim. 4:5). Thinking developmentally doesn’t bifurcate your ministry to insiders and outsiders; it brings them together.

3. Move to a dialogue-oriented form of discipleship. How many of you disciple your children by preparing a speech, bringing them into the room once a week, delivering it eloquently in three points, then telling them to go and do likewise? It’s not that teaching ministry isn’t significant in discipling. The preached Word is essential in making disciples. But younger generations (and often the older as well) also crave honest, relational dialogue. True and lasting change happens through Spirit-enabled teaching and relationships.

4. Move from apologetics to hospitality. God’s Word is timeless. We ought to always be prepared to give a defense for the hope within us (1 Pet. 3:15). Yet we won’t have much of an audience if we don’t regularly practice intentional hospitality toward those outside the faith. You must establish a safe and secure space for gospel conversations. Hospitality and making space in your schedule (and home) for those different from you opens the door for deeper friendship and deeper dialogue.

If you’re serious about reaching the outsider, you might consider committing to two significant events each week: Sunday morning worship around the cross at church, and Friday night friendships around a meal in your home. This might best be done with a team of like-minded believers. For more on this, see Rosaria Butterfield’s book The Gospel Comes With a House Key.

5. Move to emphasize shame before guilt. A staff member recently told me, “Whenever I talk about people’s sin issues, they get a glazed-over look in their eyes, yet when I talk about what I’m learning in regard to shame, people lean in and want to know more.” Guilt says, “You did something bad.” Shame says, “You are bad.”

Because younger generations have grown up in a culture largely devoid of absolute truth, guilt-based conversations as an entry into their lives don’t tend to get you in the front door. But even though they don’t know or agree with the absolute truths we assume, their souls are sick and separated from God. They feel this deeply as shame, even when they don’t connect the dots to guilt. We certainly don’t deny guilt and must teach it as Scripture does, but try shifting the emphasis to shame as an entry point. Teaching on guilt may need to come later.

6. Move to winsome boldness. Our culture is growing in antagonism toward the gospel, and many Christians have become fearful and timid in their evangelism. Yet Paul, amid far greater opposition, sought to stir the hearts of next-generation church leaders to witness courageously. He asked boldness of timid Timothy—not borne of personality or confidence in his own giftedness, but grounded in God and his invincible gospel (2 Tim. 1:7; cf. Rom. 1:16).

In a culture that panders to public opinion, may we boldly and winsomely proclaim the bad news that leads us to the greatest news in the history of the world.