Home Features Are You Ready for the Fight? 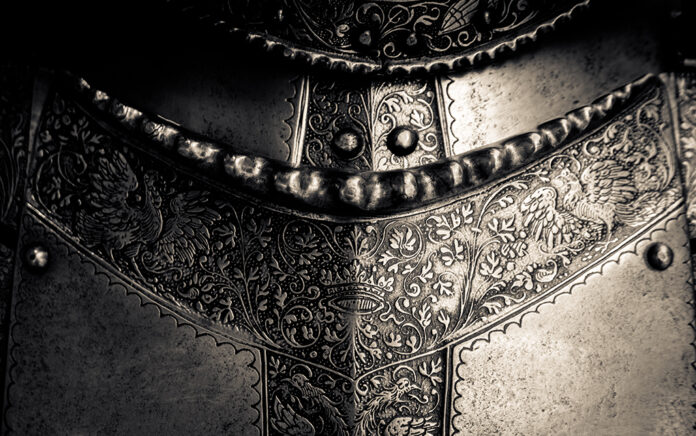 Spiritual warfare is a reality we need to take seriously.

You see it all the time in sports.

The opening bell rings, the ball is tipped, the first pitch is thrown, the kickoff happens—and it’s obvious that one of the parties is more ready than the other. There is a certain intensity and focus that characterizes one side such that, though their opponent might be well trained, physically talented, and even mentally tough, they have an immediate advantage. It’s obvious to every spectator that no matter what the previous records were, no matter what the expectations of the match were, no matter what the oddsmakers were saying, one side woke up ready for a fight.

Did we wake up ready for a fight this morning, or are we on the other side having the fight brought to us?

I’m not the guy who seeks a demon behind every tree or casts evil from every room, but I am the guy who has been beaten in enough spiritual battles to know they are real. My experience, along with the Bible, assures me that “our battle is not against flesh and blood, but against the rulers, against the authorities, against the world powers of this darkness, against the spiritual forces of evil in the heavens” (Eph. 6:12). And my proverbial flesh has been torn enough to know that we have a very real enemy who even now is “prowling around like a roaring lion, looking for anyone he can devour” (1 Peter 5:8).

If that is so, then we walk through our day lethargically at our peril.

A wanderer on the savannah walks with an awareness of prowling predators, and the soldier on the battlefield moves carefully through the war torn landscape. And yet we lazily move through our days being surprised when we meet any amount of temptation or struggle with our flesh. We did not wake up ready for a fight, and yet the fight is nevertheless coming for us.

The Christian wakes up daily for a real attack, and yet that attack is different than these examples.

Far from the obvious sound of bullets whizzing past or the shadow of a creeping lion in the distance, the attacks will come in a much more insidious and subtle way.

They will be a slight corruption in the promises of God. They will be an amendment to the gospel of grace by faith in Christ alone. They will be the lingering thought of sin that’s allowed to flourish into an action. These are the attacks that will surely come today.

But besides their subtlety, there is another reason these fights will be different—the end result of the war has been decided. As Christians, we battle from a posture of weakness in our own ability, and yet with the full confidence in the strength of our King Jesus.

The war has been won; evil has been defeated; the Christian will reign victoriously with Jesus in the end. This assured victory does not make us lazy; it makes us ever more ready to fight, and fight on.

So what should be the posture of the Christian, knowing that the fight is coming to them? It’s a posture of awareness. It’s waking up knowing that today will bring challenges into our path that will all hold spiritual implications. It’s rising from the bed knowing that in a myriad of ways, we will be asked through these attacks to bear witness with our words, actions and attitudes whether or not we truly believe in the sufficiency of Jesus.

Wake up tomorrow, Christian, with the assurance of a conquering Jesus. And wake knowing that this assurance leads to a posture of readiness for the fight that’s to come.