Home Features Worship Is in Our DNA 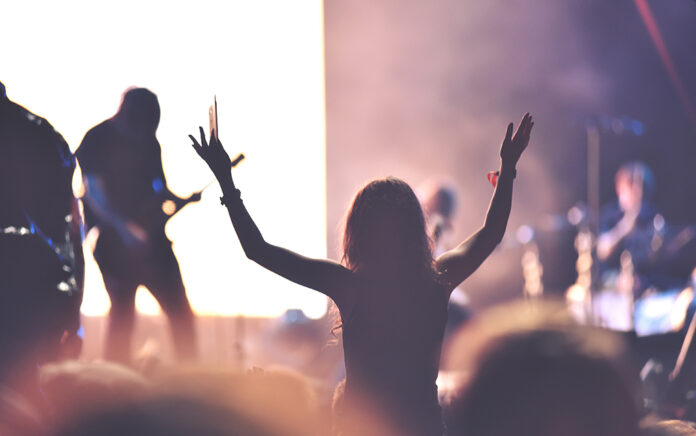 And how the core problem of misplaced worship leads to deeper sin.

We were created to worship. And when you get down to it, every person on earth does worship. We don’t all worship the God of heaven, but we all worship someone or something. It may be a sports figure, an entertainer or someone else. It may be a possession. But everyone bows at some kind of altar.

Even atheists worship. Skeptics worship. Republicans and Democrats worship. Independents worship. Everyone, everywhere, worships. It’s the fundamental drive of life and one of the unique distinctions of humanity.

But if you are not worshiping the true and living God, then you will worship a god of your own composition or some other false god. The problem is that a false god can’t hear you. It can’t see you. It isn’t aware of you.

When we fail to worship God, it will affect every area of our lives.

The apostle Paul wrote, “For ever since the world was created, people have seen the earth and sky. Through everything God made, they can clearly see his invisible qualities—his eternal power and divine nature. … Yes, they knew God, but they wouldn’t worship him as God or even give him thanks. … As a result, their minds became dark and confused” (Rom. 1:20–21).

They wouldn’t worship him as God or even give him thanks. This is the core of humanity’s fallen state. It may not seem like a serious sin to us, but it is to God, because when there is a breakdown here, other problems follow.

Created for this Reason

We were created to glorify God. He wants us to glorify him. The psalmist David wrote, “Give unto the Lord the glory due to his name; worship the Lord in the beauty of holiness” (Ps. 29:2). We owe God our worship.

When we fail to fulfill one of the primary purposes for which God created us, other problems soon will arise.

The Old Testament book of Daniel records the story of Belshazzar, one of the kings of Babylon. His grandfather, Nebuchadnezzar, once was a wicked, pagan king. He had even set up a gold image of himself and commanded everyone to worship it. But ultimately, Nebuchadnezzar came to his senses because he was influenced by the ministry of Daniel the prophet. So he repented and believed in the true God.

Apparently, Belshazzar hadn’t heeded the lessons of his grandfather, because he went out of his way to mock the Lord.

One night he called together all his lords, officials and concubines for a feast. He decided to take the vessels the Jews had used to worship God in the Temple, fill them with wine and drink from them, while they “praised their idols made of gold, silver, bronze, iron, wood and stone” (Dan. 5:4).

And as they engaged in this drunken feast, a hand suddenly appeared and wrote a message on the palace wall, which was directed to Belshazzar: “MENE, MENE, TEKEL, PARSIN.”

Daniel interpreted the message for the king:

“God has numbered the days of your reign and has brought it to an end. … You have been weighed on the balances and have not measured up. … Your kingdom has been divided and given to the Medes and Persians.” —Daniel 5:26–28

Before he delivered the bad news, Daniel put his finger on Belshazzar’s basic sin. Interestingly, he didn’t come down primarily on his idolatry but dealt with something else.

“You and your nobles and your wives and concubines have been drinking wine from [the Temple vessels] while praising gods of silver, gold, bronze, iron, wood and stone—gods that neither see nor hear nor know anything at all. But you have not honored the God who gives you the breath of life and controls your destiny!” —verse 23

Belshazzar’s primary sin was that he failed to glorify God, which, in his case, led to idolatry and immorality.

If God is removed, someone or something always will take his place. When we fail to glorify God, when we fail to give thanks, we will turn to other things. And it’s only a matter of time until our lives will degenerate into immorality.

If you want to see how bad it can get, then read the rest of Romans 1, which talks about all the sinful, wicked, perverse things people can do and the decline they can bring. It begins with failing to glorify God and not thanking him. And this radical, downward trend begins in the realm of our thinking and then works through our lives.

We can trace the problems in our personal lives, our society and our country today to a failure to worship the true God. Any person who is remotely objective would have to acknowledge that our country was based on biblical principles, even though not all our Founding Fathers were committed followers of Jesus Christ.

But now our historians love to engage in revisionism. They want to rewrite our history and do away with these things. Instead of freedom of religion, they have established freedom from religion, and it has found its way into every level of our government as we’ve misinterpreted the intentions of the founders.

We have pushed God out of our classrooms and out of our courtrooms. We no longer want to operate on what the Bible teaches and on what is right and wrong. And then we see it affecting every area of our lives. This is what happens when we fail to worship God.

May God help us to give him our best, because he is worthy.

From Outreach Magazine  When Someone You've Invested in Leaves the Church

This article was originally published at WND.com and on Greg’s blog and is reposted here by permission.