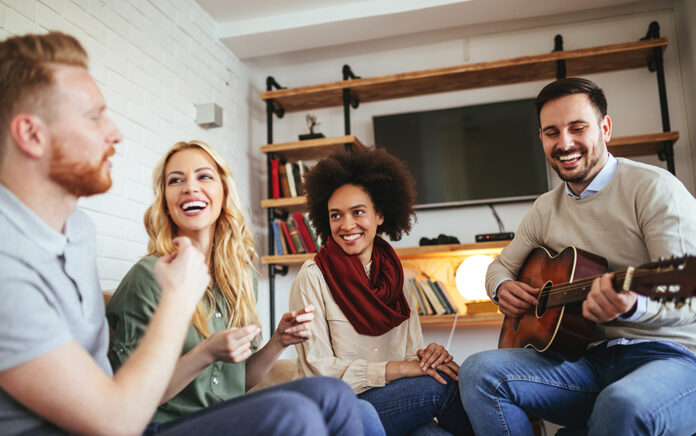 The Many Benefits of Starting Groups

New. Everyone likes new things. Amazon is about bringing new things directly to your front door. Malls are about giving you shopping options so you can find new clothes and sundries. Apple releases new products every fall and tempts you to upgrade or join “Apple Nation.”

Yes, new things catch people’s attention, generate excitement and prove to the watching world that companies are forward-thinking as they innovate and renovate products and services. What does “new” have to do with church, where we tell the old, old story and value the traditions of the past? Can “new” survive and even thrive in this environment? The answer is a resounding yes.

Starting new Bible study groups is one of the best things you can do for your church. New groups demonstrate that the focus of the church remains on those people who do not yet know Christ as Savior. New groups prove that the church remains committed to reaching new people, training new group leaders, and discipling new people like we are commanded in the Great Commission. New groups show that the church understands the benefits of adding new groups to its current options for connecting people to one another through Bible study.

• Add 10 people on average to the total number of people attending the Sunday School.

• Provide a better place for potential new group members to connect with others.

• Be a source of new group leaders for your preschool, children, and student ministries.

Starting new groups takes place in the second and third steps of his now-famous 5-step formula for Sunday School growth:

1. Know your possibilities. This first step in starting new groups is all about seeing the possible future of your teaching ministry—who could you reach if you got serious? Check to see where you have “gaps” in your current Bible teaching ministry. Which groups are being underserved? Look at your community. What unreached people groups do you see that need a group in which they can build friendships while studying the Bible? Look also at your current organization to determine if any of your groups are too large and should be encouraged to “right size” themselves, downsizing to groups of 12 to 16 attendees. Step one in Flake’s Formula is to determine the target audience of the new group(s).

2. Enlarge your organization. Once you have determined which new groups you are going to start, it’s time to draw up a new organizational chart. How many new preschool, children, student, and adult groups do you plan to add? List those new groups along with your existing groups that will continue. As you can see, this is a “paper and pen” exercise up to this point.

3. Enlist and train your new group leaders. This third important step is the place where a church will often experience success or failure in starting new groups. New leaders must know what is expected of them, what resources the church will provide for them (and how to use them correctly), and when regular training will take place. It is recommended that you have a one-year plan you can share with all teachers, both current and potential new ones. Quarterly or monthly training for group leaders has become increasingly popular.

4. Provide the space and equipment needed for new groups. Now that you know who you want to reach, have expanded the organization, and have created a training plan for group leaders, you will need to provide a place for those groups to meet. Perhaps you have empty rooms on your church campus. If not, you may want to start new groups at an off-campus location. Do you have any rooms being used for storage? Clean them out and put people in them! And remember that our COVID-19 experience has taught us that groups don’t have to meet in person or on the church campus! You can begin a second hour of Sunday School and use your space twice, which adds only minimal expenses (It’s a lot less expensive than building new space.).

The five steps above are designed to primarily launch new groups that have not existed before. But we all know that your church’s current groups have the potential to start new ones.

How many businesses have you frequented over the last 30 days that are franchises? Chances are you ate at a restaurant that was franchised. Perhaps you had your oil changed by a business that was also a franchise. Franchises are everywhere, and they are the way businesses have expanded their influence and reached new customers. Starting new groups from current ones is a fine way to reach new people for Bible study. Instead of asking groups to “split, divide, or birth new ones,” maybe the term “franchise” is a better one that sounds more pleasant than splitting or dividing people!

Experience has taught me that groups are most willing to franchise when the following has taken place:

• When they have been involved in the process. Group members and their leaders don’t appreciate being told what to do, but they almost always see the need to franchise themselves to help the church reach new people. Involve them early, and you’ll likely get their full support.

• When they have adopted a “Great Commission” mindset. When a group’s spiritual attention is focused outward on the lost people in their community, it helps to lay the groundwork for a positive launch of a new group. This requires constant attention from the group leader who is responsible for keeping the hearts of his people focused on those who are far from God.

• When the group leader was recruited with franchising as an expectation. This is the most practical long-term solution to the challenge of starting new groups. When a group leader is recruited to teach and lead a group, he must agree to the expectation that he will lead the group to start a new one within 18 months. This can be added to a leader covenant which can be agreed to at the time the person is recruited to lead a Bible study group.