Home Features Reflections on the Legacy of Flight 93 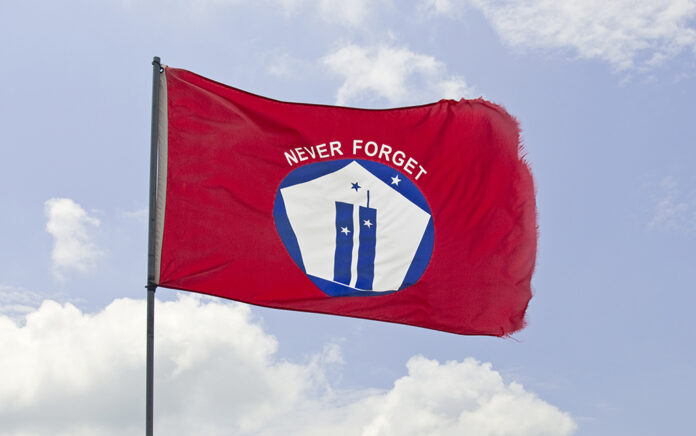 A few years ago my family visited the Flight 93 Memorial near Shanksville, Pennsylvania.

There were scores of people there, and we took the walk down the path that directed our eyes to a 20,000 pound boulder that marked the 50 foot hole the airplane had made when it went down. We walked into the memorial and looked back and forth across walls of memorabilia from that day, news clippings, articles found at the crash scene, newscasters recounting the events of the day, presidents of the United States addressing this heroic day. And then you walk up to these phones, pick up the receiver and listen to passengers on Flight 93 leaving answering machine messages for their loved ones. It was bone chilling. You didn’t have to try to cry or conjure emotion. It flowed. You felt it. Their story is our story. It is the story of courage in the face of evil.

One of those who made calls was passenger, Lauren Catuzzi Grandcolas, she was flying home from her grandmother’s funeral. She made eight calls to her husband from row 23 seats DEF, she never got him on the phone. She left this message, “There has been a little problem with the plane, but I am fine and comfortable for now.”

They knew they were going to die and that it probably wouldn’t end well, and yet, they knew they had to do something to try to save others.

We know we are going to die, someday.

Is that not Jesus’ story? Is that not our story? A story of redemption amid great sacrifice and imminent death.

Tears filled my eyes as I listened to the sobering messages.

It takes courage to sacrifice your life, but it takes more courage to live when you know you are going to die. One of the great leaders on that plane that day was Todd Beamer. He led the passengers and phone dispatcher in praying Psalm 23. The favor of the Lord was with him. He led the fight with his famous words “Let’s roll” to take Flight 93 to the ground before the terrorists could fulfill their plan and crash the plane into either the White House or the Capitol building. These words “Let’s roll” became the battle cry of our leadership and nation. The heroism of the passengers on Flight 93 saved thousands of lives.

A guide at the grounds who lives near the memorial said that nine people saw the plane go down. The plane was moving at a speed of 563 miles per hour. One eyewitness said the plane was inverted and flying upside down before it crashed. The passengers were fighting the terrorists and forcing the plane to the ground. The eyewitness said the plane was so close to the ground, he could see the grass reflecting in the metal of the plane. When the plane hit the ground, it disintegrated immediately, killing all 40 of the passengers and the four terrorists. It took weeks to comb through the debris and try to piece the sorrow of this event together.

From Outreach Magazine  How to Get Your Message Heard

In the midst of the wreckage, a miracle occurred. The investigators found the credit card the terrorists used to put all this together. It was fully intact and provided the necessary link for the United States to connect the dots.

As Jimmy Mellado, president and CEO of Compassion International, says, “All people need is a little hope.” And I believe God gave us that little hope on that day as a nation.

I often think about all the people who lost loved ones on that day. One of the displays at the memorial was titled: “Loss of Life” and it said this:

In addition to these deaths, 40 passengers lost their lives on Flight 93 that day.

The tragedies of life unfortunately are not a respecter of persons. The sorrows create a silent but very real shame that all of us carry inside ourselves because of circumstances in our lives that we don’t understand and can’t explain. We can’t help but wonder like Job, God do you see?

It is in the midst of these times we often develop spiritual PTSD. Spiritual PTSD will trigger at least three things in you: 1) You question if God cares, 2) You doubt your ability to hear God’s voice in your everyday life, 3) You start convincing yourself your faith can’t survive the darkness.

If we stop here, the Enemy wins.

In the darkness we must keep praying, and then when we least expect it, a breakthrough like the credit card will come.

Let us be reminded of Todd’s example.

What are you waiting for?