Home Features Why Prayer Must Be a Priority 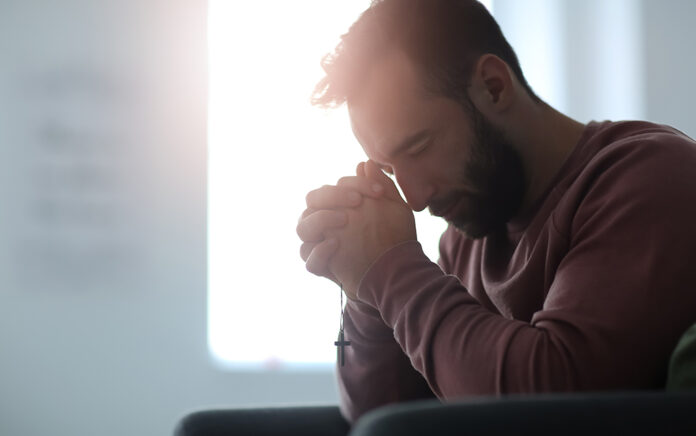 Don’t Neglect Your Most Powerful Privilege

A young man who had a very chaotic childhood spent a great deal of his time living with his grandparents, because his mother didn’t really have much time for him. As he got older, he made some bad decisions and found himself in a lifestyle of drug use. But he hung out with a group of guys who happened to walk past the home of a pastor and his wife every day.

As the pastor’s wife would look out the window at these kids, she felt prompted to start praying for them. She began praying that one or more of those kids would come to Christ. She kept praying, and one day the young man with the chaotic childhood ended up hearing the gospel on his high school campus. As a result, he gave his life to Jesus Christ.

That kid was me. And the pastor and his wife were Chuck and Kay Smith.

I bring this up to point out there is power in prayer. Yet it’s one of the things that we fail to take advantage of as often as we should.

Daniel the prophet was known as a man of prayer, and he had some enemies that wanted to bring him down. They were jealous of his power and influence on King Darius. But they realized there were no scandals in Daniel’s life—no skeletons in his closet. So they decided the only way they could bring him down was if it had something to do with him and his God.

They knew that Daniel had an amazing habit of praying three times a day. It wasn’t to put on a performance. It’s just what he did.

So the wicked enemies of Daniel hatched a plot to get the king to sign a law that no one could pray to any God except him for 30 days. Basically, it became illegal to pray.

What did Daniel do? He went home and did as he always did. And interestingly, when he went to offer his prayer, the Bible tells us that “in his upper room, with his windows open toward Jerusalem, he knelt down on his knees three times that day, and prayed and gave thanks before his God, as was his custom since early days” (Dan. 6:10).

I would understand if the Bible said that Daniel got on his knees and freaked out, crying out to God for deliverance. But what it says is that Daniel gave thanks to God. That’s an important thing to remember when we pray. We can give thanks even before the answer has come, because we know that God is in control. We know that God loves us and is looking out for us.

Jesus himself modeled prayer for us. He was constantly praying. When Jesus fed the 5,000 with five loaves of bread and two fish, the Bible tells us that he looked toward heaven and asked God’s blessing on the food. We also read that mothers brought their children to Jesus so he would pray for them.

In the garden of Gethsemane as he contemplated the horrors of the cross, Jesus prayed, calling on God the Father and saying, “O My Father, if it is possible, let this cup pass from me; nevertheless, not as I will, but as you will” (Matt. 26:39).

In the New Testament book of Luke, we read that “Jesus told his disciples a story to show that they should always pray and never give up” (18:1). If the Bible gave us no other reason for prayer, that would be reason enough. We should pray because Jesus told us to. And if Jesus, who was God, felt it was necessary to pray, then how much more important is it for us to pray?

If prayer were extremely difficult, then our reluctance to pray would be understandable. Let’s say, for example, that every time we prayed, it was the equivalent of getting a root canal. That would be bad. But depending on what you were facing, you probably would be willing to do it.

But the fact is that prayer is not painful. It is not like getting a root canal. Rather, it’s a wonderful, delightful thing to access God’s presence.

The Way God Provides for Us

From Outreach Magazine  Crucified With Christ—Calvary

Prayer is God’s appointed way to give us things. Don’t misunderstand. This isn’t the only reason we should pray. But if we fail to see this, then we’re missing out on a great blessing. The Bible says, “You do not have because you do not ask” (James 4:2).

Are you facing something right now where you need help? Maybe you’re thinking, “Why is it that I always have just enough to get by? I never have more. I’m always in need.” Have you thought about praying?

Or perhaps you’re wondering why your marriage is struggling, and it just seems to be getting worse. Then again, maybe your children are going astray. Have you prayed about it?

This is the way God provides for us.

Prayer is also the way God helps us overcome our fear, anxiety, and worry. Life is full of troubles, isn’t it? But the Bible says, “Give all your worries and cares to God, for he cares about you” (1 Peter 5:7).

The Bible also tells us:

“Don’t worry about anything; instead, pray about everything. Tell God what you need, and thank him for all he has done. Then you will experience God’s peace, which exceeds anything we can understand. His peace will guard your hearts and minds as you live in Christ Jesus” —Philippians 4:6–7

We see from these verses that the Bible is very clear in telling us not to worry and to pray instead. So when you’re tempted to worry, as many of us often are, turn your worries into prayers. Turn them over to God.

Prayer is not an option; it’s a necessity. Maybe you’ve been praying about something for a very long time. Don’t give up. Keep asking. Keep praying.

This article originally appeared on Greg’s blog and WND.com and is reposted here by permission.