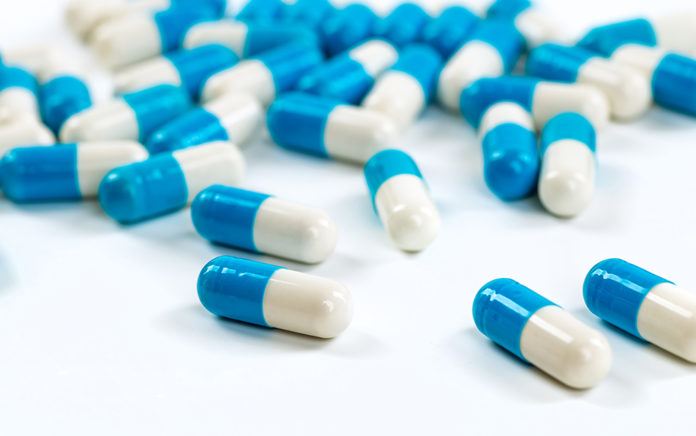 “Medication literally saved my life six years ago. And God knew that would be a part of my story long before I did.”

Someone reached out to me a few months ago and told me she didn’t think I was living in the full power of God because I take medication for my depression. That she had depression herself and God instantly healed her. And that, if I would just trust God more, he would heal me.

I talk openly about medication on my platforms because 1) it played a vital role in giving me my life back after going through severe depression and 2) I want others to know it’s okay if you have to seek out this option. There’s a stigma regarding mental health, especially within the church, and that stigma is only amplified when we start discussing medication as treatment.

Her message didn’t really annoy me or hurt me. I really believe this is her truth and she thought she was helping by sharing it. I’ve been in a public online space for 10-plus years. I have thick skin and I’ve had all sorts of hate spewed in my direction. I’ve wrestled with God, and I’ve done so much work to fuse my faith and mental health together. For me, the message sort of just rolled off my back. I knew in an instant it wasn’t true. But I could not help and think about others out there who would be undone by a message like this landing in their inbox. Those who are still seeking. Those who are questioning their faith. Those with a perception of God being dismissive and passive. A message like hers might be the very thing to tip the scale and send them bolting in the other direction.

I think it’s damaging when we come into the direct messages and comments of other people— people we only know because they give us fragments of their lives on a screen—and say things like, “You are not living in the full power of God because of ___.”

We have to be careful not to turn our testimonies into a one-size-fits-all model. I’m so thankful if you were healed in an instant of your depression. That’s a beautiful story. But don’t count someone else’s story out just because it doesn’t look like yours. That’s beyond damaging, especially if someone already struggles in their relationship with God. That doesn’t draw people closer to him. It leads them further away.

From Outreach Magazine  Stephen Grcevich: Mental Health and the Church

My story involves medication. Yours may, too.

Medication is a modern-day miracle in my eyes. Medication allows me to wake up and thrive each morning. Medication allowed me to carry a beautiful, healthy baby without experiencing depression. Medication literally saved my life six years ago. And God knew that would be a part of my story long before I did.

I believe God is a big-time healer. I believe some people can be healed in an instant, and I’m excited for you if that is your story. However, I think we do so much harm to people looking to God for a miracle when we tell them it’s on us—and us expanding our faith—to produce that miracle. I wish I could invite that girl who sent me the message onto the floor of my childhood bedroom throughout those months of fighting depression so she could see the desperation in the prayers I prayed to God. I wish she could have accompanied me to every doctor I visited, every waiting room I sat in, every church service I attended. I wish she could see that faith is not just healing. Faith is all the walking in-between. Faith is bundled with all the imperfection of this lifetime. I wish she could see that some people get the miracle they’re waiting on and some people don’t but, either way, God is close.

While I believe that God can heal me, the fact that I have not been healed is not a sign that my faith is weak or my expectations are low. It means we are partnered. It means God thinks I am strong enough to keep walking this road and asking my questions.

From Outreach Magazine  5 Ways for Leaders to Welcome Feedback

“Taking medicine is a wise act of faith, not unfaith,” Zack Eswine writes.

“It would not be wise to live by a supposed faith, and cast off the physician and his medicines, any more than to discharge the butcher, and the tailor, and expect to be fed and clothed by faith,” Charles Spurgeon said.

I want to make something really clear: You and I rest in the full power of God every single day and no one gets to convince you otherwise.

I have a faith that is cultivated and tilled and watered and rooted. And, even if I didn’t have that faith, I would still be resting in the full power of God because my God is the author of rest and the author of power. God is closer than your breath. He’s not waiting on you to do x and y and z to get it together. He’s not treating your road to mental health as a Rubik’s cube, waiting for you to turn the little blocks in the exact right direction before he reveals the bigger grid. Even when you don’t feel him, he’s in every step you take. He does not leave. He does not abandon. He does not ask for perfection. He does not require you to go off your medication so he can access his fullest form of power.

We have to do better. Faith is a fragile thing for a lot of people. We don’t need to carry hammers.