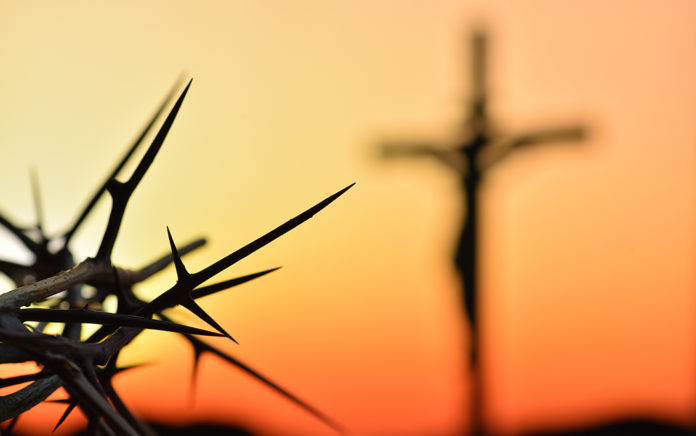 Thorns, thistles, sweat and the gospel

When Adam first disobeyed his Creator, disastrous events for humanity were set in motion. God’s natural favor toward mankind dissipated. The joyous relationship God and his image bearers shared was fractured. The command to be fruitful and multiply stung with the knowledge that all future generations would be cursed with the deathly inheritance of God’s wrath.

As horrific as this was, the effects of Adam’s sin weren’t confined to the human race. Every plant, every animal, and every square inch of the universe was also grievously affected. The home that had been created to perfectly serve and satisfy humans was transformed into a world of danger, frustration, and pain. Christians call this event the fall and its result on humans and the world, the curse. God describes aspects of this curse in Genesis 3:17–19:

“The ground is cursed because of you. You will eat from it by means of painful labor all the days of your life. It will produce thorns and thistles for you, and you will eat the plants of the field. You will eat bread by the sweat of your brow until you return to the ground, since you were taken from it. For you are dust, and you will return to dust.”

A PRECURSOR TO THE GOSPEL

It’s interesting God speaks of thorns and thistles when he’s describing the curse to Adam. God could have chosen to reveal the damaging effects hurricanes and earthquakes would now have on the world. He could have foretold droughts and pandemics. God could also have warned Adam about genocides, torture chambers, human trafficking, and any untold number of evils his sin had put into motion. Instead, God decides to focus on three things: thorns, thistles and sweat.

God may have simply been showing mercy to Adam by not disclosing the full weight of his sin at one time. Understandably, Adam’s now-frail heart could probably not have handled the heaviness. But what if God had a second agenda for emphasizing the particular pains he did? What if he were planting another precursor of the gospel into humanity’s story?

As you think about God’s pronouncement of the curse using the imagery of thorns, thistles and sweat, consider Scripture’s account of Jesus’ journey to the cross.

Luke records a night in which Jesus sweated so intensely it was like drops of blood hitting the ground (Luke 22:44). Matthew also writes, “They twisted together a crown of thorns, put it on his head, and placed a staff in his right hand. And they knelt down before him and mocked him: ‘Hail, king of the Jews!’” (Matt. 27:29).

Note what Jesus is forced to wear on his way to the cross: a crown of thorns—a byproduct and symbol of the curse literally placed on the head of the sacrificial Lamb. A crown is normally a sign of authority and honor, but Jesus’ murderers use this one as a cheap and painful prop to mock him. As they “hail” him with thorns, they are essentially calling him, “the king of garbage, carrying the authority of a compost pile.”

Take in the weight of this image. Before Jesus hangs on a cross to absorb the wrath of God, the curse literally hangs on his head as thorns and drips from his body as blood-soaked sweat. Meanwhile, the people around Christ see this as literal slapstick comedy, beating him with rods in mockery.

From Outreach Magazine  Korea: Why So Many Megachurches?

As the mangled crown of thorns was pushed into Jesus’ skull, I wonder if he reflected on the day he first heard the curse pronouncement given to Adam. As Jesus stood silent before his mockers, the imbedded points of each thorn would have been sharp reminders of his mission. They would also have foreshadowed his glorious future.

Thankfully, we now live on the other side of the cross where Jesus still wears a crown, but one that is no longer a symbol of the curse. Jesus is now crowned with glory and honor because of his suffering, having tasted death for everyone who puts their trust in him (Heb. 2:9).

The next time you wrestle with a result of the curse, whether it’s questioning a natural disaster, an untimely death or an unexpected diagnosis, remember Jesus bore the weight of sin to ultimately redeem humanity from such suffering. If you’re a Christian, thank God you have been transformed from his enemy into a beloved child.

Jesus once wore your curse; you now wear his righteousness. Because of this, a resurrected world, one without thorns, awaits.