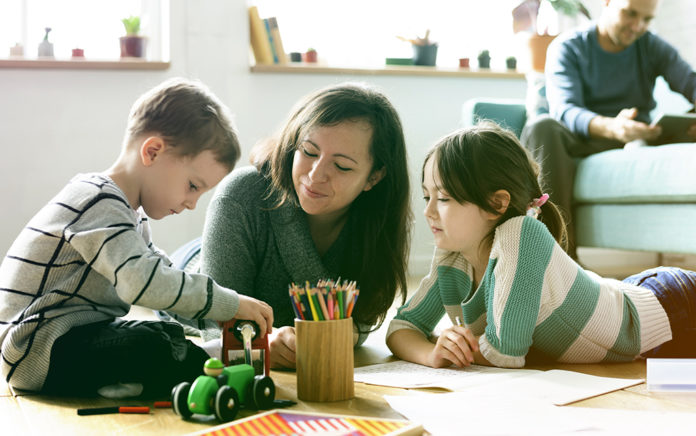 One of the greatest felt human needs is to be understood. Not for everyone, but for many. And part of being understood is to first be seen. I feel this need deeply, and that need grew exponentially when I became a stepmom. Never married with no children of my own, I married a man with […]

One of the greatest felt human needs is to be understood. Not for everyone, but for many. And part of being understood is to first be seen.

I feel this need deeply, and that need grew exponentially when I became a stepmom. Never married with no children of my own, I married a man with two boys (who are now men) nearly 13 years ago. I realized how much I didn’t understand—and even previously assumed—about blended or stepfamilies.

The chasm between what is true about blended families and what may be perceived about them was never more apparent than it was in the local church. Blended families need intentionality from the church, and here are four things I can share from my personal experience to help inform more effective ministry.

1. Blended Families Are Still Families; They Just Got Here Differently.

A traditional, nuclear family was formed through the marriage of a man and a woman who had children together. That family was born out of joy. A blended family is only possible through loss: One or both parties in the marriage are widowed, divorced, or were otherwise abandoned (never married) by their children’s other parent(s).

Married couples who have no biological children but have adopted children, are adoptive families—nevertheless, they are families. Likewise, families who were formed out of some kind of loss are blended families, but they’re families.

This is important to remember when we’re serving blended families in our communities or engaging them in church life.

My friend Laura Petherbridge, author of The Smart Stepmom, has identified and articulated a truth about stepmoms I didn’t realize until I heard her say it: Stepmoms often have the responsibilities and the stresses of a “real mom,” but don’t usually get the return on investment.

From Outreach Magazine  5 Doctrines Every Christian Should Know

What she means by this is stepmoms (and some stepdads) have the homework, the dinners, the financial investment/sacrifice—all the things a mom does—but without the reward, the loyalty and love from their stepkids. This isn’t to say stepkids don’t love their stepparents; my stepsons love me and they tell me so. Many other stepparents aren’t so fortunate.

But my stepsons already have a mother, whom I respect as their mother. Ultimately—at least until they marry—she is the priority woman in my stepsons’ lives. I celebrate that truth and encourage them to treat her as such.

The stepparents in your congregation and community need encouragement and affirmation. This could mean asking them how they are doing in their roles, or how you can pray for them through any specific challenges they face as a stepparent. Encourage them when you notice small things they’re doing for their stepkids.

3. Blended Families Tend to Be Invisible in the Church.

Stepfamilies tend to hide in the shadows when it comes to church life. Some do so because of shame—even when they weren’t the ones who caused or initiated a divorce. There’s a constant felt obligation to explain themselves and their situation in some church contexts.

But I’ve also witnessed blended families relegated to the shadows, not being seen as viable members with valuable contributions to make (much like we’ve seen singles in the church). Blended families have been in the church for a long time; they’re nothing new. However, it’s rare to see an adult in a blended family in a leadership position.

It’s important for at least two reasons to make stepfamilies visible in church life. First, they are part of God’s kingdom and should be represented in congregations. Second, it sends a message to blended families who visit your church that says, “We see you, and we value you.”

What a critical affirmation that would be to blended families who feel invisible at church! Consider how you can engage members of blended families in service and leadership in your ministry.

4. Stepkids Fall Through The Ministry Cracks.

I saw this need in a real, up-close way with my stepsons. Because the kids in a blended family often split time between households, they miss out on activities and don’t stay in the loop on critical updates.

It’s easy to have the “out of sight, out of mind” mentality. But oftentimes, the local church is one of the most consistent, stable aspects in the life of a stepchild. And when their own earthly family is fractured, their church family should be a soft place to land.

Church leaders—particularly kids and student ministry leaders—should take extra steps to keep stepkids plugged in to ministry. Make sure to email or text information. Go the extra mile to tell them they were missed when they were absent from a Sunday or an event due to being at the other home. Work with their parents to understand their schedule so you can plan ahead to include them in ministry activities.

We live in a fractured world inhabited by fractured families. As Jesus’ church, we’re called to be salt and light—agents of restoration among the broken. When we understand and engage blended families in our churches, we work through the power of the Holy Spirit to bring healing to hurting people in our churches—and hopefully, to the curious in the community.