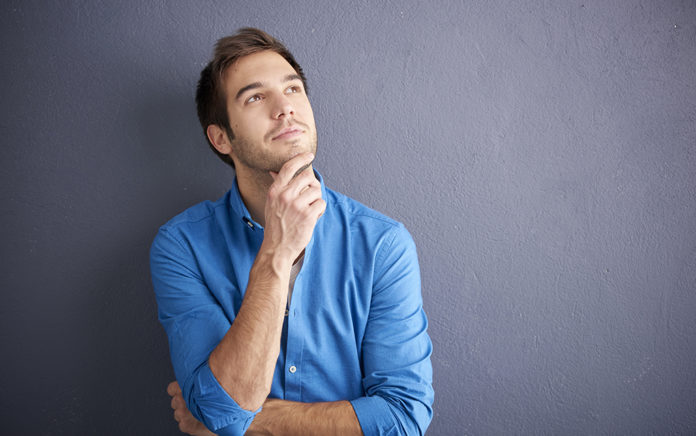 To trust God is to distrust every other promise maker.

It was a Saturday, and I flipped on the TV for an extraordinarily long time. Seemingly everything was exercise equipment, how to become real estate rich with no money down, and steps to financial security. As much as we all make sport of this sort of thing, it attracts us. That’s because we are “wired” for law: Tell me what to do, and I’ll get it done.

God’s law is inborn, in our conscience, part of our moral makeup. The law can direct us, but it cannot drive us—except to either despair or self-righteousness.

The church father Augustine defined sin as being curved in on ourselves. Only God’s promise can drive us out of ourselves and our own programs for acceptance before ourselves, other people and God. While the Christian life according to Scripture is purpose-directed, it is promise-driven.

Together, Genesis 15 and Romans 4 bring home this point powerfully.

WRESTLING WITH THE PROMISE (GEN. 15)

Abram’s greatest problem is that he has no heir, no one to carry on the calling God has given him. His world, as he sees it, is bleak.

After these things, the word of the LORD came to Abram in a vision, “Do not be afraid, Abram, I am your shield; your reward shall be very great” (Gen. 15:1).

Notice, in this opening address, it is sheer promise.

Yet still Abram wonders, “O LORD God, what will you give me, for I continue childless, and the heir of my house is Eliezar of Damascus? … You have given me no son, and so a slave born in my house is to be my heir” (vv. 2–3). Nevertheless, God counters again with the promise, offering the innumerable stars as a sign of the teeming offspring that will come from Abram’s loins.

Abram’s response is neither blind optimism nor positive thinking. He believes.

Faith does not create; it receives. The preaching of the promise created justifying faith, and this sign and seal confirmed and ratified it. Out of his confession of faith, Abram continued his pilgrimage—not on the basis of Sarai’s fertility or his physical vigor, but on the sole basis of the Word. Sarai’s infertile womb is the canvas on which God will paint a new creation. And they both get renamed. The promise gives them a new identity.

In Romans 4, Paul brings Abraham to the witness stand as an example to us—not chiefly as someone whose holiness we can emulate, but primarily as someone for whom the promise worked even though he didn’t. The law is not the problem; we are. The law simply points that out. Law logic is entirely appropriate for those created in God’s image, designed and equipped to reflect God’s righteousness in every way. But it says nothing about how lawbreakers can be saved from its judgment.

From Outreach Magazine  8 Benefits of the Return of VBS

In Romans 3:21–26, Paul had announced that law logic can only proclaim the righteousness that God is. It condemns us who have failed to conform to it. Then we arrive at chapter 4. The question that throws law and promise into a sharp contrast is this: How does one obtain the inheritance of the heavenly rest?

“But to him who does not work but believes on him who justifies the ungodly, his faith is accounted for righteousness, just as David also describes the blessedness of the man to whom God imputes righteousness apart from works.” —Romans 4:5–6

God is never closer to us, Paul says, than when Christ is being preached to us (v. 8).

It’s important to recognize that God’s promises are not simply a pledge of a future reality; they bring about that reality in the present. The promise (or gospel) preached creates faith, just as the law brings about condemnation. The law not only warns us of God’s coming wrath, it “brings about wrath,” just as the judge’s act of sentencing effects a criminal’s condemnation. Throughout Scripture we are taught that God’s Word is effectual: It brings about whatever God speaks, whether in creation, providence or redemption. God’s speech is indeed “active and living” (Heb. 4:12).

Just as God spoke the world into existence without any contribution from created things, so he speaks a new world of salvation into being. Salvation comes, then, not by doing certain things but by hearing certain things and embracing them by faith.

WHAT REALLY DRIVES YOU?

In the conclusion to this remarkable chapter, Paul writes:

“Now the words, ‘it was reckoned to him,’ were written not only for his sake alone, but for ours also. It will be reckoned to us who believe in him who raised Jesus our Lord from the dead, who was handed over to death for our trespasses and was raised for our justification. Therefore, since we are justified by faith, we have peace with God through our Lord Jesus Christ, through whom we have obtained access to this grace in which we stand; and we boast in our hope of sharing the glory of God.” —Romans 4:23–5:1

Abraham’s faith defied every possibility he saw, in favor of the “impossible” word he heard. Faith, then, is defiance; to trust God is to distrust every other promise maker.

The world makes a lot of promises. Even the church can become a place where people get the idea that they exist merely to usher in the kingdom by serving on committees and being involved in a thousand programs.

Eventually, though, we’ll become burned out on good advice. What we need is good news.

This article originally appeared on CoreChristianity.com and TheGospelCoalition.org and is reposted here by permission.