Home Features What Are We Living For? 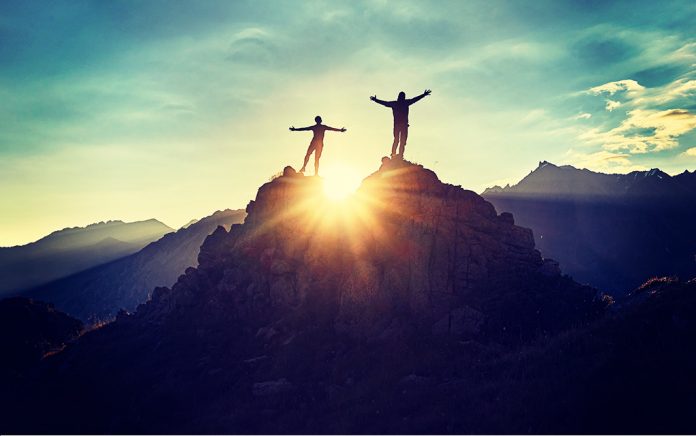 There are many things we can chase after in life, but only one pursuit truly matters.

What really gets you moving in life? What gives your life purpose or a sense of meaning, raising it above the level of mere existence? What is your master passion?

Some would say, “It’s to just live. My philosophy is to take one day at a time.” They just exist, following their impulses and desires. They sort of live for the moment. They live for the next paycheck or for the next weekend.

The apostle Paul talked about people like this. He said, “Their god is their appetite, they brag about shameful things, and they think only about this life here on earth” (Phil. 1:19). They just live to satisfy the appetites they have in life.

Others live to get even. They think, “If you get me, I’m going to get you back.” They’re constantly at war with someone. They always have their nemesis. They love to be in conflict. These kind of people are continually aggravated and in a perpetual bad mood.

We will leave everything here in this life. King Solomon had incredible possessions, yet here’s what he had to say: “I collected great sums of silver and gold, the treasure of many kings and provinces. I hired wonderful singers, both men and women, and had many beautiful concubines. I had everything a man could desire! … But as I looked at everything I had worked so hard to accomplish, it was all so meaningless—like chasing the wind” (Eccl. 2:8, 11).

From Outreach Magazine  Living as Christians in the Age of Outrage

Others might appear more noble and say, “I live to acquire knowledge. I want to learn. I want to discover new truth.” That’s actually a pretty good thing. But if in your pursuit of knowledge you leave God out of the equation, then you simply will end up as a well-educated fool.

King Solomon went after the pursuit of knowledge as well. In addition to his vast wealth, he was known at one point as the wisest man who ever lived. Yet he concluded, “The greater my wisdom, the greater my grief. To increase knowledge only increases sorrow” (Eccl. 1:18).

When it comes to students at many universities today, I’m not sure whether they are getting an education or indoctrination in a worldview that is contrary to the Bible. But this is not new to our time, either.

A philosopher of Paul’s day was Seneca, who said the purpose of life was to enjoy oneself in the realm of ideas, to think, learn, master the laws of nature, and then make the mind the master of man. But if we forget God in our pursuit of knowledge, then we will have learned nothing.

Paul’s purpose in life was in direct contrast to Seneca’s. Paul said, “Living means living for Christ” (Phil. 1:21). And when you live for Christ, you will accept God’s will for your life.

Paul went to Rome to preach, but he ended up under house arrest. As a result, he was reaching an elite group of people who would not have been reached otherwise. So Paul understood that God had his hand in it.

He said, “Everything that has happened to me here has helped to spread the good news” (Phil. 1:12).

Did it ever occur to you that you are where you are right now because God wants you there? Maybe, in effect, you’re chained to someone, and you’re thinking, “Why do I have to be here with this person?”

From Outreach Magazine  Colin Kaepernick, the NFL and Protesting the National Anthem: How Should Christians Respond?

God has put you where you are for his purposes.

As C.S. Lewis pointed out, “If you read history you will find that the Christians who did most for the present world were precisely those who thought most of the next. It is since Christians have largely ceased to think of the other world that they have become so ineffective in this.”

The first Christians did not outargue the pagans; they outlived them. They didn’t conquer paganism and dead religion by reacting blow by blow. Instead, the Christians of the 1st century outthought, outprayed and outlived the nonbelievers.

They didn’t stage protests and hold boycotts. Instead, they prayed and preached and proclaimed the message of the death of Christ on the cross and his resurrection from the dead. Then they backed up that message with actions to match. And they changed the planet.

What do you live for? You live for something. If you have faith in Christ and know what it means to live for him, then you will have your feet on the ground, but your heart and your thoughts will be in heaven.