Home Features Serving Both Nicodemus and the Samaritan Woman 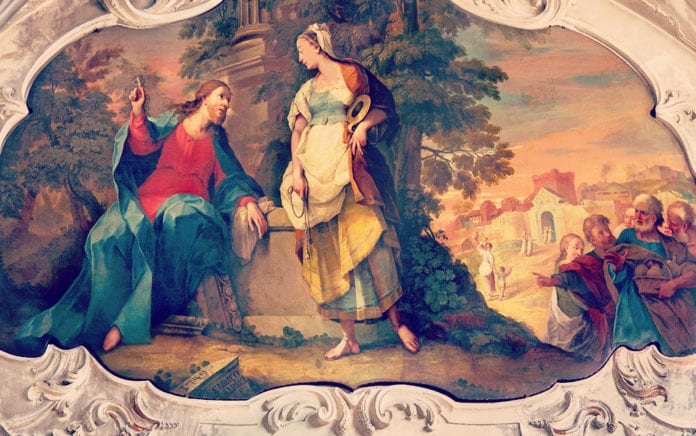 We gravitate toward certain types of people, but Jesus gave his love and grace to both.

Nicodemus and the Samaritan woman: Will you serve both? If you had to choose, which one do you find easier or more enjoyable to love and serve?

But what do we see in Jesus?

In John 3, Jesus famously received Nicodemus and talked to him about God’s love for the world. One chapter later, in John 4, Jesus initiated a conversation with the woman at the well and offered himself—the Living Water. The two people couldn’t be more different from one another: a man and a woman, a Jew and a Samaritan, a religious leader and a person with a shady past, legalist and licentious, an encounter at night and one in the day. While they were different, Jesus loved them both. He received one and pursued the other, and both acts were gracious and loving.

Jesus received Nicodemus at night and instead of shaming him and insisting he come back tomorrow when everyone could see, he engaged him in conversation and invited him to be born again. Jesus pursued the woman at the well and offered her grace in the midst of all he knew about her past. No one knows us as well as Christ knows us, and no one loves us as deeply as Christ loves us.

From Outreach Magazine  The Surprising Truth About World Changers

Who did Jesus prefer to serve? He offered himself to both. If we walk as Jesus walked we will offer grace to people like Nicodemus and people like the Samaritan woman.

For those who would debate which is more loving, the pursuit or the receiving, Jesus flips the script when he gives the story about the father with two sons (Luke 15). The father received the younger son—the son most similar to the Samaritan woman—when he came home from the far and distant country. And the father pursued the older son—the son similar to Nicodemus—when he went outside and sat and talked with him.

If we are going to love like Jesus loved, we must be overwhelmed with his love for us. All of us have in some ways been like Nicodemus—thinking we can somehow justify ourselves with our goodness. And all of us in some ways have been like the Samaritan woman—looking for life in things that are not him.

To be passionate about loving one type of person and neglecting the other is not to follow the example of the one who loved us first. Both Nicodemus and the Samaritan woman need the grace of Jesus and he offers his grace to both.