Home Features No Instrument Is More Important Than Another 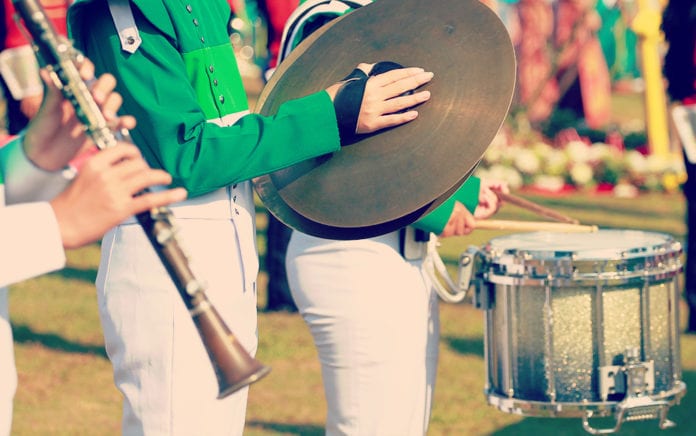 Playing in a band and orchestra taught me a lot about the place of my spiritual gifts in the body of Christ.

I played the flute in high school, both in marching band and in what we called symphonic band, which was basically non-marching season.

Every year, without fail, the guys that filled out the brass sections—the trumpets, trombones, baritones, and tubas—consistently poked fun at my section, reminding us that no one could really hear us from the stands. In other words, we didn’t much matter during marching season. They were the most important, because they were loud and, more often than not, they carried the primary melody for whatever song we played.

In some ways they were right. Unless we flautists transitioned to piccolo, we couldn’t be heard in the stands above the brass and the pounding bass drums, except for when the songs turned briefly dirge-like and our flutes could rise up in the quiet.

But did that mean we didn’t matter? Is being heard what makes something matter?

During symphonic season, everything changed. We played different kinds of music than we did during football season—no longer the rousing, crowd-pleasers, nor the fight songs we could high-step to. The snare drummers put away their rat-a-tat-ta drumsticks and picked up timpani mallets instead. Some of our clarinet players pulled out their oboes and bassoons. For large sections of some of our pieces, the brass players would just sit there, not playing a note, while the flutes and clarinets took center stage.

To be honest, I loved marching season far more than symphonic season. At times I wished I’d chosen an instrument vital to our marching season show, perhaps the snare drum or the trumpet. The brass sections were right: as flutes, we didn’t much matter to the show. We only mattered in boring, old symphonic season that no one much cared about.

From Outreach Magazine  Reflections at 50 on God's Faithfulness

I’ve been thinking about this lately in relation to spiritual gifts. Because I’m passionate about each person using their gifts for the benefit of the greater good, I have a tendency to elevate gifts as if they are ultimate, as if they can be possessed and harnessed at will. I tend, in other words, to be a trumpeter, blasting loudly and secretly believing the music couldn’t go on without me.

In the past year, God figuratively moved me from trumpet to flute, and I suddenly found myself indignant that I would be asked to play a part that didn’t much matter to anyone but him. But God, I wanted to say, look what I can do at trumpet! Don’t you see that I’m needed? How will the show go on without me?

That’s when I began to see how I’ve elevated my supposed gifts above their appropriate place. It’s as if I believe my one instrument is more important than the music on the page, the band as a whole, and the director’s will. What’s more, I didn’t know it until I was handed the flute, but I’ve believed I was above a quiet, unseen part in the larger show.

When it comes to spiritual gifts, we don’t possess them. We use them at the direction of God, according to his Spirit’s power. Sometimes we sit quietly, waiting for that direction, while God uses others. Sometimes we’re very visible. Sometimes we act in ways that are unseen or seemingly unimportant, but whether seen or unseen in their use, he wouldn’t ask us to use them if it weren’t contributing to the edification and building of his Church.

No one instrument is more important than the other.

The gift is not the greatest.

Being used or seen in our gifts is not the reason we use them.

God is the greatest. And the music he makes through us collectively is beautiful. That’s the purpose of our gifts, and our very lives.

This article originally appeared on GraceCoversMe.com.