Home Features Why We Must Forgive 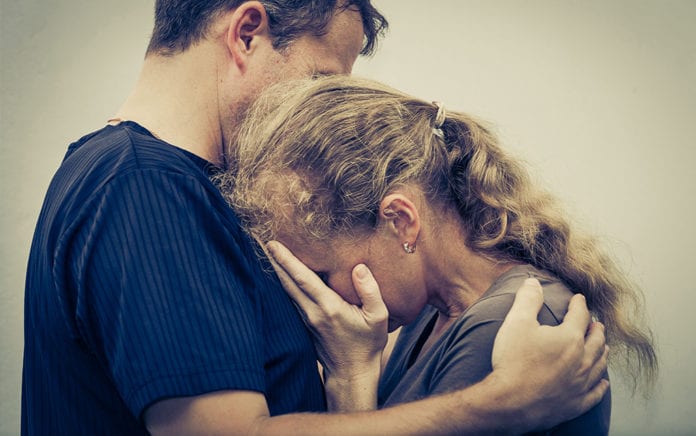 Forgiveness is not only commanded, but it’s essential to our spiritual, mental and physical health.

There is a good point about forgiveness there. The simple truth is that until you have forgiven someone who has hurt or offended you, you will be unable to do what God really wants you to do.

Jesus taught us to pray, “Our Father in heaven, hallowed be Your name. Your kingdom come. Your will be done on earth as it is in heaven. Give us this day our daily bread. And forgive us our debts, as we forgive our debtors” (Matt. 6:9–12).

This is essentially a model prayer. It’s a prayer that we build our other prayers upon. It shows us how to pray. Jesus was essentially saying, “Every day you should ask God to forgive you of your sins.” The word “debt” could be translated “trespasses,” “shortcomings,” “resentments,” “what we owe to you,” and “the wrong we have done.”

Any Christian who is walking with God is acutely aware of the fact they need daily cleansing from God. It has been said the greater the saint, the greater the sense of sin and the awareness of sin within. The more you walk with God, the more you will be aware of how much you fall short. The apostle Paul, after years of walking with the Lord, described himself as the chief of sinners.

Jesus not only taught us that we should pray for our own forgiveness, but also that we should “forgive our debtors” (Matt. 6:12). According to Jesus, our generous and constant forgiveness of others should be the natural result of our understanding of the forgiveness that God has extended to us. In other words, forgiven people should be forgiving people.

If you know anything about the forgiveness of God, you should forgive others. And if you are not a forgiving person, then I have to wonder how much you know of God’s forgiveness. He has given it to you unconditionally. He has extended it to you in great generosity. And we should do the same to others.

Sometimes it’s intentional. Sometimes it isn’t. Yet because we are human, we are going to hurt. Therefore, we must learn to forgive.

The Bible says in Hebrews 12:15 that we should “watch out that no poisonous root of bitterness grows up to trouble you, corrupting many.”

Of course, we are living in a time when forgiveness is not really in favor. In fact, to a large degree, it is looked down upon. If you forgive others, then you are considered to be something of a wimp.

We don’t exalt forgiveness in our society; we exalt vengeance. In our culture we still operate by the old adage “I don’t get mad; I get even.” Our culture exalts violence and payback. This is a twisted time in which we are living.

The Bible tells again and again to forgive and to extend forgiveness. Among other things, we are told in 1 Corinthians 13 that when we are loving, we should “think no evil” (see v. 5). That phrase could be translated, “Don’t take something into account.” It’s a bookkeeping term that means to calculate or to enter into a ledger a permanent record that can be consulted when needed. If you are loving a person, then you’ll think no evil. You won’t keep account. So don’t bring up something that your spouse said to you 12 years ago. It’s time to forgive. It’s time to forget.

Not only is forgiveness important to you spiritually, but it is also good for your health. A number of years ago Time magazine published an article entitled, Should All Be Forgiven? The article stated that “scientists and sociologists have begun to extract forgiveness and the act of forgiving from the confines of the confessional, transforming it into the subject of quantifiable research.” The writer went on to say, “A number of psychotherapists are testifying that there is nothing like [forgiveness] for dissipating anger, mending marriages and banishing depression.”

The world is finally coming around to see the value of what God has been saying all along. It is good to forgive. It is good for you physically. It is necessary for you spiritually. If you are truly a child of God, it is not an option. You must forgive.

The Bible tells us to “be kind to one another, tenderhearted, forgiving one another, even as God in Christ forgave you” (Eph. 4:32) and “make allowance for each other’s faults, and forgive anyone who offends you. Remember, the Lord forgave you, so you must forgive others” (Col. 3:13).

Then there is this radical statement from Jesus: “But when you are praying, first forgive anyone you are holding a grudge against, so that your Father in heaven will forgive your sins, too” (Mark 11:25).

We cannot control everything that happens in our lives. We try, but we can’t. There is, however, one thing we can do, and that is forgive.

This article originally appeared on WND.com.