Home Features The Life-Changing Power of Hitting a Wall 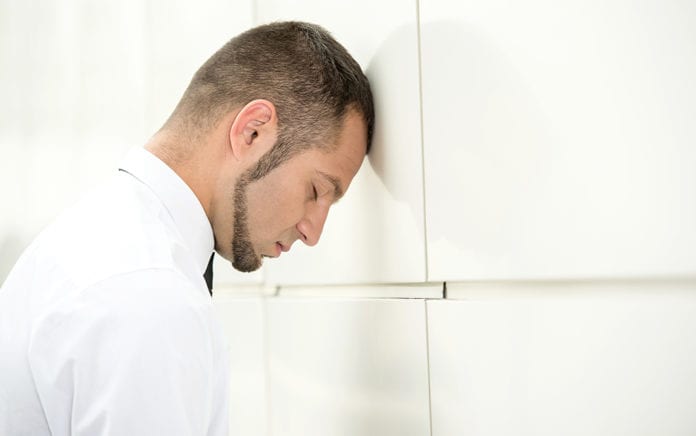 Sometimes the best thing that can happen to you is the jolt of a hard experience.

I’ll never forget the experience of being fired. I was 36 years old, with a wife and two small children. After telling my wife Kathleen, we sat on the bed, cried a little, and realized that part of our lives was over. But looking back today, I can see the jolt of that experience was the best thing that could have ever happened to me. Shortly afterwards, we began the greatest journey of change we had ever experienced, because I had hit a wall.

I had no other choice, and there was only one answer—change or die. Perhaps you’ve hit your wall. Maybe you’ve been fired, divorced, financially ruined, hit bottom from substance abuse, been humiliated, experienced failure or had a close call with death. If your life has been completely turned upside down, and you’re at the end of your rope, then you have it easy.

That’s right—you actually have it easy. Doing the research for my book on how to change your life called Jolt! I discovered that the most difficult aspect of changing your life is beginning—taking the first step. Most people rest on their laurels, take the easy way out, rationalize their options—anything—to keep from changing.

If you’ve hit your wall and have no other options, then your decision is already made. Your choice has been decided and you’re on the way up. But if you haven’t quite hit bottom yet and been jolted into reality, the choice is going to be much tougher.

Your arguments might include: Sure I’m frustrated with my job, but at least it’s a paycheck, and a lot of people are out of work right now. I’m not really drinking that much, and after all, I could quit just about any time. Oh, I dreamed about a different life, but that was a kid’s dream. It’s not really something that’s realistic for me to pursue now. I could advance faster if I got my college degree, but I work all day, so why should I spend my evenings going to class? I could go on and on. I don’t know your particular frustration, but I’m sure you have a million excuses for why you’ve never begun your journey to change. You haven’t hit your particular wall, so your life could easily go on for years, maybe your whole life, before you realize you’ve traded your dreams for a shallow, empty copy.

From Outreach Magazine  3 Perfect Opportunities to Share Your Faith

The truth is, as long as we see any other way out, very few of us will muster the will to make real change happen. But the good news is, hitting a wall can be your ticket to freedom because it forces you to change course and to do it now. A friend thought he was doing fine until doctors discovered he had developed cancer of the esophagus. His treatment and recovery forced him to leave his business and literally took him out of everything for more than four years. Thinking his career was over, he nearly gave up. But hitting that wall jolted him, and the experience completely changed his perspective on life. As a result, he’s transformed his thinking about his purpose for living, and guess what? His cancer even went into remission and he’s back at work.

The big question is: Would you rather live your life with the pain of tough choices now or the pain of regret later?