Home Features Steve Jobs and Our Need of a Good Father 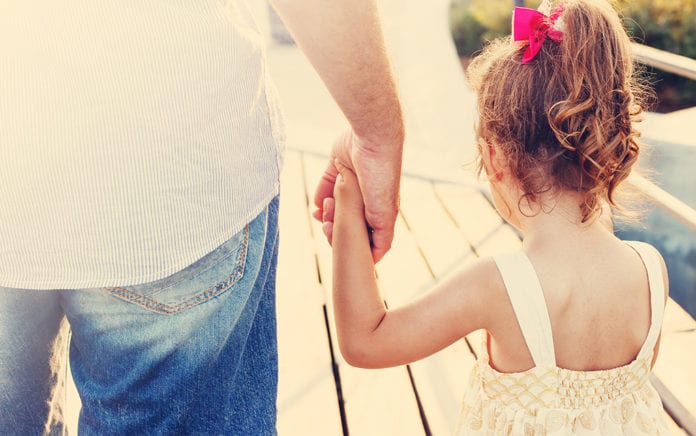 Steve Jobs’ failure as a father underscores our need for a Father who is perfect and chooses us.

A few months ago, Lisa Brennan-Jobs released her memoir Small Fry about growing up as Steve Job’s daughter. It caused me to reflect on my own parenting and also my Christian faith. Lisa is an incredible writer and the story is incredibly sad. When she was born, Jobs arrived a few days later and insisted the child was not his. Lisa’s mom later had to sue for child support as they lived on welfare while Steve Jobs was a multi-millionaire, and Lisa was required to take a DNA test to prove Steve was her father. When Apple went public and Steve was immediately worth more than 200 million, he gave Lisa’s mother 500 dollars a month for child support. Steve would come visit her and go skating, and, despite his absence, Lisa anticipated those moments with her father. Steve Jobs launched a Macintosh computer called the Lisa while Lisa’s mother was pregnant with her. Throughout the book, the Lisa computer is a recurring theme.

The idea that he’d named the failed computer after me was woven in with my sense of self, even if he did not confirm it, and I used this story to bolster myself when, near him, I felt like nothing. I didn’t care about computers—they were made of fixed metal parts and chips with glinting lines inside plastic cases—but I liked the idea that I was connected to him in this way. It would mean I’d been chosen and had a place, despite the fact that he was aloof or absent. It meant I was fastened to the earth and its machines. He was famous; he drove a Porsche. If the Lisa was named after me, I was a part of all that (p. 114).

“Hey, you know that that computer, the Lisa? Was it named after me?” I asked many years later, when I was in high school and splitting my time between my parents’ houses. I tried to sound like I was curious, nothing more. If he would just give me this one thing. “Nope.” His voice was clipped, dismissive. Like I was fishing for a compliment. “Sorry, kid” (p. 250).

From Outreach Magazine  How Do We Explain the Slaughter of the Canaanites?

When Lisa was 27 years old, Jobs invited her on a yacht trip with her stepmother, siblings, and babysitter. One day they stopped for lunch at Bono’s villa. Over lunch, Bono asked, “So, was the Lisa computer named after her?” There was a pause. I braced—prepared for his answer. My father hesitated, looked down at his plate for a long moment, and then back at Bono. “Yeah, it was,” he said. I sat up in my chair. “I thought so,” Bono said. “Yup,” my father said. I studied my father’s face. What had changed? Why had he admitted it now, after all these years? Of course, it was named after me, I thought then. His lie seemed preposterous now. I felt a new power that pulled my chest up. “That’s the first time he’s said yes,” I told Bono. “Thank you for asking.” (p. 365)

When I read Lisa’s story it reminded me of how every moment with my daughters is important, how moments from childhood and adolescence will be burned into their minds for their entire lives. I have not been a perfect father. There are times when I have been tired and have not played as much as I should have or times I have been distracted with pressure from work. I was challenged to be a better dad.

The book also reminded me that Christ is the perfect One. The language Lisa used to describe the longing for an identity with her father is striking. She wanted the computer to be named after her because she wanted to be “chosen and have a place.” When he admitted it was named after, she felt a “new power.”

From Outreach Magazine  A Redemptive Truce in the Culture War

As Christians we believe the longing for a close relationship with a father points to our need for our Father. We were created to know him. 600 years before Jesus was born into our world, the prophet Isaiah announced that he would be called “everlasting father” (Isa. 9:6).

Those of us who know him know that he is forever and he is fatherly. He is from the beginning and he is everlasting. We won’t come home one day to discover that he is gone. He will never leave us or forsake us. He has chosen us. We have a place. He has not ignored us. He is not apathetic towards us. He is not a father who neglects you but he is a father who is perfect for you. He proudly acknowledges us as his own, defends us, provides for us and cares for us. Unlike me, our everlasting Father is never tired or distracted. Our heavenly Father is always pursuing and he is always present. He never sleeps or slumbers.