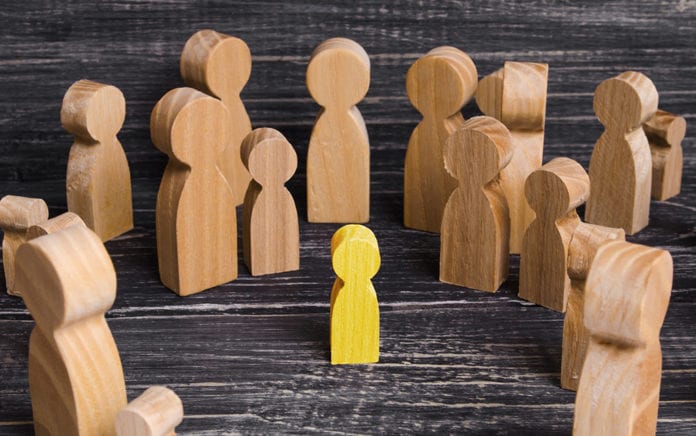 When I was a youth pastor, I’d take annual foreign mission trips with my students. And leading up to the trip we’d have training and prep to do. Of the many talks we would have, one in particular was about the difference between relative poverty and absolute poverty. One shows a poverty existing only in […]

When I was a youth pastor, I’d take annual foreign mission trips with my students. And leading up to the trip we’d have training and prep to do. Of the many talks we would have, one in particular was about the difference between relative poverty and absolute poverty.

One shows a poverty existing only in comparison to what you possess/own. The other is a state of poverty in which a person/people have no capability to live.

And sure enough, while on the trip, I’d have one-on-one conversations with students who were struggling seeing people who had food, shelter and family but didn’t possess what (in their American mindset) was anything near their own personal standard of living. They’d see children playing and families singing but couldn’t wrap their minds around how they could possess that type of heart without the possessions that make us Americans comfortable.

I miss those trips with students.
I miss debriefing with them.
I miss hearing how much they learned about what really matters in the kingdom of God.
I miss seeing them begin to engage in their worlds because their faith deepened from leaving for a week, unplugging from the world they knew and plugging into community and mission.

But there’s another type of poverty that I see growing. I’ll call it, relational poverty. we live in a day and age of loneliness and isolation. We live in a time of having thousands of social media friends and followers but nobody to have a conversation with. We’ve replaced handshakes and hugs with “likes” and “favorites.” One on end, someone feels like they’ve reached out because they clicked a button on a status. On the other end, a person searches for something else to post in order to get their next stimulating fix from social media attention.

From Outreach Magazine  5 Truths About Diversity in the Church

We live in an age of relational poverty. We know a lot of people. But we don’t really know them and/or nobody really knows us.

This has been something I’ve pondered over the past month in our series on faith here at Kfirst called “The 13th Floor.” We’ve been exploring what faith is and how to operate in it. And as I’m going over a number of study notes I see a small bullet point I typed out a few months ago that caught my eye:

From the beginning of time, we were created to be in community/relationship with others and with God. And the results of the “original sin” was to attack those relationships (blame each other and God) and to isolate (hide) ourselves. No wonder God said, “It is not good for man to be alone.” I believe this was more than a statement about marriage, but also about our state of being. We were created to be in and operate in relationship with others.

And I truly believe that’s where faith grows best.

It’s no wonder that one of the greatest attacks on faith in Christ in an age of over-connection is to impoverish us of relationships. We can’t find unity of faith in denominations because we live in constant criticism of others. We can’t celebrate faith because we envy what someone else has been blessed with. We have immature faith because we do not seek out the mentorship (spiritual fathers and mothers) of those who’ve gone before us. We can’t develop faith though dialogue because we haven’t learned how to disagree “agreeably” on surface issues and live in agreement on the foundational things of Jesus. We can’t pass on faith because we’re too busy attacking/despising another generation instead of celebrating what makes the other distinct so that we can learn from each other.

Why do I still believe in the church? Because my faith isn’t in the church but in Jesus. And because my faith is in Jesus, it allows me to navigate relationships without placing the expectations on people that I should have on Christ alone. He is the author of my faith (Heb. 12:1), and he perfects and grows it. And I believe that faith growth happens best in community.

And it’s in the community of church that my faith is challenged and deepened by interacting with people of various backgrounds and generations. It’s in those relationships I can celebrate what God is doing in others to challenge me and give me hope for my own faith. I find my faith grows as I sit with others in dialogue and civil conversation. I find my faith gets strengthened when I see people of a variety of colors, nationalities, backgrounds and economic statuses come together under the name of Jesus.

Get in community. Watch the level of relational poverty diminish and faith rise in his church.

This article originally appeared at PDave.me.