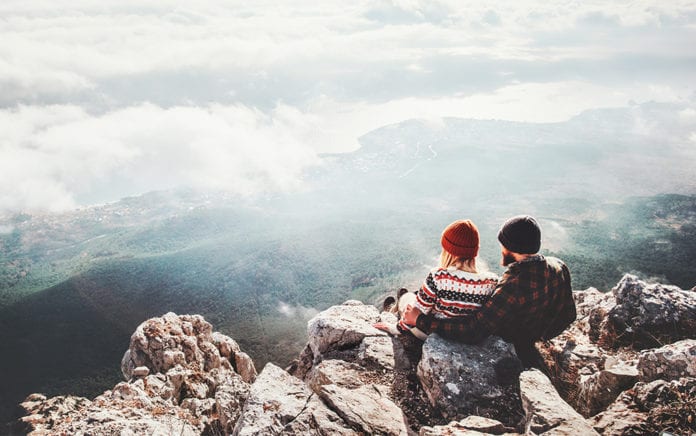 My wife Donna and I have learned some hard-earned lessons from 30 years of marriage that might be helpful in your own.

Love and marriage is a topic that always seems to be trending.

Many people, particularly when they are young, look forward idealistically towards marriage, as if their partner will complete them and fulfill them in fairytale-like ways.

I love being married. Donna challenges me to grow and loves me unconditionally in many ways. But marriage is not the perfect picture many grow up and dreaming.

After 30 years of marriage, I have found that marriage is both better and harder than I expected.

A few minutes ago, Donna and I came back from a lunch date. We talked about the challenges and blessings of marriage. As we talked, we did find that our challenges tended to be in a few key areas. Maybe discussing them here might be of help to you.

Sometimes your spouse may mean one thing in what he or she says and you may receive it as something completely different. Or you may even have different ideas about what needs to be communicated.

For example, I’ve been very busy lately with my new role at Wheaton College and with Mission Group. We have grown our team so that I now have about 60 people on my different teams and in different roles. It requires a lot of delegation. My wife mentioned to me a few months ago that it felt as though I was delegating tasks to her the way I delegate tasks to my team.

Now, I think I delegate well to my team, so that’s not the point.

From Outreach Magazine  How to Know When You Need Time Away

But I asked her to tell me more. I listened, because after decades of marriage I’ve learned that that’s what needs to be done. She was communicating with me, so I did my best to make space to receive what she was saying and understand where she was coming from.

Before Donna communicated with me about the issue, it had been a non-issue for me. It wasn’t on my radar. Things had just made more sense to me, especially given the patterns of my new roles, if we were dividing tasks the way we were.

I told her that, and she explained her view. I heard her and I made some shifts in the ways I do those things. Even if it isn’t the way that instinctively makes the most sense to me, it is worth the time and effort for her to feel honored.

If Donna had not brought this up with me, I never would have known that the way we did things didn’t feel honoring to her. I am very driven by efficiency and time management, but that doesn’t mean Donna is always driven by those same things. We need to communicate clearly about those differences, and when we do, we both end up loving and honoring one another better.

Communication is a big area, but there are others.

Money can cause a lot of problems in marriages. Early on in our relationship, Donna and I were discussing what we would do if we had $10 million. It ended up leading to a fight! I said I would set up an endowed institution where we could do long-term ministry, and she had said she would give it to her family.

It was a completely theoretical question, and still it led to a big fight. Yes, we fought about money we did not have.

From Outreach Magazine  Planting a Church That Outlives Itself

It is important to communicate both calmly and clearly about money with your spouse. Have a plan and be excited about the ways you will be responsible with your funds and how you will use your money together in a way that reflects Christ.

Those who have kids know that parenting is hard and it can put extra strain on your marriage. But it is also rewarding, both in and of itself and in the ways it benefits marriage.

Those are a few areas where we struggled. Maybe you have as well.

Whatever the issue, whether it’s communication, money, parenting, or something else, we’ve found that learning to listen and value one another more than our own perception has been key to a successful marriage. Ultimately, there will be times when you feel “marriage is harder than I expected” more than “marriage is better than I expected.”

But there will also be times when the opposite is true. A marriage with Christ at the center is worth the investment to work through these issues together.