Home Features 3 Warning Signs Someone Is Dabbling in the Occult 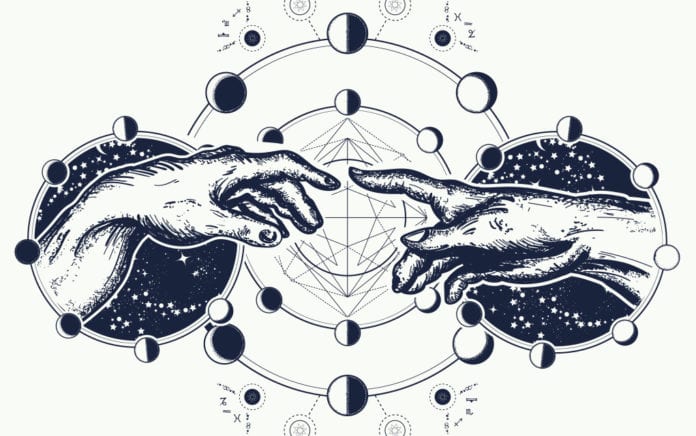 There are only two sides God’s and Satan’s. Be sure those you lead know who they are consulting.

She also chants, goes to Kundalini (yoga), meditates with a group and is into crystals. “The energy they hold is this ancient energy,” she said. “It helps your own energy when you work with them; when you’re near them.”

According to a recent Pew Research poll, she’s not alone. Most Americans “mix traditional faith with beliefs in psychics, reincarnation and spiritual energy that they say can be found in physical objects such as mountains, trees and crystals.”

A staggering 41 percent of Americans believe in psychics. A stunning 42 percent believe spiritual energy can be located in physical objects.

I recently did a series on the paranormal. You can get the installments in .pdf or .mp3 format HERE. I could tell it was one of the more eye-opening series I had ever done. Why? Because people genuinely didn’t know the difference between authentic spirituality and the world of the occult.

I started off by mapping the spiritual world, specifically the great spiritual conflict in the heavens and the nature and work of angels and demons.

Then I took the rest of the series to walk through the three marks of the occult:

1. The Disclosure or Communication of Unknown information Unavailable to Humans Through Normal Means

That knowledge comes from somewhere—and if it’s not from God through the sources God has ordained, then it is through the evil one and his forces. There is no neutral and impersonal “Power” just floating around out there. Nothing that has a voice or can be tapped into—some kind of cosmic consciousness for secret knowledge about the future of a human life. Everything falls under heaven or hell, good or evil, God or the evil one.

“You have trusted in your wickedness … your wisdom and knowledge mislead you … Disaster will come upon you, and you will not know how to conjure it away … keep on, then, with your magic spells and with your many sorceries … let your astrologers come forward, those stargazers who make predictions month by month … they are like stubble; the fire will burn them up. They cannot even save themselves … each of them goes on in his error.” —Isaiah 47:10–15

“… diviners see visions that lie; they tell dreams that are false, they give comfort in vain.” —Zechariah 10:2

“I am the Lord, the Creator of all things. I alone stretched out the heavens … I make fools of fortunetellers and frustrate the predictions of astrologers.” —Isaiah 44:24–25

“Let no one be found among you who … practices divination or … interprets omens … Anyone who does these things is detestable to the Lord.” —Deuteronomy 18:10–12

2. The Placing of Persons in Contact With Supernatural Powers, Paranormal Energies, or Demonic Forces

This involves things like spiritual energy in a crystal or any other entity, attempting to summon up a spirit or a deceased relative through a séance, channeling a spirit, or procuring the services of someone claiming to be a medium.

From Outreach Magazine  How to Grow a Small Church

“Let no one be found among you who … is a medium or spiritist or who consults the dead. Anyone who does these things is detestable to the Lord.” —Deuteronomy 18:10–12

“When men tell you to consult mediums and spiritists, who whisper and mutter, should not a people inquire of their God?” —Isaiah 8:19

So what is happening when you get in touch with a ghost? It’s not a ghost. There is no such thing as a ghost. So what happens at a séance when Uncle John suddenly seems to appear or to talk through a medium? You are either being tricked (and many really are just flat out hoaxes), or you are in contact with a demon impersonating who you hoped to connect with. The first scenario makes you out to be a fool; the second is simply nightmarish.

But in both cases, you are receiving knowledge, contact and advice that is not of God—it’s either of human origin or of demonic origin. Look at the words on this from the prophet Jeremiah:

3. Any Attempt to Gain and Master Paranormal Power in Order to Manipulate or Influence Other People Into Certain Actions.

In other words, all forms of witchcraft and the casting of spells. Being clear on this is important because of the rise of modern day witchcraft, which goes by the name of Wicca.

From Outreach Magazine  The "Success Factor" for Small Churches

“Let no one be found among you who … practices … sorcery … engages in witchcraft or casts spells … Anyone who does these things is detestable to the Lord.” —Deuteronomy 18:10–12

So there you have it. A map of the supernatural world. On the one side you have God and his faithful angels. On the other side the world of the paranormal or the occult, which is the world of Satan and his demons.

There isn’t anything else.

One of them is good, the other is evil. There are a lot of ways, sadly, that Satan and his team seduces us to engage the evil side—to open our lives to it and to invite it in without even knowing it. And when we do, whether we are aware of it or not, we are engaging the forces of darkness.

We are connecting with Satan and his demons.

We are willfully opening up the door of our life to their presence and activity.

And they will enter.

And nothing could be more dangerous.

Initially it might seem benign, even innocent, for as the Bible says, Satan positions himself as an angel of light. But then the evil engulfs you.

And it’s even more than playing with fire. It’s dousing yourself with gasoline and then lighting the match.

It is spiritual suicide.

This article was originally published on ChurchandCulture.org. It is reposted here in partnership with James Emery White.