Home Features A Church Plant Can Be a Sending Church 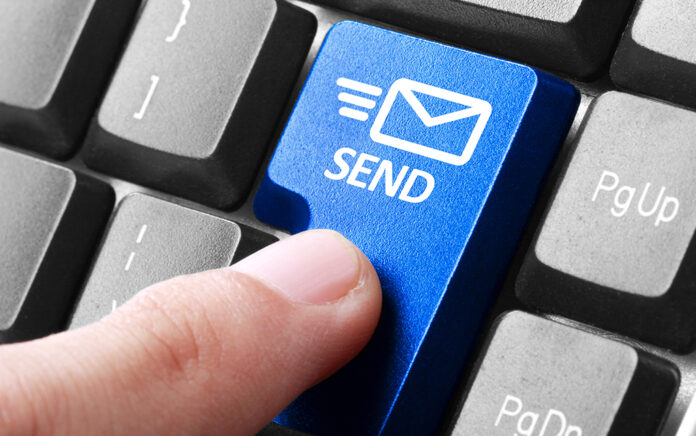 Recently, I was on a personal retreat at a nearby monastery. With my Bible and journal in hand, I tiptoed away to the surrounding knobby trails, nervously observing the rule of silence and solitude. There wasn’t a single sign of human life for nearly two hours as I sat peaceably on a beautiful overlook. But then there was a buzz. No, really—I mean a bee suddenly attacked me. He came at me stinger-first while I flailed and danced and chanted nonsense. And in that momentary interruption of the holy silence—wouldn’t you know it—an old monk rounded the corner.

He shook his head. I started to explain. He just walked off.

Buzz. It definitely gets things moving, but it often requires some explanation.

Right now there is a growing buzz about something called a “sending church.” Although missional involvement over the past few decades for many churches has looked mostly like donating money, things are starting to move in a fresh direction. Pastors and churches are recognizing there’s more to God’s mission than “Pay, pray, and stay out of the way.” It’s a narrative that’s changing even at the church plant level.

Yet having buzz alone is like mixing energy drinks and coffee—it might help you charge through a lull, but eventually it leaves you almost dead. Allowing ecclesiology and missiology to mix means local churches take the lead in the Great Commission, mobilizing all their members on mission to the neighborhoods, some of them onward to new church plants, and some of them onward to the nations. It sounds awesome, and biblical—but also, if we’re honest, exhausting. Before the motivating pulse of sending-church buzz wears off, we need a grounding explanation of why and how to do it.

A couple of years ago, a handful of sending-church leaders came together for this very purpose. These leaders were locked in a room with only one option for escape: complete a thorough definition of a sending church. Many hours and arguments later, they stared in thoughtful agreement at this white-boarded run-on sentence:

“A Sending Church is a local community of Christ-followers who have made a covenant together to be prayerful, deliberate, and proactive in developing, commissioning, and sending their own members both locally and globally, often in partnership with other churches or agencies, and continuing to encourage, support, and advocate for them while making disciples cross-culturally and upon their return.”1

Here are some of the key presuppositions and implications from this definition:

God Is a Sending God

We have long heard and agreed that God is a missionary God, and we support that claim by pointing to his Son’s act of leaving heaven to incarnate himself on earth and give us access to the gospel through his life, death, and resurrection. Yet we can say more broadly that God is an outgoing God, or a sending God. His eternal love shared among the Persons of the Godhead (John 17:24) spilled over as he sent forth his word and Spirit to fashion the world. The Bible captures this progression as God plays out his redemption by sending his angels, law, messengers, judges, priests, kings, and prophets—not to mention his own Son (Gal 4:4–5). In the words of Andreas Kostenberger, “Clearly the notion of ‘sending’ is central to any treatment of mission.”2

We Are a Sent People

In light of this God, it’s no surprise when Jesus turns to his followers and says, “As the Father has sent me, even so I am sending you” (John 20:21). If being Sender is part of God’s own character, then being Sent Ones is certainly part of ours. Missions as a concept excites some of us, but sentness as an identity reframes every last one of us. And though the imago Dei indeed imprints sentness in every member of Christ’s body, it is our corporate sent identity that carries the fullness of Christ and the power to fill the entire earth with the knowledge of God’s glory (Eph 1:22–23; Hab 2:14). That’s why Ross Hastings says, “the church as one with Christ (not individuals) is God’s primary missionary.”3

Sending Is the Church’s God-Given Birthright

Sending is not a call for churches to do more, but to be more, to live into who they already are. For years many churches have neglected their birthright as the vehicle through which God would reach into every classroom, cubicle, hut, and high-rise. They’ve settled for being “missions-minded” and have outsourced their commission by simply donating money or pointing people to parachurch organizations and missions agencies.

Sure, not every church has the capacity to be their own sending agency, but no parachurch (literally “alongside-church”) organization should replace the missionary ministry of the local church. Instead, as Eric Wright argues, the local church should strive for meaningful partnership: “Without vibrant sending churches, the whole missionary enterprise falters. The local church is the nursery where missionary vision is nurtured, the base from which missionaries are sent and the home to which they return for encouragement and rest.”4

The biblical concept of sending beckons for Antiochs who grow “out” instead of Babels who grow “up.”

Of course, it is easy to assume that raising up and sending out church-planting core teams and missionaries is only possible in an established church with a bountiful budget and a deep bench of leaders. And yet we are seeing more and more churches planted with the vision to be sending churches from the very beginning. They are strategically and sacrificially leveraging their resources, offering them up like two fish and five loaves, and watching Jesus multiply their offering.

For instance, when I began pastoring at my current church, it was seven years old and still like a church plant in many ways. But it had already planted two churches and sent out more than a dozen missionaries, all of whom it was continuing to care for. The church’s growth hadn’t been “up” so much as “out.” It was small and unimpressive, yet it was making a domestic and global impact. It was living proof that a church plant can indeed be a sending church.

So there’s a bit of an explanation. Church planting is undoubtedly worth the buzz.