Home Features Are We Following the God of What Works? 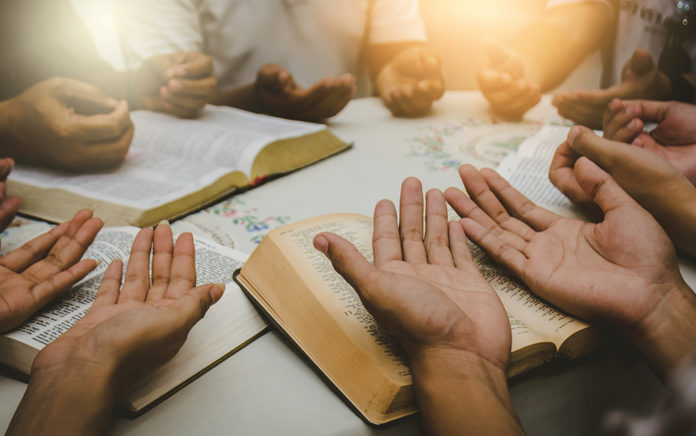 Dietrich Schindler shares what he’s learned in his 30 years of church multiplication and why he believes conversion-based church planting is not on the radar of most leaders today.

See if this sounds familiar: A gifted leader inspires other Christians to start a new church. They meet regularly to pray, plan and lay out a church-planting strategy. Often, this involves what the worship service will look like and what kinds of programs the church will offer.

My guess is you’ve either been a part of or led that process at one time or another. Unwittingly, the leaders of the new venture often reduce the meaning of church to an event, equating the church with a worship service. The worship service becomes the ministry’s driving force, which quickly translates to a focus on numbers, giving, staff, technology and image projection.

This commonly held assumption about church planting is depriving people of discovering the hope of Christ at a time when we desperately need it. If we commit our church-planting efforts into the hands of the god of what works, we shouldn’t be surprised when the wheels come off.

Truly, we need the Holy Spirit in our church planting. When the Holy Spirit is in the driver’s seat, radical and beautiful things happen. We seek the face of the Father above success and invest in less-than-perfect people. The antidote to pragmatism is prayer—total surrender and dependence upon God to be in charge.

In contemporary church planting, we tend to neglect calling people outside the church to follow Jesus in the initial stages in favor, instead, of gathering a core group of believers. Only after having convened a team of highly committed people does the church-planting leader begin to evangelize. I believe we need to return to an emphasis on conversion-based church multiplication that produces organically grown multiplying churches.

CONVERSION GROWTH THAT GREW THE CHURCH

In the early church, all churches started by conversion. When we read through the book of Acts, Luke explains that they “added to their number” (2:41). On five different occasions in Luke’s account, we come across the Greek term prostithymi (meaning “to add to” or “to grow”). The term described conversion growth that grew the church.

Scripture repeatedly shows us that the church in Jerusalem was a church that was started by means of conversion growth through Peter`s preaching in the power of the Holy Spirit. The church in Antioch started with the newly converted as well. And the first church in Europe was in Philippi, started the same way.

Conversion growth is a gift from God. So, why is what was normative in the New Testament era considered a church-planting anomaly today? Based on what I’ve seen, we can look at five reasons why we’re not seeing people coming to Christ as the foundation for forming new churches. Check these out and see if any or all of these resonate.

From Outreach Magazine  Why No Bible Translation Is ‘The Best’

1. People Have Already Been Discipled by Popular Culture.

In my European context, this translates to freedom from religion to personal preference. The greatest sin in secular European culture is intolerance: daring to tell another person they’re wrong to hold to their “truth.”

Today, many truths are based upon personal preference. All secular people possess spirituality (just look at the popularity of icons like Oprah Winfrey). We live in an age in which most people believe that life can be lived well without God. In neglecting him, they insert the conviction that human agency is enough for humans to flourish.

2. Our Expectations of God Have Been Domesticated.

The common assumption of how we start churches reflects how God has become too small to many of us. Instead of allowing the New Testament to influence how we go about planting churches, we bow to commonly held assumptions.

Think about a circus elephant. At a very young age, the elephant is chained to a stake in the ground. Try as he might, the little creature is no match against the strength of the stake and the chain. As the elephant grows older, it gets stronger. Although physically easily able to free itself from the confines of the stake, the grown elephant can’t do it. He has been trained to believe that the chain and the stake will dominate his life. And it does.

We have been trained that there is only one way to go about church planting, and that way is to organize it instead of expecting God to pneumatize it. Have we become the elephant chained to the stake, unable to conceive that God might have a better way?

3. Our Church-Planting Approach Is Not Missional.

Most church planters are shepherds who occasionally function as missionaries. We need the reverse: missionaries who occasionally function as pastors. I get it. Pastors functioning as church planters is an understandable phenomenon. We receive our training from professors who are teachers. Very rarely do apostles and evangelists become educators because apostles and evangelists would rather be on the front lines than talking about what it‘s like being on the front lines while grading papers.

From Outreach Magazine  Approaching an Atheist: How to Initiate Life-Changing Conversations

The pastoral approach, steeped in theological education, has seeped into our approach to church planting. The pastoral church planter will spend large amounts of their time behind a study desk because that’s what they were taught: prepare well, feed the flock and don‘t neglect the study of the Word. The problem is this approach, while understandable, often leads to concentrating on the found instead of seeking out the lost.

4. Our Lack of Faith in What God Wants to Do Hinders Us.

What’s the difference between great faith and little faith? Great faith always trusts God for what’s beyond our human means and capacity to produce. Little faith trusts God for what we can usually engineer by human effort—denigrating church planting to what we can do. Great faith is seen in offensive praying—thanking God for the miracles of new birth before they happen. Little faith is seen in defensive praying—“Lord, keep us safe, heal us, help us.”

Church planting is like creation. God created our world twice. The first creation was a vivid picture of what the fully created world would look like living in the mind of God—his own dream or vision. The second creation was when God spoke “and it was.” Churches are always planted twice: first in the hearts of the church planters, and then visibly.

The vision is where the action is. We need to learn to pray along our vision of conversion-based church planting, instead of along the lines of what has always been.

Have you ever seen or been a part of a church that started with new believers? Most of us haven‘t witnessed, nor have we been a part of, conversion-based church planting.

This article is based on the new ebook Shift: The Road to Level 5 Church Planting Multiplication by Dietrich Schindler. Download it at Exponential.org/shift.