Home Features Why We Need Each Other 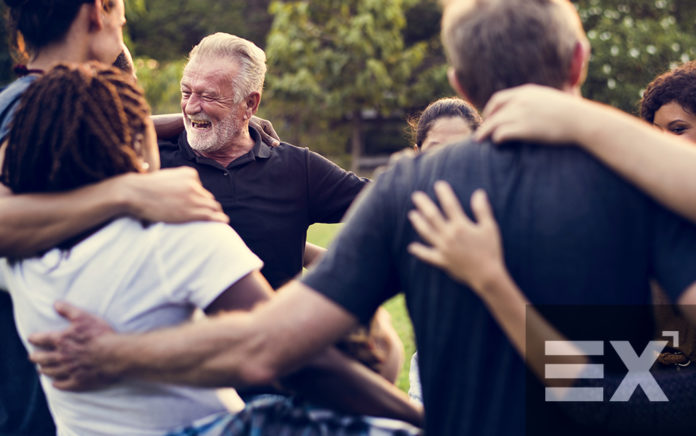 Why we can’t thrive alone.

As 2020 approaches, Exponential continues the mobilization conversation with a focus on the importance of collaboration, coming together as a body of believers to fulfill the mission of Jesus. Here, Dave Ferguson, who leads Exponential’s annual conference, presents us with a huge problem hindering our efforts to accomplish the mission. He invites us to embrace the power of collaboration and its importance to the kingdom. We are better together.

In the 13th century, the German king, Frederick II, conducted a diabolical experiment to discover what language children would naturally grow up speaking if never spoken to. He was sure it would be German. To him, that premise seemed obvious, and it just needed to be proven. So to prove it, King Frederick took babies from their mothers at birth and placed them in the care of nurses who were forbidden to speak in their presence. He also imposed a second equally cruel rule: The nurses were not allowed to touch the infants. They were instructed to leave them alone with no physical or emotional contact.

Due to a horrific response, Frederick had to cut his experiment short. The tragedy revealed something very significant regarding human nature. As you may have guessed, the babies never grew up to speak any language because they all died.

It was the Italian historian Salimbene di Adam, in 1248, who made this scientific observation about the infants in Frederick’s inhumane study: “They could not live without petting.” The babies literally died from a lack of human touch and being left all alone.

Even modern science is now proving that humans are better together, that we are literally engineered to be with one another, and that we actually flourish when we spend time in the presence of others who love us. Sadly, the opposite is true when we’re left alone, a phenomenon modern medicine calls, “failure to thrive.”

Could the church, the body of Christ, be threatened with failure to thrive?

WHAT’S KILLING THE BODY OF CHRIST?

We want to start a conversation with you. One we think could change the world. For starters, here are some questions to consider:

• If isolation and loneliness can lead to suffering and premature death in a human body, can separation and alienation lead to sickness and death in Christ’s body?

• Since the church is made of people who thrive in community, doesn’t it make sense that the body of Christ will flourish when we come together but perish when we abandon one another?

From Outreach Magazine  Is It Wrong to Doubt?

Jesus’ words in the book of Matthew beautifully reflect this truth and inform the conversation we want to have with you: “For where two or three come together in my name, I am there with them” (Matt. 18:20). When we collaborate and come together as a body of believers, he promises he’ll be present in a qualitatively different way than when we are alone. In other words:

We are better together.

Have we forgotten this spiritual reality? Over the next few weeks, I’d like to invite you into a conversation. I call this a conversation because I think this is just the beginning of some very important discoveries that could change the trajectory of the Western church and the spiritual landscape we call home. We’ll begin by showing you a huge problem in our efforts to accomplish the mission of Jesus.

But don’t panic. What’s ahead is kingdom altering and we’re excited that you’re here. Throughout 2020, Exponential will unpack this missing piece—and Jesus’ vision that we are better together. We’re dreaming big about what could happen as we move forward in our pursuit of Jesus’ mission—together.