Home Features Why Churches Without Broken People Are Broken 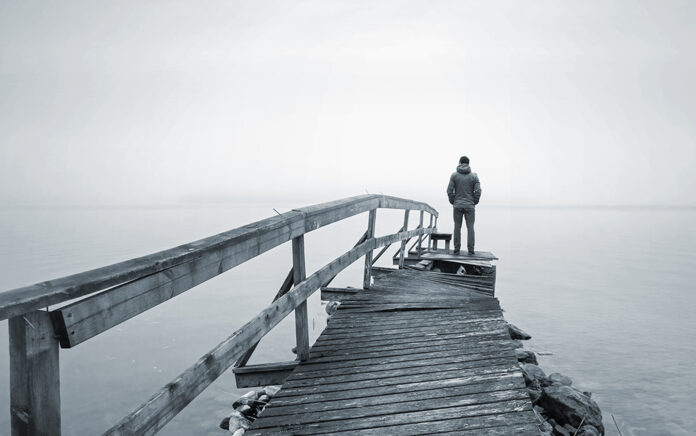 Are We Engaging People Outside Our ‘Group’?

It is a natural thing for Christians to want to be around other Christians. Something special happens in the fellowship of believers but too much of a good thing can lead to broken churches.

We can worship freely, study deeply and communicate clearly. Hanging out with like-minded people who (appear to) “have their stuff together” can be a wonderful thing.

But how well are we engaging those who aren’t as spiritually stable as we (think we) are?

I’ve been fascinated by the fact that a lot of Christians don’t seem to like non-Christians—otherwise known as “the lost,” “the unchurched” or whatever other term you may want to use. They want to keep away from the messy people—perhaps missing the obvious, that we are messy as well.

It is kind of interesting that after coming to Christ and growing in knowledge, we often end up distancing ourselves from some of our former friends. And then, as we begin to grow in spiritual maturity, we find that we have less and less time for the hurting and struggling.

We have found the one thing that meets the need in our lives, but we keep our distance from those who need the very thing we’ve found. I don’t think this separation is intentional, but it does happen, and in the end, our intentions don’t matter.

Our needs get met and we move on, oblivious to a world that is falling apart all around us.

That is not the way of Christ.

Jesus lived differently. One of the common criticisms Jesus faced was that He spent too much time with sinners. He associated with the unwelcomed and unappreciated of society. How many of us could be accused of spending too much time with the “riff raff”?

A church without the broken is a broken church.

It wasn’t that Jesus was waiting for Paul to write “bad company corrupts good morals” in 1 Corinthians. No one better understood the importance of spiritual maturity, scriptural knowledge, a robust prayer life and positive influences than Jesus.

But He also knew that these things were not just for His personal benefit. These disciplines and lifestyle choices need to be shared with those who are lost. The Christian life is not about finding safety and comfort; it’s about finding yourself in a dangerous place of vulnerable compassion.

Separated From the Separated

Personally, I came from a dysfunctional family—I could list our issues, but that is not my point. One day, I was talking with one of my daughters about the dysfunction I experienced growing up. That kind of life is hard for her to imagine because of how our family works today. Though we have our own issues, we just don’t have the same kind of dysfunction I had growing up.

She asked why some families go our way and others go the way of dysfunction. I told her there are several factors that determine personal and family stability, but in our case, we were changed by the power of the gospel.

But in talking about that, I was struck by the fact that having grown up in a broken home, I know what it looks like to be in the mess of day-to-day living. But my daughters, they know it a lot less.

I praise God they don’t have to deal with some of the problems that come through such brokenness. But I think my daughters may, in a sense, be representative of what many Christians have experienced—they don’t know what it’s like.

The Danger of Growing Up Christian

The Christian life is not about finding safety and comfort.

Many Christians are “generational believers,” as they have grown up in a Christian home. That is their reality, but there is a bigger reality. Sometimes we can easily forget there’s a hurting world out there. We drive through it on the way to church, or on the way to work. But at the end of the day, we don’t come to terms with the vast brokenness that surrounds us.

Serving and Saving: The Way of Christ and His Church

Sometimes the hurting make their way into the pews and, by grace and through faith, respond to the good news of salvation. But all too often, the only connections Christians have with broken people are made outside of church. That’s why I love to hear a pastor say, “You know, we’re going to be a church that cares about the hurting and serves those in need, showing the love of Christ to the lost.”

I’m struck by the fact that Jesus talks about His ministry in two ways. In Luke 4:18, he says, “The Spirit of the Lord is upon me because he has anointed me.” He goes on to talk about preaching the good news to the poor and the captive.

In fact, this type of ministry was a sign that He was the Messiah. Prophecy was being fulfilled as He showed kindness to those who were hurting. Throughout Scripture, we see the work of Christ among the widows, the blind, the broken—whoever had a need. Jesus served with compassion.

Jesus came to save.

We have been sent by Jesus to join him in his mission. He came to serve and to save, then so must we. We are to serve others in his name, and we are to share the good news of salvation so that people might trust in Jesus’ work on the cross—his death in our place, for our sin.

Serving and saving were marks of Christ’s life on earth. They should be marks of his people as well.

But to do that, we must engage the broken and hurting people around us. I don’t want to be part of a broken church—instead, I want to be a part of a church where broken people are welcome—a church where perfect people aren’t allowed, a place where people can embark on this journey without having everything figured out from the start.

That’s hard. But it’s what we were called to be. A church without the broken is a broken church.

How does your church engage the hurting? What have you done in your own life to avoid insulating yourself from the brokenness around you?

Are we so concerned about how people view us that we’ll never be accused of spending too much time with sinners?

This article originally appeared on ChurchLeaders.com.