Home Features Why You Should Rethink Cutting Your Missions Budget 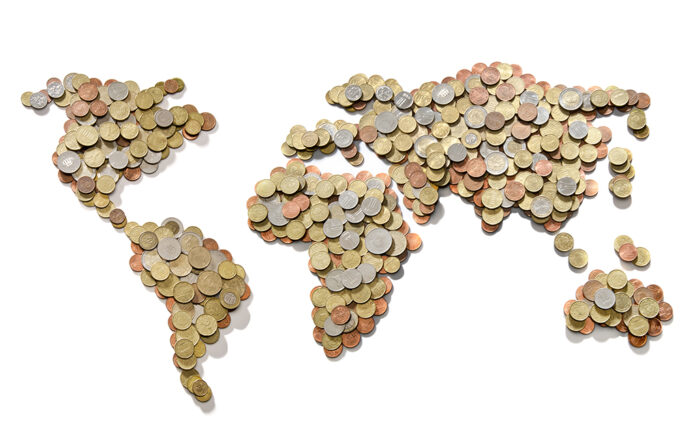 The Benefits of Prioritizing the Gospel in Your Financial Decisions

Churches have just gone through—and are possibly still in—one of the more difficult economic seasons of their history. COVID-19 changed the economic course of so many lives, families, businesses, and nations. Clearly, what is happening in our economy has had an effect on our churches. With most church members basing their giving on the goal of giving ten percent, this can be greatly affected by an economic downturn. Housing, food, transportation, and entertainment will all cost the same. What is given to the church is often the piece of the budget that church members cut when times get tough.

Surprisingly, this is often the way the church views the missions budget. In most churches when giving is down, the missions budget is the first to take on the cuts. The mortgage still needs to be paid and we prioritize keeping the lights on and the auditorium cool. Unfortunately, in times of economic downturn or budget cuts, churches decide to cut their missions budget.

This is unfortunate from simply a stewardship perspective. If our goal as churches is to “make disciples of all nations,” shouldn’t global missions be the thing that we wall off when times are tough? Shouldn’t we make the auditorium a few degrees warmer in the summer, print off less materials, and potentially even shift some positions around to make room for global missions giving? There is an inherent, biblical reason for keeping our missions budget the same that should drive our churches more than anything to give to global missions.

I want to be clear that the number one reason to give to global missions as a church is what was mentioned in the last paragraph. But I want to throw out another reason as well. From just a pragmatic standpoint, don’t you think that people are inspired to give more to global missions than to pay off debt, keep the lights on, or hire more staff?

At our church, our lead pastor, Mark Vance, set a vision before our people. He said, “Instead of being a marginally better megachurch, what if we strove to be a sending church?” He shared this just after we paid off our debt on our building. He said that most megachurches, when they pay off their debt, put all their extra money into things that make them marginally better: new speakers for the auditorium that are noticed by 10 people; staff personnel that are hired to turn volunteer roles into paid positions; expensive changes that make marginal gains to the experience of members.

Instead, what we decided to do was to reallocate all the money we were spending on debt to outward-facing ministries such as national church planting, local mercy ministry and global missions. While we lost a couple of people in our church who wanted us to become a marginally better megachurch, we gained the heart of our people. Our people have been inspired by the growing percentage of dollars that are given toward outward-facing ministries. We jumped from 27% to 40% of our general fund giving towards missions. This didn’t hurt our giving as a church. It actually vastly increased it. Not only did 13% more go toward outward facing ministries, more dollars came into the general fund account of the church. Our giving actually increased.

Elders, leaders, pastors, do not quickly run to cutting your missions budget. Biblically, we have to be captivated by the vision of seeing the gospel go to every tribe and tongue and not allow ourselves to be distracted from that vision.

Pragmatically, there’s actually a really good chance that your church’s budget will increase because of what you are doing in global missions. Inspire your people with the opportunities around the world. I believe you will see their pocketbooks open as their hearts are stirred by the ultimate goal of human existence: to see our great God worshiped by every tribe, tongue and nation.

From Outreach Magazine  How to Find Your Personal Calling