Home Features Child Bridge: A Purpose and a Possibility 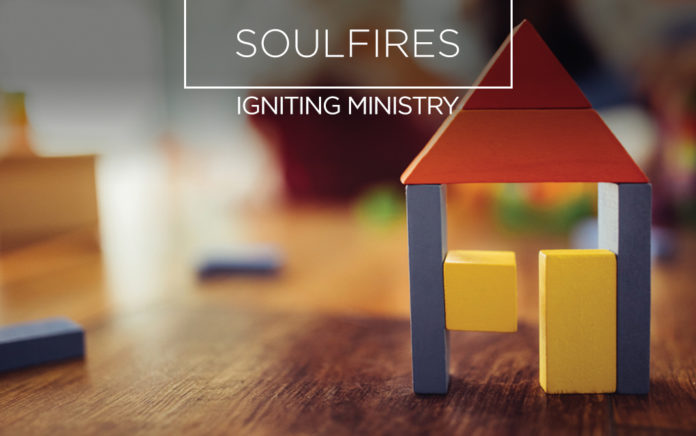 How one statistic changed the futures of over a thousand foster kids.

“Speak up for those who cannot speak for themselves. Defend the rights of the poor and needy.” —Proverbs 31:8–9

Steve Bryan pulled his truck over to the mailbox before heading up the hill to his house, just as he did nearly every afternoon. In the mix of junk mail, bills and letters that day was an issue of Outreach magazine. The Bryans weren’t subscribers. In fact, this was the only copy of Outreach that would ever show up at their house. [It was the Nov/Dec 2008 issue, “Poverty and Outreach Amid Economic Crisis.”]

Mary, his wife, noticed Francis Chan on the cover of that magazine in the pile of mail on the counter; she happened to be reading one of his books. “Don’t throw that one away,” she told Steve. “I want to read that article.”

She sat down with the magazine after dinner. While leafing through the other stories, a half-page ad for an organization that coordinated mission trips caught her eye. In bold font and bright colors, it shouted the statistics of the world’s orphan crisis.

“Steve, listen to this,” she said. “There are 143 million orphans in the world, and there are 2 billion Christians. If only 7% of us would adopt, there’d be no orphans.”

Those statistics struck Steve to his core. He stood and walked over to the fireplace before turning to look straight at Mary. “Well, we live in a Christian community. That’s a problem we can do something about.”

The Bryans still have that copy of Outreach. The ad is nothing special. If 100 people looked through the magazine, maybe one person would remember having seen it, but just as likely not. Neither Steve nor Mary can explain why it instantly set both of them on fire, except the obvious answer: God was telling them, This is my plan for you.

Mary and Steve had met and married in the mid-1990s. They were both in the middle of solid careers in the Silicon Valley tech industry. By the end of the decade, their dot-com jobs and investments were booming, and they were starting to think about where they’d eventually like to retire. So they bought a cherry orchard in northwest Montana, both as an investment and a place they could see themselves living out their later years. They had it all: an idyllic rural home overlooking a lake, challenging jobs in an exciting industry and each other. They believed in Jesus and identified as Christians, although they didn’t necessarily go to church or read the Bible. They were good people with a good life, and they were busy living it.

Then the internet speculation bubble burst in 2000, taking the Bryans’ net worth with it. They’d already been feeling the occasional tug of wondering whether there was more to life than success, but the disappearance of their assets brought home the realization that maybe they weren’t the ones in control. They didn’t turn to God for the answers—not quite yet—but they were starting to look around.

From Outreach Magazine  10 Principles for Building a Culture of Creativity

Almost three years later, Mary was in the Bay Area at her company’s headquarters for a meeting. She worked mostly from home in Montana, flying in every few months to connect with her team. As the day wrapped up, she headed out with a colleague who had offered to take her to the airport. Just before they got in the car, her boss, Ben, caught up with them and said he’d drive her instead.

As they headed down the freeway, their conversation turned to life, not work. Ben asked if she’d like to do a book study remotely with a small group he was leading; she assumed he meant a business book. Then he said they were just about to start reading Rick Warren’s The Purpose Driven Life. She’d had great respect for Ben since she joined the company, but had no idea he was a person of faith.

She and Steve bought two copies and the first sentence spoke directly to the nagging unease they’d been feeling about life: It’s not about you. And in that moment, God pulled them close. They dove into the study and found a church in their community. They dusted off their Bibles, they prayed, they taught Sunday school and led their own small group. They were still recovering financially, but life was starting to make sense.

When God put that copy of Outreach in their hands, he’d already been preparing their hearts for several years. Despite everything else going on in their lives, this burning concern for children without parents wouldn’t let them go. They started reading and researching, using their weekends and evenings to educate themselves and brainstorm ways they could make a difference.

While they were grappling with exactly how to move forward, their small group helped install a fence for a family in their church who happened to be foster parents. Dan and Laurie were Steve and Mary’s first connection to the foster care system. Mary remembers looking at one of their little girls, who was happily playing and looking for all the world like a happy, regular kid, and hearing her horrific backstory.

How is this even possible? she thought. This is the kind of thing that happens in Chicago, in L.A., not here in rural Montana.

But she and Steve quickly realized that child’s story of trauma, neglect and abuse was happening everywhere. At the time, there were 1,800 kids in foster care across Montana, each with their own awful history. God’s specific plan was becoming increasingly clear to the Bryans: Think big, but right here. How can you help foster care operate differently?

Through their interactions with that family and others, the Bryans quickly realized that the foster care system had two great needs: first, more foster families; second, educational, emotional and practical support for those families. At that time in their northwest Montana community, only 10 families had been approved and were ready to take children. Child Protective Services was sending children to foster families living several hours away from their biological parents. The need was stark and immediate.

And so in January 2011, Steve and Mary officially launched Child Bridge, a nonprofit dedicated to recruiting and supporting foster families and finding adoptive families for children who had no biological placement options. God still didn’t make it easy—they opened Child Bridge on credit cards and also worked their other jobs for over a year—but he never left any doubt that this was their calling.

Today, their model still works much as it did nine years ago. A Child Bridge representative presents to a church congregation information on the foster care need, then walks alongside families as they go through the state licensing process. When a family has a foster child in their home, an outreach coordinator stays in touch, offering support that ranges from meeting for coffee and prayer to helping arrange respite care or connecting parents to needed resources. Child Bridge also facilitates monthly resource groups, hosted at local churches, where foster and adoptive families come together to share a meal, enjoy some much-needed fellowship and learn about an aspect of caring for kids who have experienced trauma.

From their small start in Kalispell, Child Bridge has expanded and now has 20 family resource groups and 21 staff members spread across Montana. They have recruited or trained over 800 families who have in turn cared for and loved approximately 1,500 Montana foster children.

The Bryans still get up every day with the desire to help foster kids. Steve calls Hebrews 13:3 his life verse: “Remember also those being mistreated, as if you felt their pain in your own bodies.” The couple agrees that God broke their hearts and made them acutely feel these children’s hardships so that they could walk in obedience to this plan.