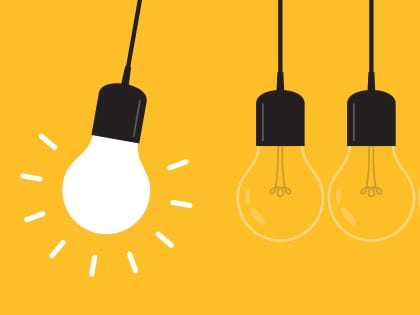 “One way to measure ministry effectiveness is to discern what percentage of your hours go to leadership development.”

During my early pastoral years, I [Carl] ministered as if the world’s salvation depended on me being available for everyone’s needs. Through my preaching, church-staff supervision, church-school administration and being on call for 24-hour hospital visitation, I conveyed the idea that I was glad to take care of any situation just as soon as I could get there.

If someone had asked why my ministry was so dependent on my own ability, I would have responded with a blank stare. I was grateful to be needed! I had a church full of people who viewed me as their shepherd—interpreted as primary caregiver. What greater sign of effectiveness could I want?

Coaching Instead of Doing

One year, however, as I was busy wearing myself out, a certain church member began to out-persist me in hospital visitation. She continually embarrassed me by being at the bedside before I could get there. Each time she gave me a report on her “rounds,” I was stung by my inability to effectively cover “my” territory. My feelings of guilt prevented me from seeing how much this woman delighted in her daily search to find and minister to a different sick person.

If this were not enough, another parishioner began handing me prospect cards on all the people she met. She seemed to come across a new person every two hours. My desk at work and dresser at home were soon buried under these cards, and all I could think of was how inadequate I was.

This frustrating overload drove me to ask a strange question. On a particular Sunday, when I saw one of these dear saints walking toward me with news of yet another contact, I became angry at the increased work she generated for me. I looked at her and thought, What on Earth has made you so caring?

An answer from heaven instantly entered my mind: I made her that way, so don’t you despise what you see.

If that’s what you’ve done, I shot back to God, then what am I supposed to do?

The Lord then impressed me with an idea that I have used ever since. I decided to coach this lady on how to do the ministry by herself or along with another layperson.

“If you were to go for me,” I explained when she again recruited me for a new hospital need, “you might select a passage of Scripture, read it, say a prayer for the person and ask if things are well with his soul.” As I continued this impromptu training session, I quickly discovered that she seemed able to learn to present the plan of salvation as capably as I had learned to do.

Even so, I was still terrified as I spoke. I was about to give away a role that most ordained people, including myself, have traditionally insisted on fulfilling themselves. I was giving ministry to an unlicensed and unordained person who had nothing but a love for Jesus, a heart for people and a willingness to be taught. Could she really pull this off without having as much training as I had? Somehow, I proceeded to encourage and authorize her to do the ministry. As she walked away, I suspected I had unleashed a dynamic that I would understand much better in the years to come.

That event indeed turned out to be pivotal. It was my first step away from a clergy-dependency mindset and a significant step toward applying the directive in Ephesians 4:11–12 for pastors and teachers to equip the saints to do the work of the ministry.

Through dozens of similar situations, the Holy Spirit has prompted me to be more effective in directing, managing and delegating ministry rather than attempting to do it all myself. Step by step, I have matured in this area, in things as little as handing some chalk to a leading board member, sitting down and letting him use his administrative gifts to chart out a change I had proposed.

Learning is always an ongoing, never-ending process. As the ancient Proverbs say: “The heart of the discerning acquires knowledge, for the ears of the wise seek it out,” and, “Instruct the wise and they will be wiser still; teach the righteous and they will add to their learning” (Prov. 18:15; 9:9).

Your Turn to Coach

Caregiving coaches are not judged only by what they can do themselves, but also by what they can get done through others. Your starting point for action, then, is to recognize the potential in taking others along with you and intentionally pursuing the training of others.

What does the following checklist reveal about how you invested your ministry hours in recent weeks?

Tally, by category, how you spent your “church” energies during the last week (or month).

Divide the total number of hours into these two parts:

From Outreach Magazine  New Life From Every Disciple

What does your prayer life reveal about your position on the spectrum of pastor as primary caregiver versus pastor as caregiving coach? What kinds of needs most regularly occupy your prayer times? Put a check next to the people who seem to garner much of your attention.

When one of your parishioners gives you a whole catalog of prayer requests, how are you more likely to respond?

Even-numbered answers tend to be ministry-coach related; odd-numbered are more characteristic of the primary caregiver.

Is a caregiving coach prohibited from doing hands-on ministry? Absolutely not. That is the privilege of every believer. But wherever possible, that should involve intentional modeling and apprenticing other caregivers. I suggest that one way to measure the effectiveness of paid, professional clergy is to discern what percentage of their hours goes to leadership development.

I challenge pastors to be minister-developers and then to measure every other effect in the church by that standard—not by how impressive the sermon is, but by how many ministers are made, and not by how available or busy the pastors are, but by the extent to which the paid staff contributes to the making of ministers who care for people both inside and outside the church.

Carl George is a church-growth consultant who has trained pastors, staff and top executives from more than 100 denominations. Warren Bird is an Outreach magazine contributing editor and research director for Leadership Network.

This article has been adapted from How to Break Growth Barriers: Revise Your Role, Release your People and Capture Overlooked Opportunities for Your Church by Carl George and Warren Bird (Baker 2017).