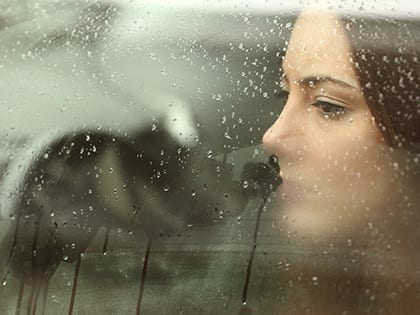 “Just as I did not choose my blood family, I did not decide who would come into this space of grace and peace through Christ.”

Sometimes when I introduce myself at professional conferences, I say I am a Mennonite feminist evangelical. There are many ways of hearing this, such as that I am enamored with labels or that I am clearly confused.

But what I want to convey by appealing to these descriptors is that I am not my own. Whatever hope I have to enjoy that eternal feast with Christ, it cannot come apart from joining myself to the bedraggled, ragtag family into which I have been baptized.

Given my strong inclination to independence and perhaps even idolatrous desire to be “unique” and authentic, I am not naturally a joiner. After all, I was born in the ’60s, and now I live in the age of selfies.

I suspect for many a Fuller Seminary student, staff, faculty and alum, claiming to be “evangelical” sometimes drops from our lips only reluctantly.

Perhaps like me, you might have a story of why that label both compels and repels you: It shapes the contours of your life and work, yet it also causes you to shift uncomfortably in your chair as you read an article, view a YouTube video, overhear a colleague’s rant or listen to certain preachers.

Yet despite the unlikeliness of it from a human perspective, I need to claim and be claimed by others if I am to be Christian.

When I allow it, Fuller teaches me how to embody these particular identities—Catholic-turned-Anabaptist, feminist and evangelical—so that they shape me for faithfulness to Christ.

Indeed, this last term must shape the other two, so that they foster not merely my desire to be “cool” but rather direct me to the One who finally satisfies my desire to belong and forms me for faithfulness.

Cool by Association: Invited into a Movement

“You are fundamentalists!” Or so claimed my Marxist professor, a secular Jew popular with students for his engaging if sometimes rough-edged presentation of history.

Like other students, I loved his class; he engaged us with his passion and pressed us with his radical criticism. In large part because of dedicated teachers like him, the experience at my small liberal-arts college was enlivening and fascinating. Material in courses challenged me intellectually; I discovered poetry in English and debated mutual assured destruction as a nuclear policy with an ex-CIA Sovietologist in political science. Like many in college, I enjoyed new, unfettered personal freedom while exploring a life of the mind.

An important aspect of this freedom for me was religious. My faith had been shaped by a devout Catholic upbringing and 12 years of parochial schools, as well as by a brother who introduced me to a God who knew me intimately and was engaged in the world.

If my Catholic heritage forever created an appreciation for liturgy and attentiveness to morality, my brother’s born-again experience and abiding faith offered a glimpse of a Jesus who saves souls, including mine. My brother was then—and remains today—a model of faithfulness for me.

But by the time I hit college, I had begun to doubt his dispensational reading of Scripture. Alongside Shakespeare, I seriously studied the Bible for the first time. I heard Jesus issue an invitation in the Gospel of Mark: “Anyone who would lose her life will save it, anyone who saves her life will lose it.” I re-envisioned my career and spent the remainder of college learning to share resources, praying and overall seeking a life formed by the Bible stories I studied each week with others.

By the time this professor “accused” us of being fundamentalists, I recognized that he was wrong not because he was trying to be insulting, but rather because he was being historically inaccurate. My brother’s reading of Scripture fit more clearly into that category; the small community of Christians of which I was now a part did not. But how could I explain this to him and to the growing number of people on campus who flung this accusation at us?

That is how I came to Fuller Theological Seminary. My college was nearby, and our InterVarsity staff had attended here. So I dove into Fuller’s library, gobbling up books on the so-called evangelical left. I discovered a rich history of other believers over hundreds of years who provided me with inspiration, from followers of Jesus who worked against slavery and poverty to others whose faith was creative, smart and fearlessly engaged in intellectual debates of their day. If this was the evangelical left, then I wanted to be part of it.

Given Southern California’s cultural climate and disdain for “religious” people, attempts to clarify our position as evangelicals (albeit left-leaning ones) as distinct from fundamentalists merely proved uninteresting to most people.

But for me, the revelation that I had become a member of a movement dubbed evangelical was initially heartening. Having struggled for years to find a religious home, I now belonged. Others shared my desire to follow Christ as Lord and Savior, trusting in his Spirit to transform us and in his Word to shape our personal and shared life.

In particular, I wanted to claim the “left” aspect of this title not merely because it was descriptive of certain commitments (e.g., to justice, women in ministry and peacemaking, as well as to historical-critical scholarship); I also hoped I could be hip—rather than merely another religious moralistic freak.

At bottom, I often still crave affirmation and belonging more than I want an abundant life that costs me, even if that cost is merely embarrassment.

The Lure of Being “Socially Progressive”

Fairly quickly, any hope to belong by association to the cool crowd via evangelicalism diminished. I got more familiar with evangelicalism, and I often didn’t particularly like what I saw.

David Kinnaman and Gabe Lyons’ book UnChristian highlights more recently and for a younger generation what many of us within the movement could have named as bizarre, inconsistent or wrong with evangelical Christian culture long ago.

As one who was raised Catholic, so many aspects of the evangelical subculture—from cheesy book covers to predictable chorus chord progressions to Christian lingo—caused me to squirm for strictly ethnic or cultural reasons. As I continued to grow in my faith, this label that I claimed—or that had claimed me through Bible studies, conferences and worship experiences—sat uneasily on my shoulders.

Like many others of my generation and the current one, I pondered whether I could get along just fine without labels, be they names of denominations or of movements.

Why not simply say I follow Jesus (whom people seem to like even if they do not know about him) and avoid the baggage that comes along with communal markers? Why not adopt an alternative identity, one unmarred by the distress and mortification the evangelical movement inevitably provokes in me (and in others like me)? I might even be better off as a witness for the gospel, unfettered by potentially distracting associations.

Over time, at least two other markers consistently offered themselves as descriptions of my commitments: Mennonite and feminist. Both of these seem at first blush to offer a greater chance for being Christian-yet-cool than the title “evangelical.” That is, despite claiming them, I might still get invited to an intelligent dinner party.

While now out of favor in mainstream culture as well as in Christian ones, “feminist” might at least still get me entrance into gatherings sometimes hailed as socially progressive.

For me, commitment to this perspective remains both personally and theologically necessary. On one hand I say I am a feminist to honor my mother, an intelligent woman born the year women got the right to vote. She had two choices of career: teacher or nurse.

Like many women and men in the world, neither of the available options quite fit her. She deeply loved, supported and respected my father. But she also wrestled with raising seven children while maintaining a career as a nurse anesthetist, often displaying profound unhappiness and sometimes despair.