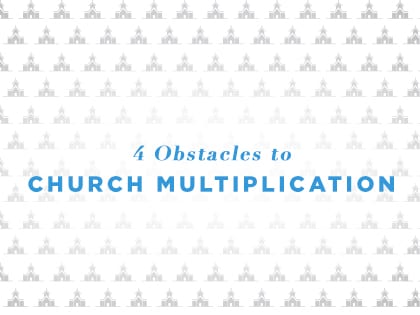 “If we really are intent on bringing the world to Jesus, whatever model we choose must be infinitely reproducible.”

As founding pastor of three churches that have multiplied exponentially, Ralph Moore is responsible, directly or indirectly, for 2,000-plus church plants around the world. More than 2,300 churches now tie their roots back to the efforts God started through the 70-something church planter, making the Hope Chapel movement the only Level 5 multiplying church in the United States. Currently, Ralph and his wife, Ruby, are planting Hope Chapel Honolulu. Below, Moore shares some of the timeless lessons he has learned as the leader of a true viral movement.

Also at issue is the way we make disciples. For many churches, disciple-making gets reduced to a class for new Christians or going through a series of books focused on helping people learn to grow deeper in their faith. But these methods differ from what I see in the lives of Jesus and the apostle Paul. They spent time with their disciples. They shared life lessons rather than curriculum.

Over the years, Hope Chapel has developed what I call a “disciple-making continuum.” Ideally, everything in our church contributes to the process of people in personal relationships where disciple-making is the goal. If we elevate disciple-making to reproducing ourselves in a few quality leaders, we will almost automatically multiply churches.

A clear vision carries the day. Through church planting, I’ve learned a few things about vision:

When we moved to Hawaii, we had a vision for reaching 1 percent of the population (10,000 people) in churches that we planted or assisted others to plant. We packaged that vision in terms of “100 churches with 100 members each.” That’s not the way the multiplication actually happened, but the vision was easily quantifiable, which made it easy for people to buy in to what we were doing.

In our current situation, we envision: 1.) Planting 30 churches over 20 years; 2.) Investing reproductive DNA in each church that we plant; and 3.) Establishing a strong church multiplication presence in three countries abroad. The three goals are biblical, global in scope and easy to remember and share.

Our current model is broken. Across America, we’ve bought in to land-intensive models with an eye toward building megachurches. We can’t allow land use to dictate the growth of the kingdom (or lack thereof). If we really are intent on bringing the world to Jesus, whatever model we choose must be infinitely reproducible.

Multiplication far outstrips addition. Many years ago, I was at a convention, waiting with a group of leaders before we went on stage. Two of the men were presidents of different denominations. One had read one of my books and was aware that we multiplied churches. He asked how many churches we had planted. At that time, the number was just over 100. He suggested that if each church we planted averaged 100 people, we had the equivalent of a megachurch. Suddenly, the other leader grew more interested in the conversation. He came from a group that puts most of its focus on the “bigger is better” paradigm of church development. What I think I saw were his “eyes of spiritual understanding” opening to the possibilities for growth inherent in church multiplication.

Keeping track of our numbers, however loosely, drives home the point that launching more churches is more productive than building larger churches. Compare the total attendance of 1,000 small churches to that of any large church, and you’ll see my point.

Another obscure side benefit of multiplication is the leadership factor. Most leaders, myself included, will never pastor a megachurch. The leaders who can are especially gifted. However, a great many leaders are capable of meeting the needs of a smaller congregation, which means you don’t need the best person to do a job. Rather, you need a capable person. Think about the National Football League. If a team owner waits to field a team until he has only the best MVP quarterback, he probably will lose his franchise. Teams go with the leadership they can find. As church leaders, we are engaged in a great contest over people’s souls. We must go with the best that we can get rather than waiting for the very best before we put our hand to the plow.

1. Comfort in the Status Quo

When things are going well, it’s easy to resist anything that rocks the boat. Pastors work hard. Tending the flock is never easy. Then along comes some joker who tries to inspire you to multiply your church after working through the time-consuming process of discipling leaders. Worse yet, you’re called upon to give away some of your most productive people. It’s easy to see why complacency often takes over. The only antidote to status-quo comfort is seriously grasping that the Great Commission—Jesus’ last words on earth—is not an option. It is a mandate from our Creator and Savior.

2. The Need for Control

When it comes to trusting others, some of us struggle. The need for control certainly enters into our thinking whenever we plan to multiply our church. Twice, I’ve multiplied by leaving the church I pastored in someone else’s hands. Every other time we’ve multiplied, we’ve sent out someone I had discipled. In each case, I delegated the ministry to another person. But each time I handed over leadership, I did so with a measure of concern. The sad truth is that my own fears over control issues have probably kept us from multiplying as many churches as we might have otherwise. Control is necessary, but it can be a powerful drug, and as leaders we must learn to manage it—or it will undermine God’s plan for our lives.

I remember reading one author who suggested that you shouldn’t even try to multiply a church if you don’t have a minimum of 200 people on your launch team. His model is restrictive. I would never have planted a church if I had read his book before gathering a dozen people on our first Sunday. You need a multiplication model that suits you. Just be careful that whatever you do is both scalable and reproducible. Otherwise, you’ll quickly feel a restrictive pinch.

[Are you willing to plant your first church before building or buying your first building?]

We live in a spiritual universe. Paul tells us that we don’t wrestle against flesh and blood but against unseen rulers in heavenly places. We’ll probably never fully understand the dynamics, but we’ve all felt its effects.

I remember meeting with a newly appointed principal of the school where we had rented worship space. He told me that he didn’t believe churches should be allowed to rent public property and that he would do everything in his power to get us out of the school. I ran to the elders of our church asking them to fast and pray. Within 30 days, a quirky change in the system made it better for this man to take early retirement. A principal who was extremely friendly toward our church replaced him. I believe a battle was won in heavenly places.

However you look at it, the truth is that Satan does his best to resist the church and any forward movement. Scripture tells us that repeatedly. If you begin making disciples in earnest, and you attempt to multiply, you will be challenged. But the Scriptures also tell us that Jesus is the ultimate victor and that the gates of hell will not prevail against his church. Expect the battle, but expect to stand in his triumph, as well.

Ralph Moore is the founding pastor of three churches. He and his wife, Ruby, live in Hawaii, where they are currently planting Hope Chapel Honolulu. He has authored several books dealing with disciple-making and multiplication, including Making Disciples, How to Multiply Your Church, Starting a New Church and the eBook You Can Multiply Your Church: One Journey to Radical Multiplication.