Home Features How to Transform a Church From Homogeneous to Multiethnic 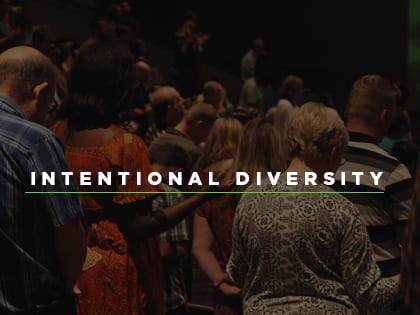 For more than 30 years, Dr. Bob Roberts, founder and senior pastor of NorthWood Church in Keller, Texas, has been an inspirational champion of the gospel and the local church. His vocational ministry is noted for its emphasis on church planting, leadership development and overseas mission. Beyond this, and perhaps more intentionally, aggressively and successfully than any other evangelical leader in the United States today, he has developed first-name-basis relationships of transparency and trust with rabbis, imams, sheikhs and other leaders of various faiths, as well as political leaders around the world whose countries are opposed to the spread of Christianity.

Nearly four years ago, however, Roberts began to wonder: How can I rightly extend the love of Christ to the people of Vietnam; to Muslims, Arab, and Jews; to followers of Buddha; to Communists; and to a whole host of others across the oceans, yet not love similar ones across the street from my church?

Roberts recalls, “It wasn’t that I didn’t love diverse people in our community, or that others different from us were not welcome at NorthWood. Rather, in those days I came to understand the significant difference between diverse others being part of our church and feeling as if it is their church.”

The majority of the population in Keller has traditionally been white. Rather than use this as an excuse to remain homogenous, however, Roberts began to consider the rest of the population and move toward them intentionally. Thus, he began to transition NorthWood into a church of living color, a transition that continues to this day.

But it hasn’t been easy.

“When we began to be more intentional, we had to make room not just for color but for culture; and that was challenging,” Roberts says. “Make no mistake: People voted with their feet. And what I soon realized is that the majority culture of a church is generally fine with diversity as long as those from other cultures are only sitting beside them in the pew. But when diverse people are appointed to leadership positions, it becomes problematic. Sadly, for some, it’s just too hard to follow someone from a different ethnic or economic background.”

Similarly, this is true of some senior pastors when it comes to hiring staff of diverse ethnic backgrounds. Many are fine with hiring people of color to work for them, or join their team, but seemingly not to share the pulpit or responsible authority for the entire church. In fact, pastors suggesting their church is multiethnic today will be fact-checked by potential congregants who visit the church’s website and more specifically, the pictures and positions of vocational staff.

According to Roberts, pastors of existing churches must get over any fear or reluctance to lead their churches toward becoming multiethnic.

“First, because it is New Testament biblical; period.

“Second, if we truly care for people as we say we do, we must demonstrate this in tangible ways, in more than words. This is done and increasingly being judged by the diversity of our membership and staff.

“Finally, because any church that desires credibility today cannot ignore the issues and complexity of race and still expect to be heard or respected.”

From Outreach Magazine  When Good Fruit Comes From Flawed Leaders

Pastors like Roberts who are determined to pursue a multiethnic transition can expect some people to leave the church. But what is also true is that many others will in fact stay in the church because of your decision to change. These faithful members will affirm and follow your leadership. They will get on board to help make the dream a reality. And because they do, many more will be drawn to your church over time.

Indeed, pastors today should realize that the better measure of local church effectiveness is breadth of diversity and subsequent influence in the community, not homogenous size. Stated another way: To effectively evangelize increasingly multiethnic and economically diverse communities, establishing healthy multiethnic and economically diverse churches is no longer optional—it is essential.

As Roberts concludes, “Over time, the value of humanity must become more important to us than the value of size and homogeneity.”

Mark DeYmaz is the founding pastor of Mosaic Church of Central Arkansas, co-founder and president of Mosaix Network. His latest book, re:MIX—Transitioning Your Church to Living Color (Abingdon Press) was released in 2016.